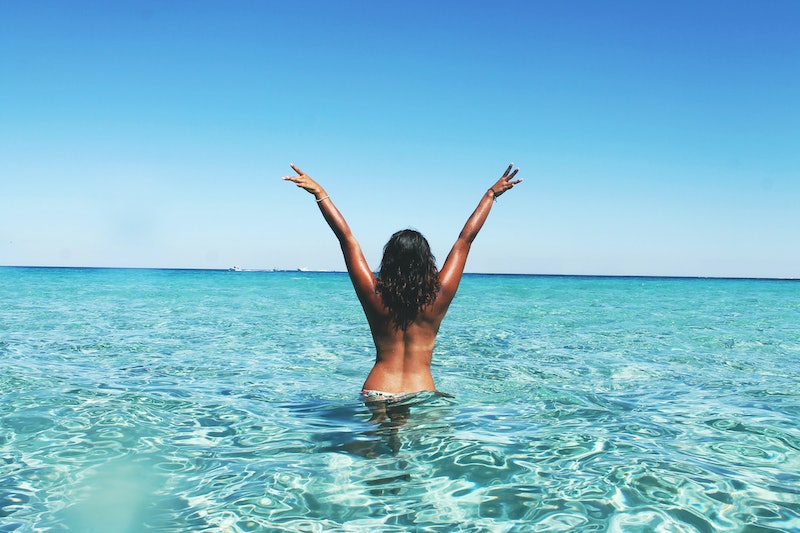 How do you respond when someone compliments you? Do you play dumb? Go out of your way to act flattered? Pretend to be surprised, because there's no way someone could notice how pretty or smart you are? If you're Feminista Jones, you do none of these. Instead, she agrees with men when they compliment her, making an interesting point: Why do we need to act oblivious when a man says something nice about us?

Jones is a social worker, activist, and author in Philadelphia. On Monday, she tweeted this message to her 137,000+ followers: "Piss a man off today: Tell him you agree with his compliment of you." That one statement alone makes for a good chuckle; but what came afterward was interesting, to say the least. At the time of this article, the tweet has garned over 6,800 likes and 3,400 retweets. Jones tells BuzzFeed News, "It's not a new idea, but in my own experience when [a man] complimented me and I say, 'I agree,' they get upset. It’s the idea that they bestow the compliment on you, and you’re not supposed to be aware of it."

Based on men's reactions, it appears as though by accepting and agreeing with a compliment about our attractiveness, we become less attractive. So ladies, you have to at least pretend you think you're ugly.

Hilarious? Yes. Thought-provoking? You betcha. While Jones's original tweet and the subsequent responses are good for a hearty laugh, they speak to a larger problem looming: this idea that while men can feel confident in women, we're not supposed to feel confident in ourselves. It points to that stereotype of the ideal woman being vulnerable, sensitive, unsure, finding that glimmer of hope only when a man looks at her and says, "You're beautiful."

It goes back to the double standard that frames self-assured, confident, even slightly outspoken women as arrogant or unattractive. In men, such a trait wouldn't be problematic. In fact, it might even be a turn-on — because yes, it's a good thing when people feel good about themselves! Yet when a man looks at me and tells me I'm pretty, I'm supposed to blush, look behind me to see who he was really talking to, and stammer, "M-me? No..." That's right — even after a man has so graciously validated our good looks, not only do we not accept except it, but we actively deny it.

Easy solution, right? Not quite — because when we change our approach, we're met with conflict. This isn't just about a woman feeling good about herself. It's about how our culture views a woman who feels good about herself. Until a woman finding herself beautiful doesn't make her less beautiful in another person's eyes — until a man won't take back his compliment upon learning that she, too, likes her body or her hair — it's a two-way street, folks. We all have some work to do.

More like this
Are Gemini & Scorpio Compatible In A Relationship?
By Kristine Fellizar
The Most Compatible Life Path Numbers, According To Numerologists
By Kristine Fellizar
What Is "The Ick?" The TikTok Dating Term, Explained
By Courtney Young
Thank U, Ex
By Rosemary Donahue
Get Even More From Bustle — Sign Up For The Newsletter