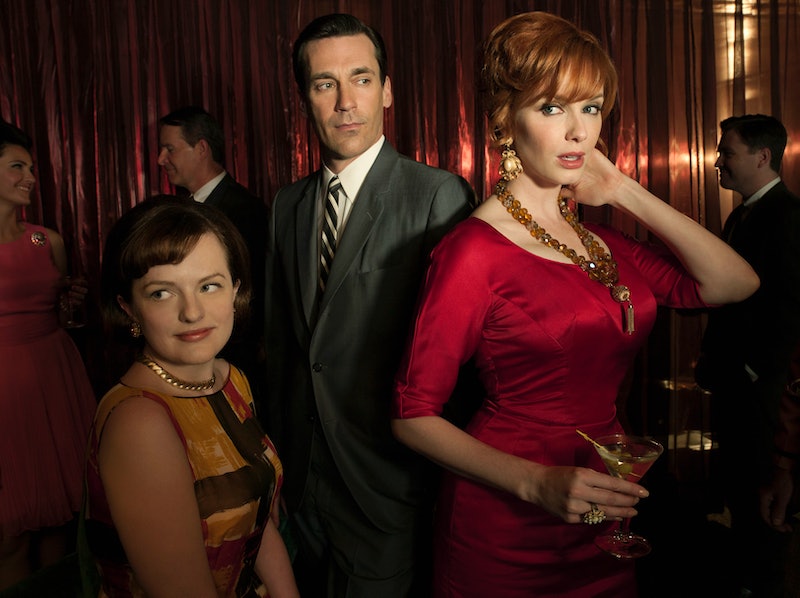 Indian prime minister Narendra Modi caused a Twitter uproar on Sunday when he “complimented” Bangladeshi PM Sheikh Hasina for her stance on terrorism by saying, “I am happy that [she], despite being a woman, has declared zero tolerance for terrorism.” Women all over the world were rightly outraged by Modi’s implication that it’s somehow unusual for a woman to make a firm stand against terrorism. But if nothing else good came out of it, we can at least say that the kerfuffle brought some necessary attention to the issue of backhanded, sexist “compliments” in the workplace.

Supposed compliments, like Modi’s “despite being a woman” comment, are more than just rude. They perpetuate damaging stereotypes about what it means to be a woman, and indirectly tell women that, whatever their accomplishments are, they will continue to be seen as female first, and as professionals second. Sometimes, people make these non-compliments because they are overtly sexist, but I get that people often say things with good intentions, and simply don’t realize that what they’ve said is insensitive. But whether a backhanded, sexist compliment happens out of malice or out of ignorance doesn’t really matter. Either way, it’s not OK, and it’s up everyone to think about what their words mean and how they affect others.

Below, I describe some “compliments” that are actually demeaning and sexist. But of course, I can’t delineate every single way that someone can be sexist. So here’s a general guideline: If you’re about to compliment a woman at work, ask yourself, “Is this something that I would say to a male colleague?” That question alone can help you separate the good from the bad. For example, I assume you’d feel comfortable saying to a male colleague, “Frank, I really liked your idea about revamping the schedule,” or “Mike, you did a great job in that presentation.” But I’d bet you’d feel less OK with saying, “You know, Jeff, I usually think men are bad with numbers, but you’ve really surprised me!” or “Hey Stanley, that new sweater really makes you look thinner.” See? It’s not so hard.

So without further ado: Guys, don’t say this stuff.

1. Anything with “Despite being a woman” attached to It

Modi has already made it abundantly clear why it’s a bad idea to tell a woman she’s good at something “despite being a woman” — as if being a woman is inherently a setback to professional performance that someone deserves commendation for overcoming. "Man, that whole 'being a girl' thing could've really fucked things up for you, but against all odds, you made things work anyway!" If you make this kind of statement, you’re basically saying, “Women are terrible at doing X, so good on you for overcoming the horrible disadvantage of being born female!”

Nobel Prize laureate Sir Tim Hunt came under fire this week for making a speech at the World Conference of Science Journalists in South Korea, in which he said:

He later apologized for the statement, but reiterated that having both women and men in a laboratory setting can be disruptive. The controversy sparked a #distractinglysexy trend on Twitter, with awesome lady scientists showing just how “sexy” things get in the lab. (Hint: Not very sexy.)

Take Hunt’s PR disaster as a lesson, and avoid making comments to your female colleagues about how sexy they are or how you are distracted by their ladyness. You may think that it’s a compliment to tell a woman she’s sexy — and in some situations, it is — but in a work environment, doing so sends the message that the only thing you see when you look at her is the fact that she’s a woman. You’re saying, “Because you are a woman, my interest in you is always, first and foremost, as a sexual partner. Your status as a professional and a work colleague doesn’t matter.”

(Also, to take another lesson from Hunt: Don’t call your female co-workers, bosses, or employees “girls.” They are grown women, and should not be addressed as children.)

Yes, telling someone that she’s “cute” can be a compliment in certain circumstances. But at work, it comes across as condescending. Puppies are cute. Little children are cute. Sloths are freaking adorable. Your female colleague? Not cute. If you’re looking for good, complimentary words to use, try: "Capable." "Creative." "Quick-thinking." "Funny." "Helpful." "Innovative." There are endless possibilities!

Uh, thanks but no thanks. You don’t need to insult my whole gender to say something nice about me. Thankfully, this offensive wannabe compliment is easy to fix. Just lop off that first bit: “You’re a really good programmer.” Period.

This is a great way to tell someone (male or female) that 1) He or she used to look terrible, and 2) The thing that was terrible was his or her weight.

6. "You look great! Have you gained weight?"

7. “That skirt makes you look …” Actually, you should just stay away from comments about women’s bodies altogether.

It’s certainly not always bad to compliment a woman on her appearance. But when you do so in a work environment, you’re sending a message that “You’re my co-worker/boss/employee and, because you are a woman, you are defined by your body and your looks.” Would you say “Hey, your legs look great in those pants” to a male co-worker? No, you would not.

8. “It’s great that you’re so dedicated to your job! If I were you, I’d have a hard time leaving my kids at home!”

Don’t make assumptions about what a woman’s home life is like. And don’t make statements like this one, which start out as compliments, and end with, “You are a terrible mother.”

9. “You’re so great at balancing work with having a real life! I’m stuck here at the office all the time. I don’t know how you manage to find so much time to raise kids!”

The flip side of #8, this “compliment” shames a woman for having the temerity to have a life outside of her job (and does the extra work of letting you compliment yourself for your own dedication).

10. “Women usually make terrible bosses, but you manage this department just like a man!”

When you “compliment” a woman by telling her she has supposedly masculine qualities, what you’re saying to her is that the masculine is inherently superior to the feminine, and that if she wants to succeed, she should try to shed her own gender. That's not nice.

Just as it’s not OK to compliment a woman for “overcoming” her gender to be more like a man, it’s also not cool to automatically cast her in a domestic role because she’s female. The fact that your boss or colleague is a woman doesn’t automatically make her your warm and fuzzy mom substitute.

More like this
20 Things You Should Never Tolerate In A Relationship
By Rachel Sanoff and Kathleen Ferraro
Most Comfortable Underwear For Big Butts
By Audrey Williams
August 2022 New Moon Do’s & Don’ts
By Brittany Beringer
Your Daily Horoscope For August 18, 2022
By Alexandria Lettman
Get Even More From Bustle — Sign Up For The Newsletter