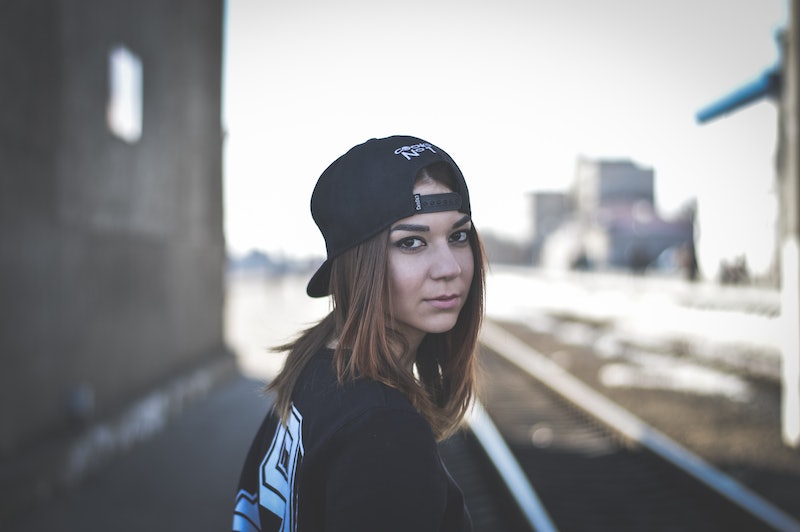 For as long as I can remember, people have complimented my appearance. I’m not complaining about it, either. I think it’s safe to assume that most women, myself included, like being told they’re pretty. So for the record, it is OK to enjoy giving and receiving respectful, body positive compliments about how women look sometimes. That said, the problem is that appearance is so often the only thing that women are praised for. Giving women compliments that aren’t about appearance is one way to help fight the message that we are just our looks.

When I think about the women in my life, I’m truly amazed by how strong, hardworking, and brave they all are. Being a woman, even a woman of privilege, comes with a load of patriarchal bullsh*t. Women are conditioned from girlhood to believe that their bodies aren’t their own, that they don’t deserve the same rights as men, and that it’s their duty to look perfect all of the time. So while it’s definitely not wrong to tell the women you love that they’re beautiful, you should also compliment women when they inspire you.

In that spirit, here are seven creative compliments to give the women in your life that have nothing to do with their appearance. You’re welcome!

I don't know about you, but I love being around ladies who make me laugh. This obviously means I enjoy hanging out with funny women, but sometimes I don't even need to think a joke is particularly funny to start laughing. More often than not, it's the genuine laughter of other people will trigger my own. It's so fun for me to hear people crack up that I crack up too, and I don't think I'm alone in this.

When I hang out with women whose laughter is so delightfully infectious that it makes me want to laugh, I have to tell them about it. It's one of my favorite compliments to both give and receive for a few reasons: Of the many things women are taught to feel self-conscious about, how we laugh is pretty high on the list. On top of that, I think most of us like making other people giggle, and laughter is literally good for us. So the next time you find yourself in the company of a woman with a great laugh, tell her about it.

Last year, one of my good friends said this to me while we were hanging out. I don't even remember what we were talking about or where we were exactly, but it made me really happy. In fact, I still feel good about myself when I remember her words. I love that I've become the kind of woman who encourages other women to feel empowered and awesome. Not only did this compliment leave me feeling like the dang Feminist Queen Of Female Friendship, I think this is when I first started to realize that I need to be as supportive of myself as I am of other women.

Anytime I remember receiving this compliment, I'm reminded of the very real power I have to encourage and motivate women, (including myself) and that feels amazing. This compliment is solid because it encourages both the person giving it and the woman receiving it, and it does all of that without ever touching on how either of them look.

"You're So Talented — I Hope You Know That"

OK, so this compliment might not be the most creative one to give, but it's an important one. For any woman who's struggling to land a gig in her field, or any woman who deals with mental illness, compliments like this one can provide so much comfort and encouragement.

I've been writing professionally for more than two years, but I still feel the way Sylvia must have felt when she spoke the quote above. So don't underestimate the power, or the necessity, of this simple compliment. You may think your friends and acquaintances are so clearly talented that they don't need to hear about it, but you're probably wrong.

"I Feel Like You Would Be The Ideal Travel Buddy"

Some of my dearest friends are also people that I shouldn't travel with. It's not even entirely their fault, either. Our incompatibility as travel buddies is just as much about my personality as it theirs, and that's OK. The fact is, even really good friends can't always travel together peacefully. But if you can honestly tell a woman that you think she'd be an excellent person to travel with, that's a huge compliment. It means you think she's easy to get along with, adventurous, and a whole other slew of fantastic traits. I know I'd be happy to hear it.

"Your Work Ethic Inspires Me"

Any compliment that praises a woman's ambition is rad, but what I like so much about this particular compliment is how it's tied to a woman's character rather than her achievements. I feel like there's so much pressure among millennial women to have "cool" jobs, and I get it. But I also feel like it's unhealthy to tie so much of your worth to where you're at professionally, rather than the spirit behind your efforts.

When I moved to New York City, I made a friend who would just naturally take charge when we were out and about. She'd been living there for over a year when we met, so she was more familiar with the city than I was. (She's also just a born leader, in my opinion.) Since I was typically alone in the city unless we were hanging out, it was always such a treat to walk the city with her. I think I felt the most safe and relaxed when she was around, and that was largely because I trusted her to lead me. Even better, she was happy to do so without ever being asked. I'm not sure if I ever complimented her about this, but I will in the future for sure.

If my friend reminds you of anyone you know, tell them how grateful you are that they're willing to take charge and lead the way for both of you. They may have no idea how much their willingness to lead means to you, but they'll probably feel like a badass after you compliment them about it.

That same friend who lead me all over Manhattan and Brooklyn really didn't love my decision to bail on NYC, and I get it. I mean, New York is unlike any other place on Earth. I miss so much about it sometimes, but everything from my mental health to my work suffered during my time there, so I made the choice to leave.

Recently, my take-charge-buddy told me she loves how I don't let anyone get in the way of what's best for me, and that she's proud of me for working hard and taking care of myself. It was such a simple compliment to give, but it left me feeling really good about myself. Tell the women in your life how proud you are that they know how to put themselves first, because it's not always an easy thing to do. Protecting your peace takes courage, assertiveness, and hard work. Plus, like all of the other compliments we've been talking about, this one has nothing to do with appearance.