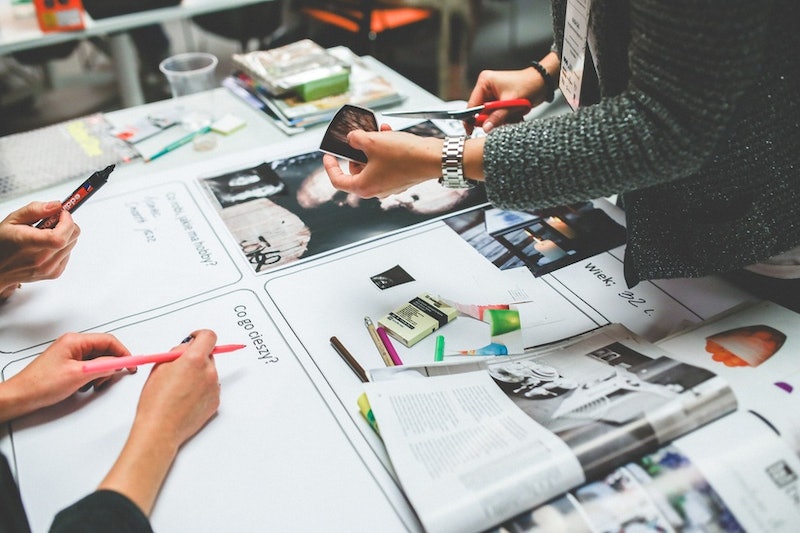 Compliments are awesome — they instantly make you feel better about yourself, and in a society where we're so occupied with critiquing one another, it's an amazing feeling when someone else notices something positive about you and points it out. But when you're a woman, it seems more often than not that our gender greatly affects the kinds of compliments we receive, ultimately making them subtle put downs or not-so-subtle sexist remarks. And it seems that in general, the thing women are most complimented on are our looks. Now, of course, there's nothing wrong with telling a woman her hair looks amazing or that her new contouring is YouTube-worthy. It's fine to notice what a woman's wearing and comment on it, if they are words of positivity. I mean, who doesn't love to hear that they look great?

But when it becomes increasingly apparent that the majority of compliments aimed at us concern our looks, that's when it becomes problematic. Whether you're a man or a woman yourself, there are so many other things that you can compliment your girlfriends on besides their looks. Men get much more meaningful and diverse compliments than just remarks on how they dress, and it's time we start putting the same kind of thought into complimenting women as well. After all, if Beyoncé is right (which she always is), then it's us girls who run the world, and we sure as hell didn't get there on our looks alone. The next time you're grabbing lunch with your girl friend, tell her how awesome her new lipstick is, and then compliment her on one (or all!) of these other traits that deserve much more recognition:

This should be a super obvious one, so why is it still so difficult for people to do?! As a woman who has spent the last four years in academia, you have no idea how great and rare it was to have someone compliment me on my research skills or the particulars of my literary criticism. I don't think it's that we consciously decide to not compliment women on their brains, it's just something that we don't automatically pay attention to. There are plenty of examples of extremely smart women not getting the acclaim that they deserve, which is unacceptable. Let's start caring more about what's in women's heads than how they style the hair on it.

If a woman is an artist — writer, painter, photographer, digital illustrator, etc — then tell her how awesome her work is. In fact, even if she isn't an artist, if she's good at whatever her job is, she'll naturally be a creative person; note situations where you see this, and compliment her on her innovativeness. Heck, contrary to popular/misogynistic belief, even stay-at-home moms require creativity — think of all the stories and tricks your mom devised to get you to eat vegetables at three years old, and the infinite ways she kept you engaged and learning. We're not just capable of thinking; we're capable of thinking fresh, inspired, and interesting thoughts.

I'm not talking the "You're single? Oh, I guess that's why you put in all those late nights" half-joke/full-on backhanded compliment; I mean a genuine "You're so accomplished, I hope to be where you are in five years' time." There are so many women whose careers are phenomenal, and although it's still difficult for society to not view a female boss as bossy (and instead as, ya know, the boss), we need to try harder to praise a woman's career as earnestly and sincerely as we would their perfect winged eyeliner. We've worked extra hard to get to where we are today, and we'd like to recognized for shattering that glass ceiling to be at the top of the game.

Why is it that when a man is brutally honest, he's being direct, but when a woman does it, she's "b*tchy"? If you ask a person for advice or for their opinion on something, you'd want them to be honest, right? Honesty is a trait that everyone should strive for, so let's stop punishing women who are determined to say what's exactly on their mind. My best girlfriends are the ones who will answer me truthfully whenever I ask them something important, even if it's not the answer I want. If we wouldn't label a man's honest opinion as "catty," then let's stop doing that with women, and let's start praising those who care enough to be frank.

I'm talking about small things like Taylor Swift lyrics, but I'm also talking about big passions like writing, charity work, travelling, and so on. This partially ties back to talking about their career since, hopefully, they're doing what they're passionate about, but everyone has passions outside of their job. If you find out that they get excited by something obscure like fifteenth-century Icelandic children's literature, then admit that that's a pretty niche topic, but compliment her for being so knowledgeable, tell her that it's not weird or "nerdy," and ask her to tell you more about it (and be genuinely interested).

Her Sense Of Humor

Wanda Sykes! Ellen DeGeneres! Amy Poehler! Mindy Kaling! These aren't just names of really successful and awesome women, they're names of really successful and awesome and funny women, and these are just four names on an evergrowing list. Although professional comedy is still a male-dominated industry, we women have proven that we can be every bit as funny as the most prominent male talk-show host. If one of the best things about a woman is her sharp wit or sarcastic comebacks, then tell her. A funny woman will be much more flattered to hear that you think her material is fresh and engaging than to just hear that she looks great.