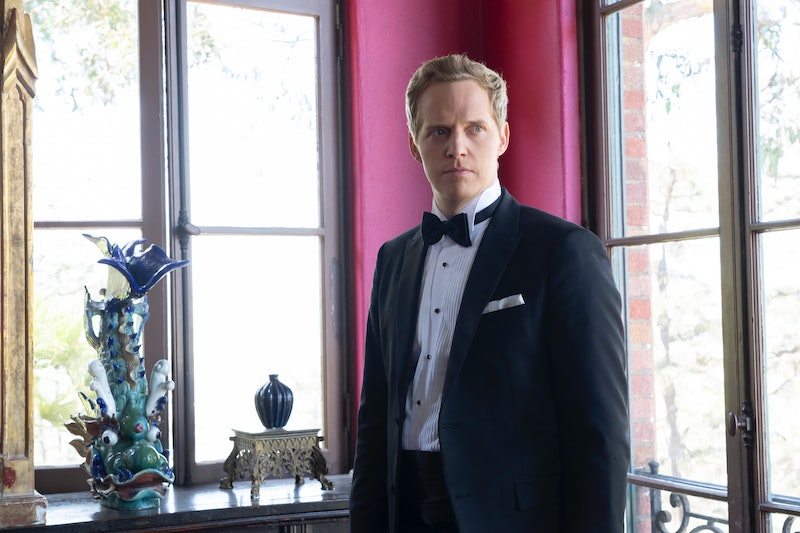 Ever since Jimmy discovered Gretchen was sneaking out of bed to sob in her car, he's tried everything to "cure" her depression. In a recent Season 5 episode, he even tried to say he understood it simply because he was having a down moment and feeling sad, only to wake up happy the next day because he "chose" not to let it get to him. No matter how much Gretchen has tried to communicate that depression isn't something that can just go away, Jimmy has kept trying to "fix" it — which would almost be sweet if it wasn't so actively harmful. But after years of not getting it, things finally seem to click for Jimmy in You're The Worst's final moments.

Though the word "trigger" isn't explicitly mentioned, Gretchen and Jimmy's conversations about marriage make it clear that the idea of commitment could be a trigger for Gretchen's depression, and that being "stuck" in a marriage or feeling like she let down a partner are thoughts that make her close herself off from the rest of the world. So after running off to a diner hours before their wedding is scheduled to start, Gretchen and Jimmy decide to abandon marriage entirely, and instead stay together and choose each other every day...until maybe, one day, they don't.

They seem perfectly happy with the arrangement until Gretchen checks one last thing, saying "You know there's always a possibility that someday I might leave my phone and keys at home and step in front of a train. You know that, right?" We know from the flash-forwards peppered throughout the episode that, at least for a few years, she and Jimmy manage to find a way to make it work — and even have a kid. But in that moment, with an uncertain future ahead of him, Jimmy responds in a way that suggests he's accepted Gretchen's depression will always be a part of her. "Yeah," he says. "But I'll get over it really quickly. Like, record-setting."

That last part is obviously a joke, but it's true to their relationship. He's acknowledging something very painful and real, and then immediately downplaying it with humor; he and Gretchen have always shared the tendency to make light of their darkest moments. But it's nonetheless a sign that he does realize Gretchen's depression is ever-present, and that it's something that, no matter how hard he tries, cannot be controlled or "cured."

You're the Worst has always shirked the traditional narrative of having its characters spend the series growing and becoming better people. They started out terrible and toxic, and they end in pretty much the same place. In fact, out of everyone, Jimmy has been the most resistant to change. But this small ounce of growth is proof, as we see in the flash-forwards, that he's capable of someday being the partner Gretchen has always needed him to be. Or at the bare minimum, that he's genuinely trying to get there. And now that his and Gretchen's story is over, it should be reassuring to fans that they get a "happy" ending — by Jimmy and Gretchen's definition, anyway.

More like this
'Stranger Things' Season 5 Will Echo Season 1 In A Key Way, The Duffer Brothers Confirm
By Kadin Burnett and Sophie McEvoy
‘Squid Game’ Creator Hwang Dong-Hyuk Just Dropped A Major Season 2 Tease
By Brian Anthony Hernandez and Bustle Editors
Everything To Know About 'Westworld' Season 5
By Sophia Moore
What's New On Netflix: A Third '365 Days' Movie & Lili Reinhart’s New Film
By Arya Roshanian
Get Even More From Bustle — Sign Up For The Newsletter