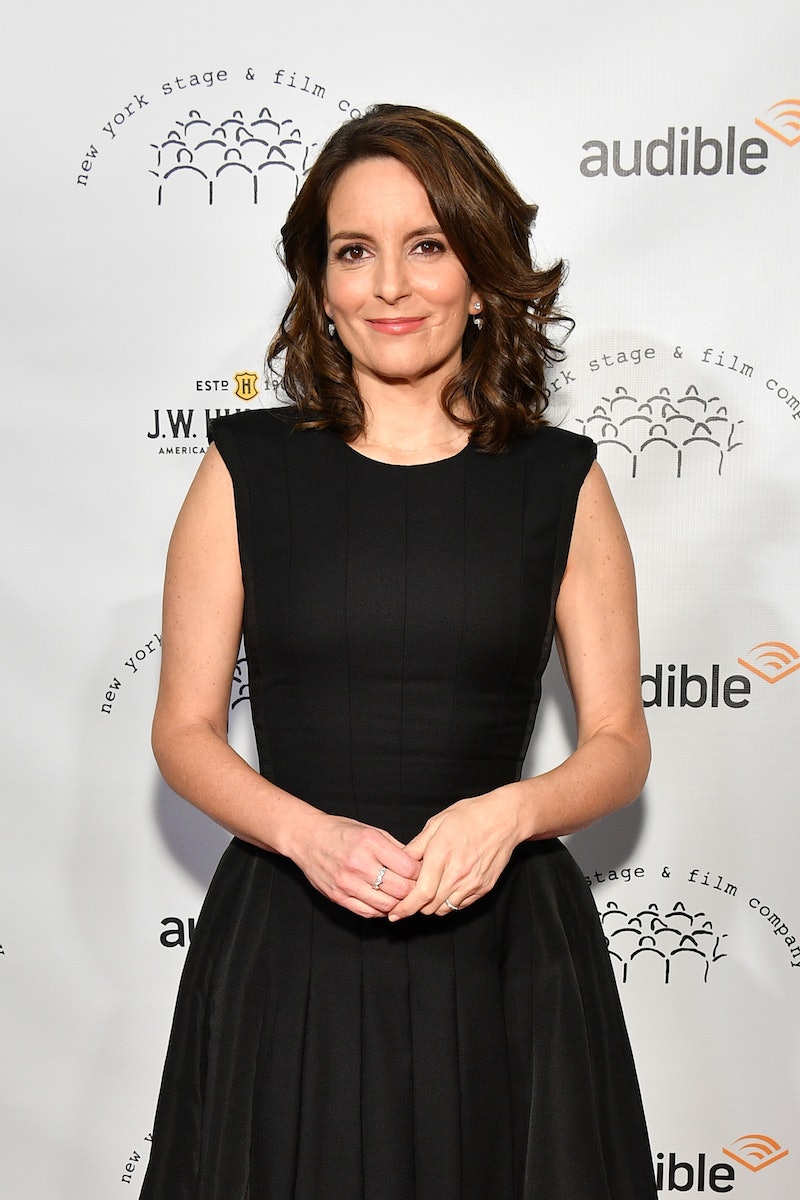 On the heels of the Broadway debut of Mean Girls the musical, Tina Fey revealed that the original script for the Mean Girls film was actually about her character, teacher Ms. Norbury. On Tuesday, April 10, Variety indicated that the initial idea was to feature Fey as a teacher who makes it her mission to reform a group of students in her class. However, Fey shares that things took a turn once she felt that the teenaged girls' storyline became a "more interesting' prospect.

Fey, who adapted Mean Girls' narrative from the book “Queen Bees and Wannabes,” by Rosalind Wiseman, says that the story changed drastically as the writing process for the film developed. Variety shares that Fey wrote most of the script during a summer on Fire Island, where the former Saturday Night Live alum gathered information on the adolescent perspective by asking teenagers about their life experiences. Fey told Variety that all-in-all there were actually a total of "10 drafts over the course of 18 months."

“With every draft, the girls became more interesting. The first draft would have been rated R. Even in the PG-13 movie, we had to take a lot of things out."

The film grossed $129 million internationally, according to Box Office Mojo, and helped to turn Lindsay Lohan into a movie star. It also kicked-off the successful acting career of Rachel McAdams.

Mean Girls also went on to become a pop culture phenomenon gifting fans with sayings such as “Stop trying to make fetch happen!” and spawning into an endless number of video tribute, GIFs and memes.

In the Variety interview, Fey recalled:

“I think it was the first movie set Lindsay was on without her parents. She was 17, and her guardian was also her assistant, who was a sweet girl who was 22, from her hometown.”

“And then seeing it: Oh, no. I’m an idiot. That’s film acting. I think the fact that she was a truly skilled actor is what made it not drift into camp.”

In the years since Mean Girls' 2004 theatrical debut, Fey had been told by many that the film's narrative would make for an amazing musical, according to Variety. When others sought out rights to the production, Fey told the publication that she remembers thinking, “I don’t want anyone doing it who is not me."

The situation eventually prompted Fey to modernize her original screenplay to make it more relevant for a 2018 audience and Mean Girls the musical was born. While the initial version was certainly great enough to be adapted in its original form, Broadway's Mean Girls has been updated to include references to social media, and other advancements in human interaction.

Fey recently pointed out to Variety,

"The movie was about relational aggression among women. But now that behavior has really metastasized across our society, and you see it everywhere. You see it in people being horrible to each other on social media. So if anything, it's gone wider. It's such an escalation in the interpersonal arms race."

In addition to its update in technological advancements, the stage production's songwriter, Neil Benjamin discussed that Regina George, the movie's number one "mean girl," will have more dimension in the new production.

He explained to Vanity Fair in March that the Broadway return of Regina is more of a "boss." Benjamin explains,

“Nobody wants to be mean, but everyone wants to kind of find their inner boss. And I think there’s a way to make Regina’s inner boss really positive, and I think in our musical Tina has done that in spades."

Although the stage play, which opened on April 8, does not feature Fey as a performer, the 47-year-old comedian made a surprise on stage appearance during the program's curtain call last Sunday. Fey took the stage, joining the cast for the bow alongside her husband and the musical's composer, Jeff Richmond, according to People.

It goes without saying that Mean Girls will forever hold a special place in the hearts of fans. However, it's hard to imagine the narrative being told in any other perspective than through the eyes of the teen girls who helped to make it so special.