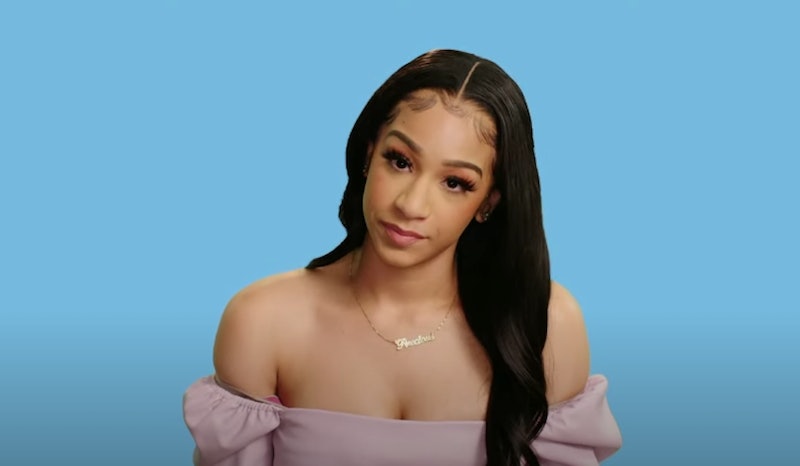 It's not easy being the child of a celebrity. And it's especially challenging when they make very public, very disturbing comments about your sex life. Deyjah Harris, T.I.'s daughter, is opening up about her father's comments on her virginity. In the latest episode of her family's reality show T.I. & Tiny: Friends & Family Hustle, Deyjah revealed how she reacted to the comments, and how they affected her relationship with her dad.

Back in November 2019, the rapper said on a since-deleted episode of podcast Ladies Like Us that he regularly took Deyjah to the gynecologist to "check her hymen” and see if she was still a virgin, causing major backlash across the country. In a new clip from T.I. & Tiny, fans see Deyjah and her whole family reacting to the interview. "Things are completely uncomfortable for me right now," she says in the clip. "I’m scrolling on Twitter and I see I’ve been tagged in a post. The only word I saw was ‘gynecologist.’ I didn’t even need to read the whole title 'cause I just knew. My heart sank. [I'm] very shocked, hurt, angry, embarrassed."

Deyjah reveals she attempted to deal with it by "not thinking about it," which her cousins told her was unhealthy. "I know it’s not healthy," she says in tears. "But I’ve been doing that since I was a child." She also added that her dad had a double standard of how he treated her and her brothers, and said that it makes her look at him differently. "My dad even jokes with King about becoming a baby daddy," she noted. "He would never joke like that with me."

At the time of the comments, T.I. upset a lot of people by dismissing the fact that a hymen can break in many ways, not just sexual intercourse, and perpetuating the idea of "virginity tests."

"Doc, she don’t ride no horses, she don’t ride no bike, she don’t play no sports," he recalled telling the doctor, adding that "as of her 18th birthday, her hymen is still intact." The resulting backlash eventually resulted in Deyjah unfollowing her dad on social media, and podcast hosts Nazanin Mandi and Nadia Moham removing the episode.

About a week after the controversy, T.I. appeared on Jada Pinkett Smith's Red Table Talk and expressed regret for upsetting his daughter. "I am incredibly apologetic to her for that," he said, adding that he and his daughter were working through the drama in private. "She understands my intentions and she knows who I am," he said. "She knows who I’ve always been, and I think that that allows a certain level of understanding."