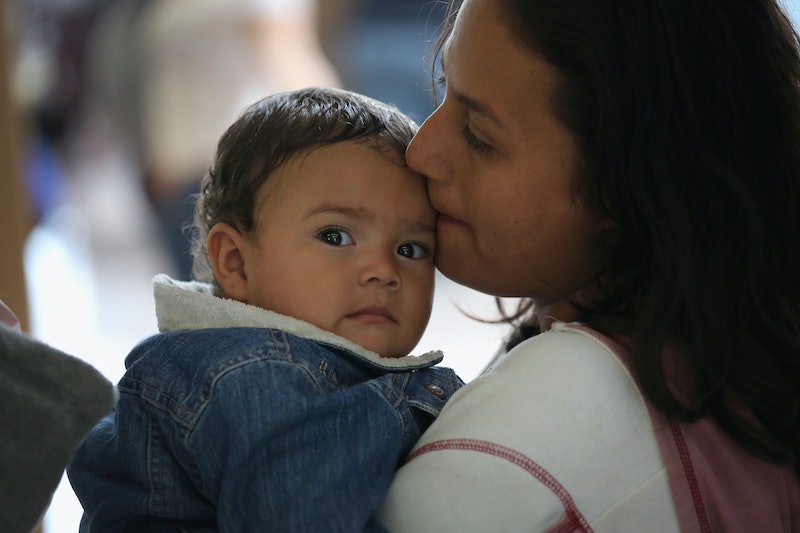 America as a nation has always been an experiment. At any given moment, some people are happy with the country's direction — and some are appalled. To Americans who don't feel welcome in America right now, I don't want to minimize your fear or normalize the state of the nation by arguing that history has shown that the arrow of progress rarely runs straight. Everyone who is worried about the current administration has a valid reason to do so. However — strength must come from somewhere. If you're having trouble finding your own, then I will argue that if you look in the right places, many of your fellow Americans are offering you more sources of strength than ever before.

The day after the election, I could equate the feeling consuming me to the feeling from only one other day in my life: September 11, 2001. Shock, sinking dread; a sneaking suspicion that what I knew as my home had suddenly and irrevocably changed. From the reports I heard from friends and family members who found themselves crying on sidewalks, I know that I wasn't alone.

I live abroad, and a week after the election, I boarded a flight taking me back to America. When I got there, I didn't want to look at people on the street, because I knew that at least some of them had made a decision that had indirectly left me feeling that way.

Racism, sexism, and so many other forms of bigotry had won the night, and the next four years. But as we've also seen, terrible though Trump's first few weeks in office have been, that's not the end of the story. There may be a noted white supremacist in the White House, but the voices of tolerance are ringing out from the streets. And as Trump himself can't seem to forget, there are far more of those voices than voices he has supporting him. More people voted for Clinton than for him. And there are far more people missing Obama's presidency than celebrating Trump's.

You're not alone. If you call America home, it belongs to you. That's what all of those people are trying to remind you of.

The arrow of progress has taken a terrible, terrible turn — but it hasn't disappeared completely.

If you're feeling unwelcome in your own home, it's because some people are purposefully trying to make you feel that way. Your feelings are totally justified. Trump has been saying terrible things all along, so others now feel empowered and able to express bigoted beliefs publicly. But you're not alone, and those people are not in the majority.

To feel like you're at home again, try not to focus on the people trying to take it away from you, but on the people emphatically trying to give it back. Take the Women's March, and the continuing movement sprouting from it. Take the money that the ACLU has raised, blowing all of their expectations and giving them the means to fight harder for civil rights across the board. Take Silicon Valley coming out in support of immigration, and all of the companies tempting fate by airing overtly political ads at the Super Bowl.

You're not alone. If you call America home, it belongs to you. That's what all of those people are trying to remind you of.

That openness is all part of the American ethos, no matter what the new president and his advisors say. It's written into the nation's founding documents and etched onto the Statue of Liberty.

America is still an experiment, and experiments do sometimes go wrong. They do sometimes require correcting — and I believe that we can see that in action right now. If you're feeling unwelcome in the place that should embrace you the most, remember that. You are part of the nation correcting itself. You're part of what's putting that arrow back on track. And in the future, the sinking feeling will only be something that you can be proud of fighting through.