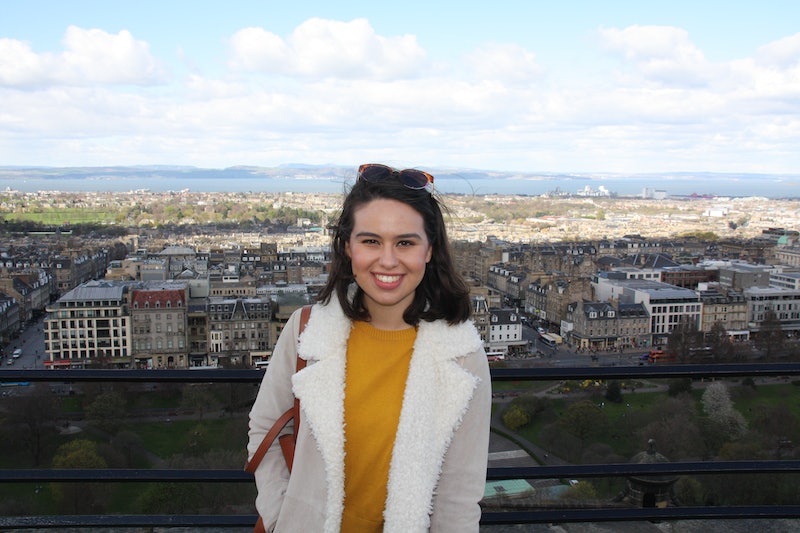 In the third episode of This Is Us, Season 3, Toby waits in the hospital for Kate to get out of her egg retrieval surgery. Randall looks on as Toby's leg jitters up and down seemingly uncontrollably. To anyone who doesn't know that Toby has recently stopped taking his anti-depressants in order to up his sperm count, it looks like he's simply nervous for his wife. But to viewers who know what he's done, it's yet another sign of the risks Toby has taken by removing himself from medication without a doctor's supervision. Many fans are probably questioning Toby's decision, wondering what would drive someone to stop taking their medication and put themselves and those that love them at risk. But as someone who has also experienced some of the physical costs of going on anti-depressants, I understand Toby's decision.

Psychiatrists will often extoll the virtues of anti-depressants to their patients. They say things like, "They'll help balance your mood, lower the anxiety, get you back to your old self. You wouldn't reject taking insulin if you had diabetes, would you?" That one seems to be a particular favorite, and it's an apt comparison. The stigma that still exits around mental illness prevents many people from considering medication that they need as a treatment option. Anti-depressants absolutely should be seriously considered when recommended by a doctor, as should any treatment option for any other medical condition.

But what wasn't yet fully clear to me, before I made the decision to go on medication, was how often, in exchange for regaining control over your mind, you surrender some control over your body. Toby's snap decision in the bathroom to go off meds in order to up his fertility levels is not so difficult to comprehend for someone who has been in his, albeit fictional, shoes.

I was diagnosed with panic disorder my sophomore year of college. I had been fortunate to have never struggled with anxiety or panic attacks before then, but it was when I turned 20 years old that something flickered like a lightbulb in my brain chemistry. Suddenly, I was having panic attacks all the time. I was unable to sleep or eat. My heartbeat felt like I had just finished running sprints. All. The. Time. Because of how I felt, I stopped going out to parties or campus events. I could barely make it through a class without panicking. I felt like a shell of myself.

After about a year of trying to tackle my mental illness through Cognitive Behavioral Therapy alone, my on-campus psychiatrist finally put it to me straight: If I wanted to go for a semester abroad feeling healthy and panic-free (which I wanted to do, more than anything) then I should really consider anti-depressants as an option. I finally put the stigma aside— I didn't want to be known as a girl on anti-depressants, which is both a reflection of my own insecurities and of the way society considers those with mental illness — and started taking Lexapro. And it worked. Slowly but surely, I started getting control of my life back.

I recognize a lot of myself in Toby, though he struggles from depression rather than panic disorder, conditions which are decidedly different. In a particularly candid conversation between Toby and Randall about their respective struggles with mental health, Randall notes that he would "never would have known" that Toby struggled with depression, just as Toby noted he wouldn't have guessed Randall battled anxiety from "the way [he] present[s]." It's once again an example of how powerful societal stigma and shame is (for men in particular), but it's also a sign of how effective Toby's treatment method had been. Clearly, the medication had been working for him. So why go off?

I've started going to the gym five times a week. I spent a summer eating vegan. I tried (unsuccessfully) cutting out dessert. I've had my thyroid tested. In the end, the answer seems to be that my anti-depressants, the thing that is keeping my mental health on track, is throwing my body out of whack.

Over the past two years that I've been on anti-depressants, I've fully come back into myself. Anxiety and panic no longer rule my life and guide my decisions like they once did. But gaining mental control has come at a physical price. Since going on Lexapro, I've gained weight steadily, significantly more than the few pounds my psychiatrist warned was in the realm of normality as a side effect, and my self-esteem took a massive hit.

I've had to trade out pairs of jeans more than once as my weight climbed, always keeping the smaller sizes shoved in the back of my closet, "just in case." I've started going to the gym five times a week. I spent a summer eating vegan. I tried (unsuccessfully) cutting out desert. I've had my thyroid tested. In the end, the answer seems to be that my anti-depressants, the thing that is keeping my mental health on track, is throwing my body out of whack.

For Toby, the experience is different, but still indicative of that mind/body dichotomy. His anti-depressants allow him to be healthy, good-humored, the Toby that Kate (and This Is Us fans) love so much. But it also has had significant consequences on his body, namely that his sperm count is much lower than average, which could be part of why he and Kate are failing to conceive. A doctor tells him that's likely a result of his medication. Toby faced the same dilemma I did, when my psychiatrist suggested the possibility of lowering my dosage in order to get my weight gain under control: Should I risk my mental health for my physical well-being?

I decided to maintain my dosage. I had worked too hard, made too much progress, to risk throwing a wrench in the works because I was uncomfortable and upset by my dress size (which, let's face it, is just another way that society works to create unhealthy standards for women). I still eat healthy and go to the gym regularly. At the beginning of the summer, I couldn't do a single push-up on my toes, and now I can do 20 of them. The scale still doesn't say what I would like it to, but I've tried to focus on other health and fitness related gains.

Toby chose a different path. He and Kate desperately want a baby, and his antidepressants were hindering that possibility. So he dumped them all down the toilet. No medical health professional would ever recommend quitting antidepressants cold turkey especially without the guidance of a doctor. SSRI withdrawal can cause a variety of symptoms, ranging from dizziness and restless legs to numbness, manic behavior, and even suicidal thoughts, according to Harvard Health Publishing.

Despite his rash decision, I understand exactly why Toby did what he did. It is so frustrating to feel that gaining control over your mind means sacrificing control over your body, especially when it impacts a life-change as significant as having a baby. So, while many viewers might shake their heads in confusion when Toby has a blow up before Kevin's premiere, or when he has the breakdown that seems to be brewing in Episode 5, I feel only sympathy. I know why Toby was willing to risk his mental health to reestablish autonomy over his body, because I have thought about making the same choice more than once.

No matter what Toby ultimately decides, his story on This Is Us has helped to normalize the struggles that many of us who go on anti-depressants experience. I hope there are others who watched and, like me, felt a little less alone.