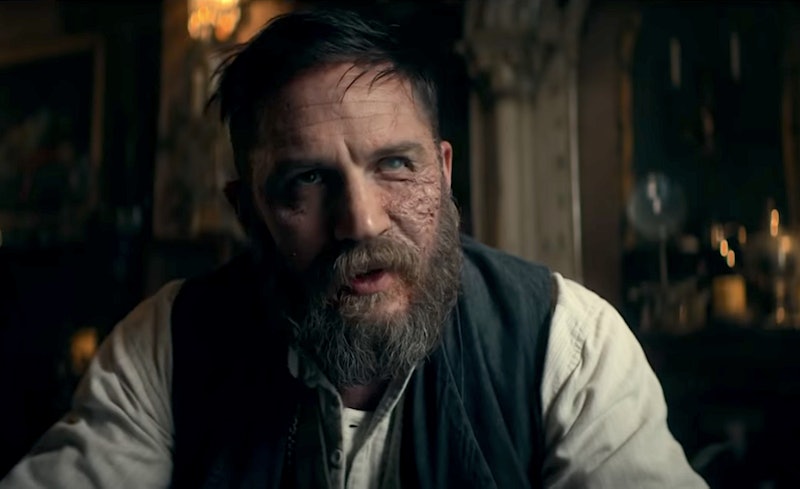 There's something missing on TV at the moment isn't there? A huge, period-drama-shaped hole in Sunday night entertainment that you can't help but pine over. Nothing beats litres of tea/wine and tubs of biscuits/chocolate accompanies by a 9 p.m. costume drama full of characters with silly names. Does anything really need to happen for these to be a televisual warm hug? No, but when it comes to exciting period dramas, the BBC's new adaptation of Great Expectations could well be up there with the greats.

For those shouting, "Really? Another one?" you need to take a long hard look in the mirror because this adaptation is being helmed by the one and only Steven Knight. Yes, that's right, the man behind Peaky Blinders and the 2019 adaptation of A Christmas Carol is now taking on another Charles Dickens classic. And bringing the extra star power is Tom Hardy and Ridley Scott, who will be on board as producers for this exciting new production. Both Hardy and Scott also worked with Knight on A Christmas Carol, so we already know they're the dream team.

Speaking to the BBC, Knight explained why he wanted to take on this particular Dickens tale:

"Adapting Dickens’ work is a delight. I chose Great Expectations as the next work to bring to the screen not just because of the timeless characters, but also because of the very timely story. A story of class mobility and class intransigence, told through an intensely emotional and personal first-person narrative. As the son of a Blacksmith myself, Pip’s journey from the forge into society is a very special one to me."

Although the UK film and TV industry industry is pretty much on pause right now owing to the coronavirus crisis, it's great to see that big productions are in development and the future looks bright for Sunday nights.

This article was originally published on May 14, 2020