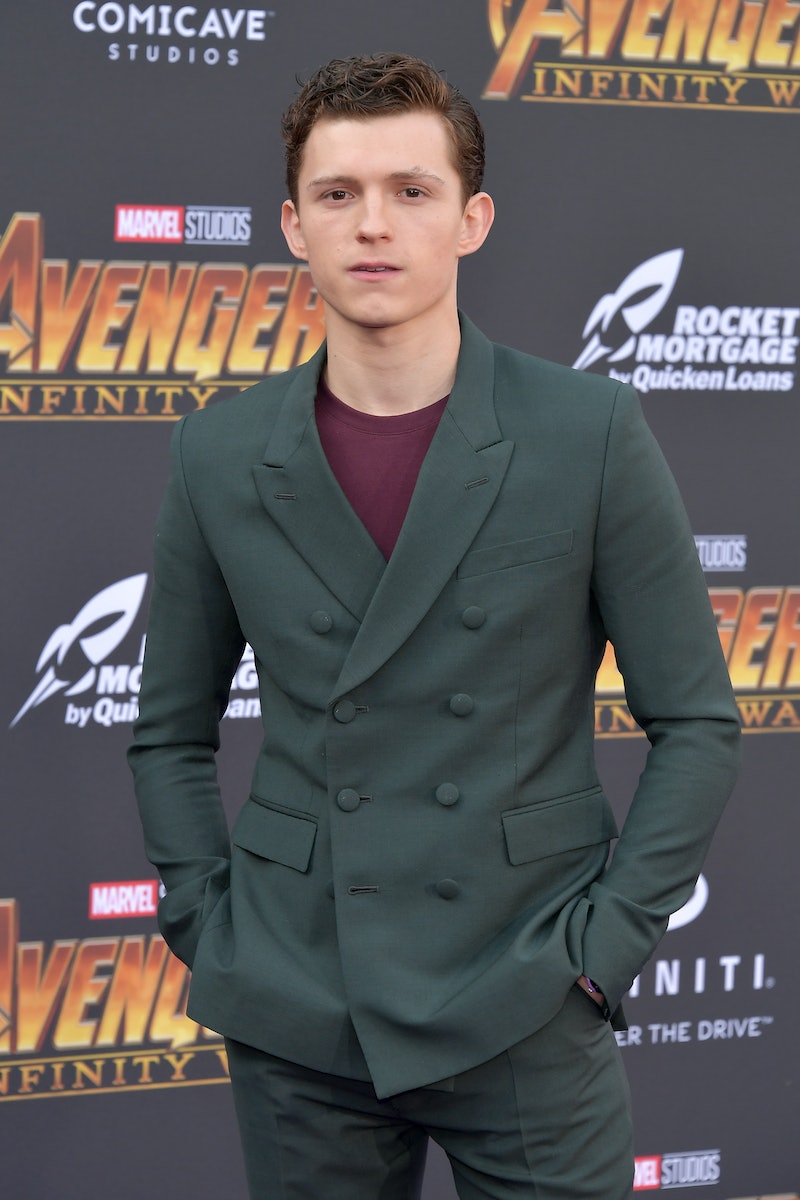 Social media is going to be a little less friendly now that Tom Holland is taking an Instagram break. The Spider-Man star announced his hiatus on Oct. 2, breaking the news so that he can focus on a new movie he's filming with Joe and Anthony Russo. But despite Marvel Cinematic Universe and Sony reaching an agreement to keep Spider-Man for at least one more movie, Holland's latest film with the Russo brothers isn't Avengers-related.

Upon announcing his temporary Instagram departure, Holland shared a photo with his dog. He captioned the image, "My Pooch and Me. Off now to go begin my latest venture with the @therussobrothers I’m going to be taking a short break from instagram, so see you all in the not so distant future."

Holland is starring in Cherry, directed by the Russo brothers, who, of course, also recently directed the actor in Avengers: Endgame. The movie, which will reportedly film near Cleveland, Ohio, is based on Nico Walker's semi-autobiographical book of the same name, released in 2018. The story follows an Army medic who returns home to Ohio with un-diagnosed PTSD after serving in Iraq. He becomes addicted to opioids and ends up robbing banks.

Speaking on a panel at San Diego Comic-Con, Joe teased Cherry. "It's a story about drug addiction and the opioid crisis. It’s touched us both, it’s a deeply personal movie for us," he said, according to Deadline. "The gent who wrote the book went through the same growth arc in the same part of the city we grew up in — but different experiences." Anthony added that the movie will be rated R due to its complexity and maturity. "It doesn’t have the surface-level entertainment as Marvel films, but these are stories that need to be told, and Joe and I are in that position to get these stories made," Anthony told the audience at Comic-Con.

According to The Guardian, Walker returned home from Iraq "with what a forensic psychiatrist later described as one of the worst cases of PTSD he’d ever seen." The publication also reported that Walker completed 10 bank heists in only four months before his eventual capture. In 2012, Walker was sentenced to 11 years in prison, where he wrote his book.

Holland's Cherry role clearly couldn't be more different than Peter Parker. But, don't worry, seeing as the 23-year-old is officially coming back for the third installment of the Spider-Man series and an as-yet-unspecified Marvel film, fans can expect to see him as the web-slinger once again in the future.

In August, Deadline reported that Sony and MCU failed to reach an agreement about Spider-Man's future rights, which meant that Spider-Man would no longer be a part of the Marvel Cinematic Universe. Thankfully, on Sept. 27, The Hollywood Reporter broke the news that the two studios were able to make a deal, securing Spider-Man's return to the MCU. Marvel Studios President Kevin Feige said in a press release obtained by Bustle, "I am thrilled that Spidey’s journey in the MCU will continue, and I and all of us at Marvel Studios are very excited that we get to keep working on it." He continued, "[Spider-Man] happens to be the only hero with the superpower to cross cinematic universes, so as Sony continues to develop their own Spidey-verse you never know what surprises the future might hold."

Holland might not be filming another Spider-Man or Avengers right now, but working with the Russo brothers again isn't a bad deal, especially when the future holds even more of the friendly neighborhood Spider-Man.