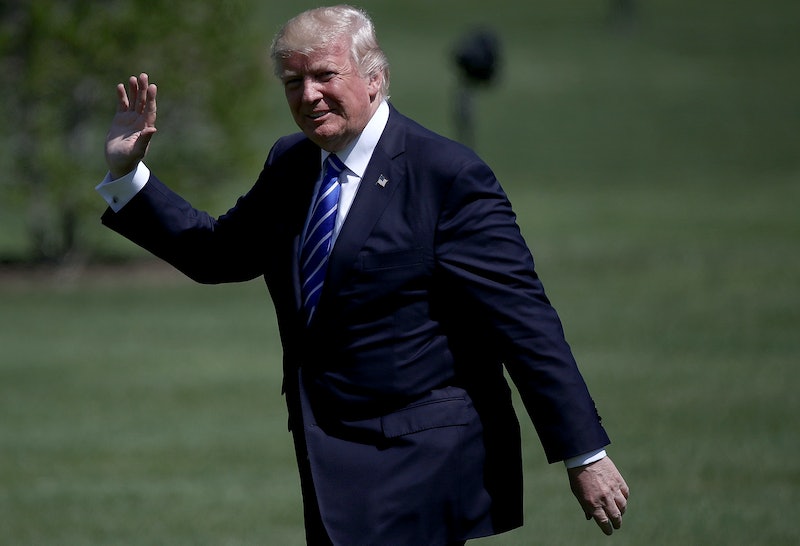 Amid all the controversies and scandals of the still-young presidency of Donald Trump, it's no surprise that dreams of impeachment are on the minds of progressives and Democrats. But impeaching a president is no small feat, and if history is any judge, it's a very tall order ― simply put, Trump being impeached is statistically unlikely, even though impeachments (and the credible threat of them) have become a more present reality in the modern political era.

Impeachment has only occurred twice times in American history: against former president Andrew Johnson in 1868, which he ultimately survived, and against former president Bill Clinton in 1998, which he also survived. The way it works is that the House of Representatives votes on whether or not to impeach, and if they vote yes, the Senate holds a trial to decided whether or not to remove the president from office.

What has happened, however, is a president resigning in order to escape the threat of impeachment and removal. That was in 1974, when former President Richard Nixon succumbed to the Watergate scandal and left office rather than face the indignity of being impeached and removed.

Needless to say, however, that outcome is only feasibly possible if there's enough of a consensus among both houses of Congress that the president knows removal is imminent. As it stands now, however many credible reasons there are, and however much it might agonize progressives, no such consensus exists in the GOP-controlled House and Senate.

That's not to say a consensus couldn't be built, however. If the Democrats were to notch some big wins in the 2018 midterms, they could put themselves in position to achieve impeachment at least. As it stands now, the Democrats are 25 seats shy of the outright House majority they'd need to impeach, at which point it'd be left for the Senate to decide on removal. The Senate requires a two-thirds vote, however, which would likely be impossible without some level of Republican cooperation.

Which is all an elaborate way to say that you probably shouldn't get your hopes up, and if you're hoping to increase the likelihood, the best way to do so is to support and volunteer for Democratic House candidates in battleground states next year.