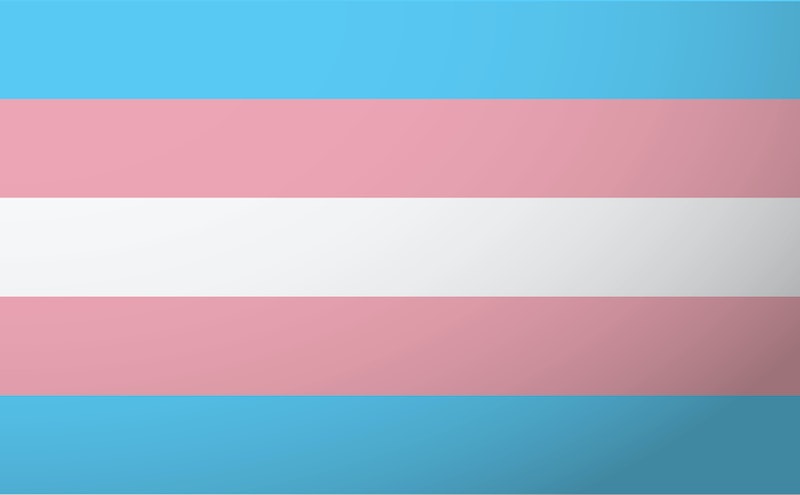 On Feb. 22, the country exploded in an uproar over Trump's reversal of transgender bathroom guidelines, which former President Barack Obama developed and put in place during his administration. Hundreds of social activists, including youth advocates, politicians, and educators alike, have denounced Trump's move, calling it "mean-spirited" and "disappointing" and, ultimately, anti-feminist.

It was back in May 2016 that Obama and his advisers created the guidelines as an effort to protect and reinforce the rights of transgender kids to choose which public bathrooms they prefer to use in their schools, based on the gender they identify with. Although the guidelines weren't legally binding, public schools could be denied federal funding if they weren't implemented. These guidelines were unprecedented by any other U.S. president, and argued that not allowing transgender kids to identify with their respective genders freely violated Title IX, a federal civil rights law that bans gender discrimination in schools.

Proponents say the guidelines protect transgender kids not only from gender discrimination, but also from being ostracized by their peers and discouraged from simply being who they are in any institution that's supposed to foster their growth.

"Transgender children are often rejected by their family and peers, harassed, traumatized and abused, and are at a higher risk for depression and suicide," Dr. Diane Horvath Cosper, reproductive health advocacy fellow at Physicians for Reproductive Health, tells Bustle. "Discouraging or punishing children for expressing their true sense of identity threatens their health and well-being, and schools have a special responsibility to protect all young people, regardless of gender identity or expression."

Critics say the transgender bathroom guidelines put women and little girls at risk for pedophilia and sexual violence by men, including transgender women. And yet, there's very little evidence that indicates a pattern between sexual violence in bathrooms versus other areas. It's not like a bathroom sign saying "WOMEN" is going to prevent a sexual predator. Instead of teaching men and women to conform to society's gender norms, why not teach our kids that it's not OK to harass or be sexually violent toward each other in the first place?

This is why transgender bathroom access isn't just a matter of trans rights. It's also an education issue. It's an issue of feminism and gender equality. More than anything, it's a human rights issue. Feminism strives for an intersectional world where everyone is equal, regardless of who they are, where they come from, or how they choose to identify themselves. And while the revocation of Obama's guidelines is a snub to the entire transgender movement, it most directly affects transgender kids who aren't of voting age yet. Thus, it's our job as adults to defend them and protect the rights of all children, and that includes trans kids.

So Where Do We Go From Here?

It's been less than a day since Trump issued a statement about his revocation, and New York government officials are already working to fight against his anti-transgender policies. Mayor Bill de Blasio tweeted that New Yorkers should use whichever bathroom they feel comfortable with, writing, "a new president will not change our values."

"Trans young people are a vital part of our communities. They should be valued and celebrated for who they are, not treated as outcasts or threats."

Similarly, advocacy groups are urging schools around the country to overlook Trump's revocation. "According to federal law, regardless of the actions of Donald Trump, schools must provide a safe haven for all of our children to learn and grow," Debra Hauser, president of the nonprofit Advocates for Youth, tells Bustle. "Trans young people are a vital part of our communities. They should be valued and celebrated for who they are, not treated as outcasts or threats. Schools should ignore this guidance and work even harder to create safe spaces within our schools for all of our children, including transgender young people."

Cosper agrees, saying that "schools should be at the forefront of the effort to create safe learning spaces for all students, not exposing thousands of children to discrimination."

Repealing the transgender bathroom access is just another way to keep people of marginalized genders "where they belong" — except this time, transgender children are being targeted. Recognizing this is absolutely essential for combating gender stereotypes and other harmful consequences of the patriarchy. Also, it's not just that transgender discrimination is harmful to women; it's that feminism is and has always been about equality for all, and not just when it's convenient for one group of people. As intersectional feminists with the power to voice our opposition, we must work together to protect not just our transgender kids of today, but the ones of the future as well. If you're not angry yet, you should be.

More like this
Bumble's "Compliments" Feature Lets You Message Before You Match
By Lexi Inks
Here's How To Support Jewish People Amid Rising Antisemitism
By Hannah Orenstein
Prince William Condemns “Unacceptable” Comments Made To A Black Guest At Buckingham Palace
By Shahed Ezaydi
Are Capricorn & Aquarius Compatible In A Relationship? Astrologers Weigh In
By Kristine Fellizar
Get Even More From Bustle — Sign Up For The Newsletter