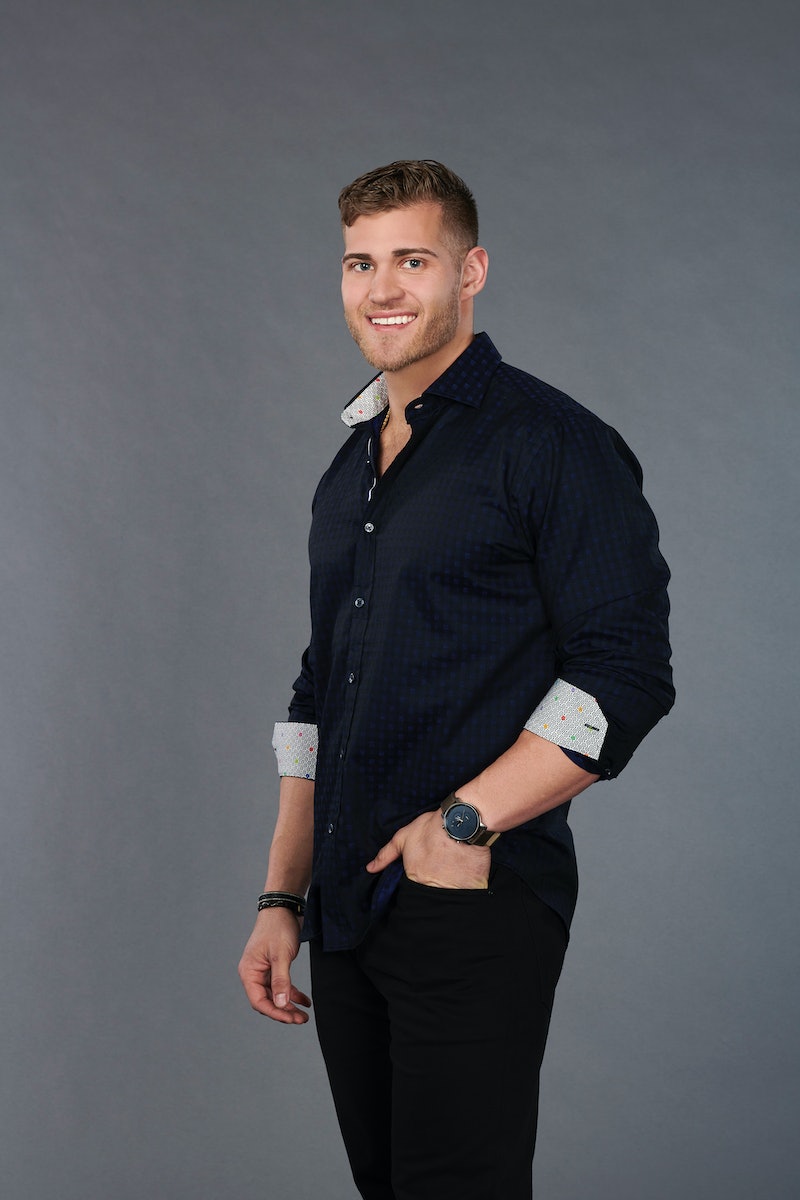 If you thought that you were totally done with Colton Underwood after last season of The Bachelor, joke's on you! Not only did one of Hannah B'.s Bachelorette contestants already jump a fence, but people are already comparing Luke P. to Colton because of their shared affinity for showering. In case you forgot, Colton was kind of ridiculed last season because of how many showers he seemed to take, so much so that it was an inside joke among the cast and viewers by the end of the season. I really hope that doesn't become a trend.

To be fair to Luke P., there wasn't a whole lot of footage of him taking a shower, but truly, why was there any? Men bathing and looking introspective is not revolutionary. In fact, can we forget everything about Colton and just let Hannah have her moment? Stop fence-jumping, stop making virgin jokes, stop showing off your shower skills! I thought we were done with this — let's not do a repeat of Becca's season in which no one would ever let her forget she got dumped by Arie.

But the similarities between Luke P. and Colton might actually serve a purpose, at least. They could signal that Hannah will be into the newcomer — she was very invested in Colton, after all.

Fans have certainly noticed the comparison, for better or for worse:

The similarities really are uncanny, even aside from the showering shots. Blonde? Check. Family-oriented, "traditional" values? Check. Religious tattoos on their hands? Check. We very well may have a frontrunner on our hands.

Of course, despite whatever happens between the two of them in the premiere, some red flags about Luke P. have already been raised. Trailers for later episodes in the season show that the other men in the house have a major problem with him somewhere down the road, even accusing him of being a liar and a manipulator.

So, even if Hannah is wooed by Luke P.'s initial charm, who knows how long that's going to last? Things can shift quickly on The Bachelorette, and if Luke isn't getting along with the rest of the cast, that could be a big warning signal to Hannah. Sometimes the rest of the contestants get to know each other in ways the lead just doesn't have a chance to, and that could spell disaster for Hannah and Luke P.

Plus, he didn't offer Hannah his coat when she said she was cold, a move that was distinctly un-Colton, and fans took notice:

But that could've been a fluke, and the teased drama could also all be a simple misunderstanding between fierce competitors trying to date the same woman. Emotions are bound to run high in that scenario, and we just don't know enough to form an opinion yet.

Anyway, here's hoping that this season doesn't feature any more shots of any of Hannah's contestants showering. We could all dedicate our time to more worthwhile things, like, you know, Hannah forming relationships with her guys and learning more about who everyone is. Colton showered enough last season for many more to come, and this season is not about him.