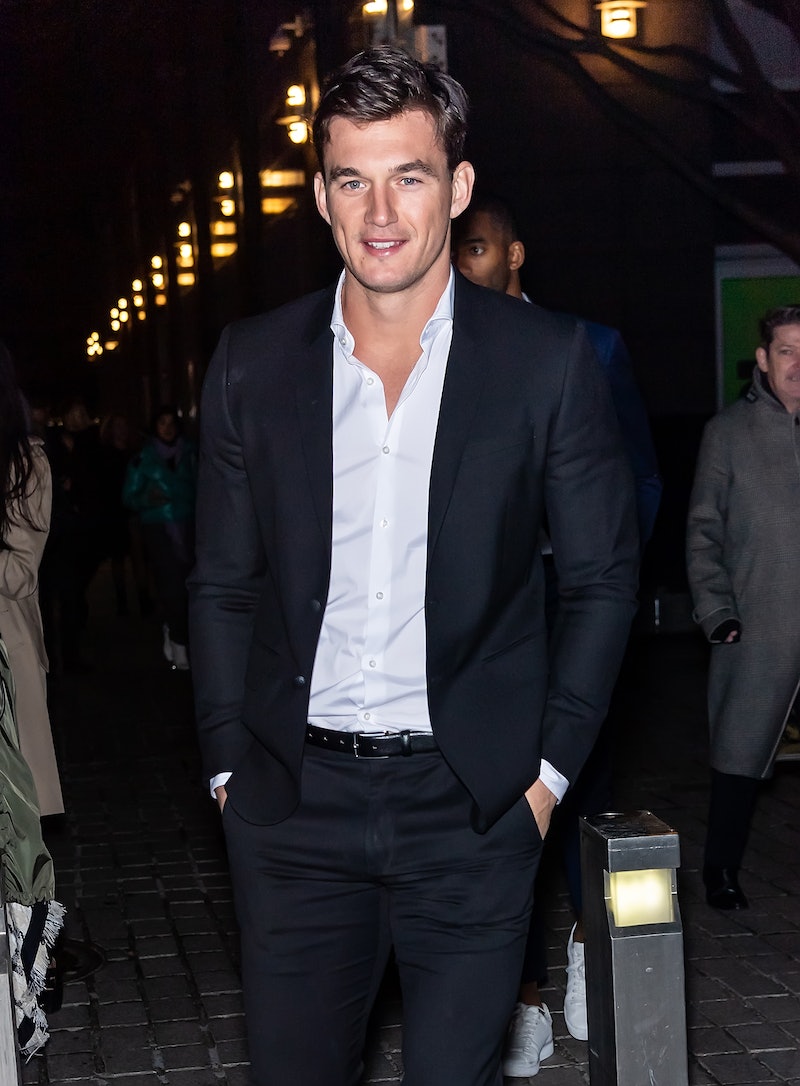 He may not have received the final rose, but Tyler Cameron is still sticking by his Bachelorette. Tyler Cameron is supporting Hannah Brown after she garnered huge backlash for singing the N-word during an Instagram Live on Sunday, May 17. Following her formal, written apology, he took to his own Instagram Story to implore fans to learn from Hannah's mistake, adding that Hannah herself is "learning" from her actions.

"In these moments, you have the opportunity to [bury] someone or lift them up," he wrote in part. "We need to lift HB up from this. She is learning and growing just like every single one of us. Love rids hate. Hate only makes more hate. Let's learn and lift each other up with love."

However, he's also not letting Hannah get away with what she said. Before he implored fans to stop hating on Hannah, Tyler shared fellow Bachelorette Rachel Lindsay's response on the issue, saying she "hit the nail on the head," and explained why Hannah's usage was indicative of a larger societal problem. "Y'all need to look at the comments," he wrote. "We have a long ways to go on this issue and a lot to learn. If you find yourself getting defensive, you are part of the problem."

The scandal started when Hannah muttered the lyrics to DaBaby's hit "Rockstar" on Instagram Live, but did not censor the N-word. When her comments flooded with complaints about her usage, she initially laughed it off and replied, “I did? I’m so sorry,” before denying saying it altogether. Hannah later issued a more extensive apology on her Instagram Story after the backlash grew larger. "There is no excuse and I will not justify what I said," she wrote. "I have read your messages and seen the hurt I have caused. I own it all. I am terribly sorry, and know that whether in public or private, this language is unacceptable."

Tyler also responded to comments he received that defended Hannah by blaming DaBaby for singing the word in the first place. "Those that say it's part of the song and that they can sing it are so out of touch," he wrote. "HB is not racist. I know. But blaming the rap artist is not the answer."

"Educate yourself and listen to what Rachel has to say about the word B*tch and hopefully it'll start to click for you," he concluded, leading back to Rachel's explanation about why non-Black people should not use the N-word under any circumstance. Hopefully, this incident will finally make it click for some people.