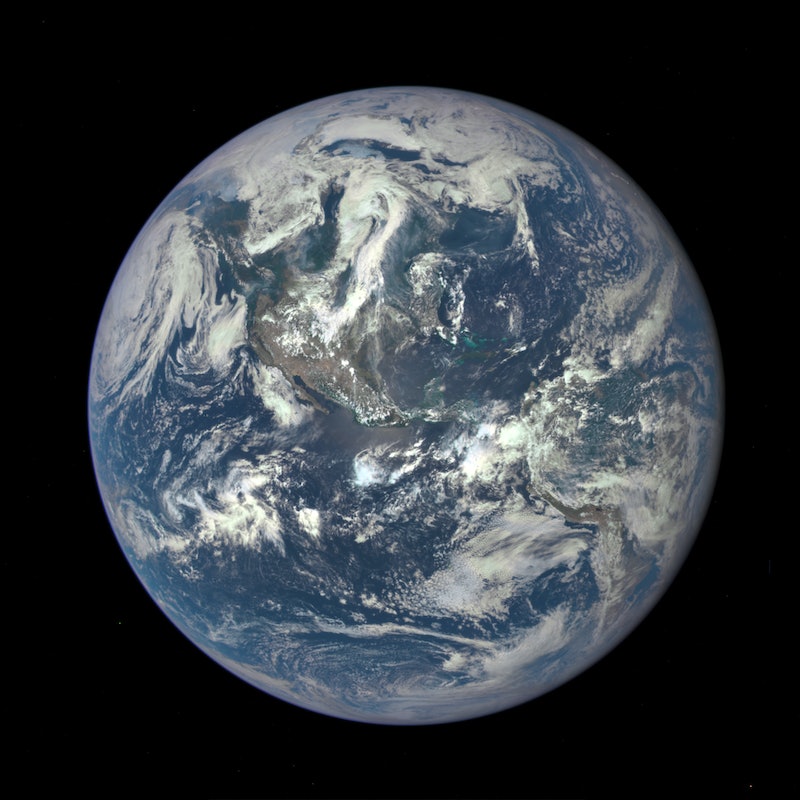 For 20 minutes on Nov. 11, 2018, strange seismic waves reverberated around the Earth for nearly 11,000 miles — and we have no idea what they were. No one felt them; nothing was destroyed by them; if it wasn’t for the data collected by various tools and sensors around the world, we might never even have known they had happened. Scientists are hard at work unraveling the mystery as we speak — and they're starting to have some idea of what might be going on, so it's perhaps not quite fair to say that "we have no idea what they were" anymore — but the work is ongoing. I love a good weird science mystery, so let’s take a look, shall we?

Many factors combine to make these seismic waves exceptional. First, there’s the distance they traveled: The Earth’s circumference measures not quite 25,000 miles; with the waves covering 11,000 miles, they literally stretched almost halfway around the world. Then, there’s their regularity: Whereas a typical earthquake would have produced waves of many different frequencies, these waves were “monochromatic,” consisting of one shape — what National Geographic described as “a clean zigzag” — repeated at regular intervals of 17 seconds. As volcanologist Helen Robinson, a PhD candidate at the University of Glasgow, put it to the Independent, “They’re too nice.” And lastly, there’s the fact that no humans reported feeling the waves in any way. Indeed, one of the main reasons they've become so publicly known since then was because an eagle-eyed Twitter user based in Wellington, New Zealand spotted them while watching the real-time seismogram displays run by the U.S. Geological Survey and launched them out into the Twittersphere.

On Nov. 11, that Twitter user, who goes by the handle @matarikipax, posted a series of graphs showing the wave form. They described it as “a most odd and unusual seismic signal” and identified it in Kenya:

In Zambia and Ethiopia:

And in Spain and New Zealand:

Both scientists and laypeople all over the world subsequently began attempting to untangle the mystery surrounding the rumble. And although we know a little more now than we did on Nov. 11, there remain a number of questions with which to grapple — including what actually caused the seismic waves.

What we know is that the waves began in the vicinity of Mayotte, an archipelago that’s currently an overseas department of France. Consisting of a main island called Grand-Terre, a smaller island called Petite-Terre, and a handful of islets, the archipelago is situated in the Mozambique Channel in the Indian Ocean, right between Mozambique itself and Morocco. They traveled across Africa; they were picked up in Chile; Canada saw evidence of them; they passed by New Zealand; heck, even sensors in Hawaii picked them up.

Lots of theories have been tossed around, some of which are more likely than others. Are the waves proof of an ancient sea creature rising from the deep? Probably not, although the idea is certainly appealing to folks with overactive imaginations (like yours truly). The same goes for aliens crash landing on Earth.

It probably wasn’t a traditional earthquake; per the Independent, none were detected on Nov. 11. We also know the waves aren't likely to have been caused by an industrial source; as Helen Robinson, the University of Glasgow volcanologist, noted to National Geographic, there aren’t any wind farms or any deep water drilling occurring near Mayotte. Could the waves have been an illegal weapons test? Maybe, but we don’t have enough information to draw that conclusion. More plausibly, it’s been suggested that they might have been a result of a meteor strike or a volcanic eruption occurring deep under the ocean.

The most likely explanation hinges on volcanic activity. Like many archipelagos, Mayotte formed thousands of years ago from underwater volcanic eruptions. There hasn’t been much volcanic activity there for some 4,000 years — but for the past several months, Mayotte has experienced quite a lot of earthquakes (just, y'know, not on Nov. 11, 2018). These quakes include a “swarm”— what the French Geological Survey, BRGM, defines as an “episode of multiple earthquakes that occur in a particular zone over several days or weeks, as opposed to the usual pattern of one main shock followed by several smaller aftershocks” — first detected on May 10, 2018. Although most of these quakes were tiny, one recorded on May 15 reached a magnitude of 5.8, a measure classified as “moderate” and capable of causing “slight damage to buildings and other structures,” according to the Michigan Tech-run seismology website UPSeis.

This quake was also record-breaking — it’s the largest ever to be recorded in the Comoros, where Mayotte is situated, according to BRGM.

BRGM’s best take on the whole thing right now according to NatGeo suggests that it has something to do with the movement of the liquid rock known as magma. The waves, as weird as they are, are consistent with the kinds of waves that can be caused by large movements of magma flowing underneath the earth’s crust. If that’s the case, luckily, it appears to be happening quite a few miles from the coast of Mayotte and deep underwater. Or at least, it’s luckily so for those who live on Mayotte; as National Geographic noted, it’s “irksome for geologists, since it's an area that hasn't been studied in detail.”

Even so, the seismic waves seen on Nov. 11 remain exceedingly unusual. “I don’t think I’ve seen anything like it,” Columbia University seismologist Göran Ekström told NatGeo — and Ekström’s specialty is unusual earthquakes, so when someone like that says it's bizarre... wll, you do the math.

Scientists are still hard at work solving the mystery… so, hey: If you want to say it’s ancient sea creatures in the meantime, go ahead. Here there be monsters!

More like this
26 Ghost Story Podcasts To Get You Ready For Halloween
By Jessica Booth, Mia Mercado, JR Thorpe and Emma Carey
Why TikTok Is Flooded With Controversial Videos About "Pick Me Girls"
By Courtney Young
TikTok's Butter Board Might Be The New Cheese Plate
By Emma Carey
8 Completely Unserious Tips To Make Your Cuffing Season A Success
By Ginny Hogan
Get Even More From Bustle — Sign Up For The Newsletter