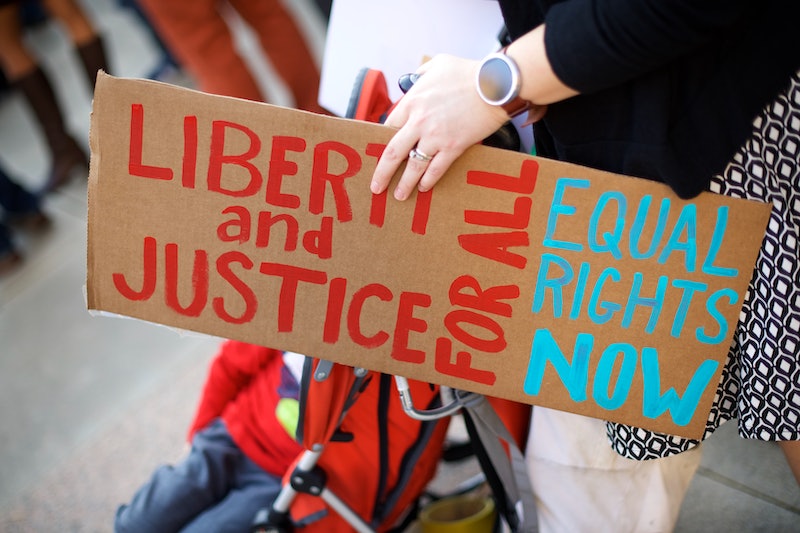 Ever since the election of President Donald Trump, protests have ignited the streets of major cities not only nationwide, but around the world. Even after the inauguration of Donald Trump already took place, the protesting against his presidency has not slowed down in the slightest. So what are some upcoming anti-Donald Trump protests?

First, let’s look at the numbers. The Women’s March, which took place the day after President Donald Trump’s inauguration, turned out to be one of the largest worldwide marches in history. According to USA Today, 2.5 million people participated in the 670 marches that took place around the world; many far-flung international locations joined in on the protest, including Australia, Kenya, and even Antarctica. It seems that the fire ignited from this particular march has escalated into even more protests being planned for the future.

The most recent protests to take place were at airports around the country trying to free those that are being held in airports after the president issued an immigration order refusing anyone from seven Muslim-majority countries in the Middle East and Africa entry to the United States. The ban has caused serious uproar and distress among those who hold the values of this country so dear.

Although some of the protests taking place around the country have been spontaneous, there are numerous anti-Trump protests being planned in advance to combat some of the policies coming from the White House (some even looking to have numbers similar to those from the Women’s March). So if you are looking for further ways to stand up for what is right, then here are protests to partake in over the next few months:

This particular protest is asking for people to send in a postcard every day for the month of February with just one word on it: “Resign.” The address and protest description can be found here.

This protest is taking place in Miami, Florida by the Anti-Trump Action Committee in Florida. If you’re in the Florida area, this is an event (and even a group) to consider attending!

This march, taking place in Chicago, is protesting on the one-month anniversary of Donald Trump taking office. They will be protesting the agenda Trump has been pursuing right outside of Trump Tower.

Feb. 20: Not My President’s Day Rally

Now this event is actually taking place nationwide. To celebrate President’s Day in the United States, numerous people have committed to protesting the fact that they refuse to celebrate a man that they do not deem fit for office. The protest name comes from the common cheer “Not my president,” said at hundreds of marches taking place around the nation. The Not My President’s Day march will be taking place in dozens of cities around the country, including New York City, Los Angeles, Boston, Washington, D.C., and Chicago.

Since the White House administration deleted pages about climate change on their website and attacked the scientific community, a march for science will be occurring across the nation to protest such claims. Protests established on Facebook include those in New Haven, Pittsburgh, Washington, D.C., Boston, New York City, and San Diego.

Another Chicago protest taking place, this one is supporting the Latino community. This protest will be taking place at Cloud Gate, located in Millennium Park of Chicago.

Tax day is on April 15, and thousands will be protesting the fact that Donald Trump has yet to release his own tax returns. It is also a response to Kellyanne Conway’s recent comments on how people don’t care that Donald Trump did not release his tax returns during the election. In fact, people do, and they plan on marching in Chicago, Los Angeles, Philadelphia, Denver, Ann Arbor, Michigan, and many more cities nationwide.

International protests have also been occurring, but this one in particular is protesting Donald Trump’s visit to Belgium for a NATO summit occurring on May 24 and 25. This march's Facebook event page states that the march is "for peace and against military adventures, for the preservation of our planet and environment, for the respect for human rights for ALL humans, for the struggle against sexism, racism and discriminations."