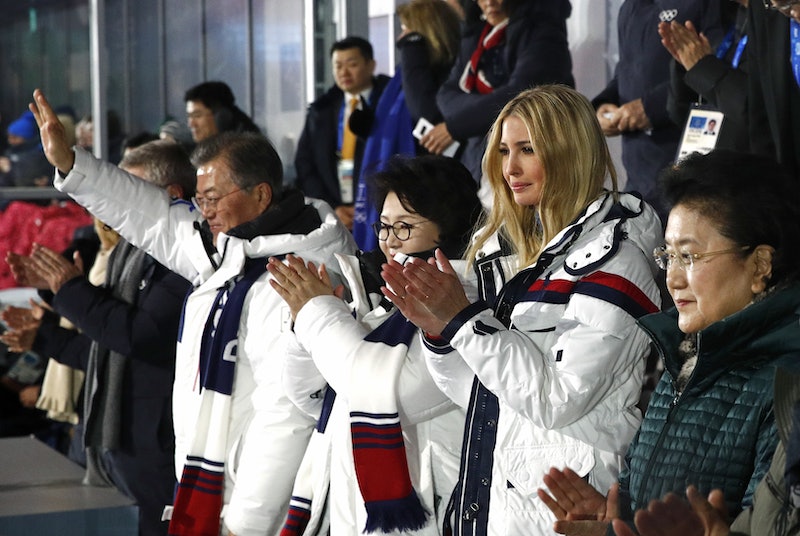 At the closing ceremony of the 2018 PyeongChang Games, U.S.-North Korea relations looked as frigid as ever. President Trump's daughter, Ivanka, shared the VIP booth with the delegation from North Korea, but the two sides did not engage in stadium-side diplomacy. Don't let the Olympics optics fool you, though. So, will North Korea and the United States start talking? The Winter Olympics may have opened up that possibility, at least according to South Korea.

The New York Times reported Sunday that the office of South Korean President Moon Jae-in had good news to share on the U.S.-North Korea front. The president's spokesperson said that North Korea's delegation head, Kim Yong-chol, had expressed willingness to open up talks before the closing ceremony. Kim is a general, a leader in North Korea's ruling Workers’ Party, and one of the country's most formidable spymasters.

That may sound promising, but it's not just North Korea that has to be willing to come to the bargaining table. The United States must also be willing to start talks, and the White House sounds more hesitant. The Trump administration says it's only interested in talking if there's movement on curtailing North Korea's nuclear program.

"We will see if Pyongyang's message today, that it is willing to hold talks, represents the first steps along the path to denuclearization," the White House said in a statement later Sunday. "In the meantime, the United States and the world must continue to make clear that North Korea's nuclear and missile programs are a dead end."

Almost two weeks ago, Vice President Mike Pence was hinting that the United States might be softening its stance toward North Korea. Back in December, the White House contradicted U.S. diplomats and insisted that no talks would be held before the hermit kingdom "fundamentally improves its behavior."

But Pence argued on the plane returning from South Korea that both talks and pressure to end North Korea's nuclear program could happen at the same time. "The point is, no pressure comes off until they are actually doing something that the alliance believes represents a meaningful step toward denuclearization,” Pence told The Washington Post. “So the maximum pressure campaign is going to continue and intensify. But if you want to talk, we’ll talk.”

So far, the United States has kept up pressure on the country. President Trump announced the "heaviest sanctions ever" placed on North Korea on Friday. He also threatened a "phase two" if those sanctions didn't get North Korea to end its nuclear program. The sanctions target 27 shipping companies, 28 vessels and one individual who've made illegal trade with the country possible. North Korea responded by saying that the sanctions "brought the threat of war to the Korean peninsula."

But if you were watching the Winter Olympics closely, there was one hint from Ivanka Trump that things had progressed somewhat (at least since Pence attended the opening ceremony). When the unified Korean Olympic team entered the stadium at the opening ceremony, Pence did not stand or clap for them. On Sunday, though, Ivanka did — even though the team waved the flags of both North and South Korea. So the 2018 PyeongChang Games could yet mark a turning point in U.S.-North Korea relations.