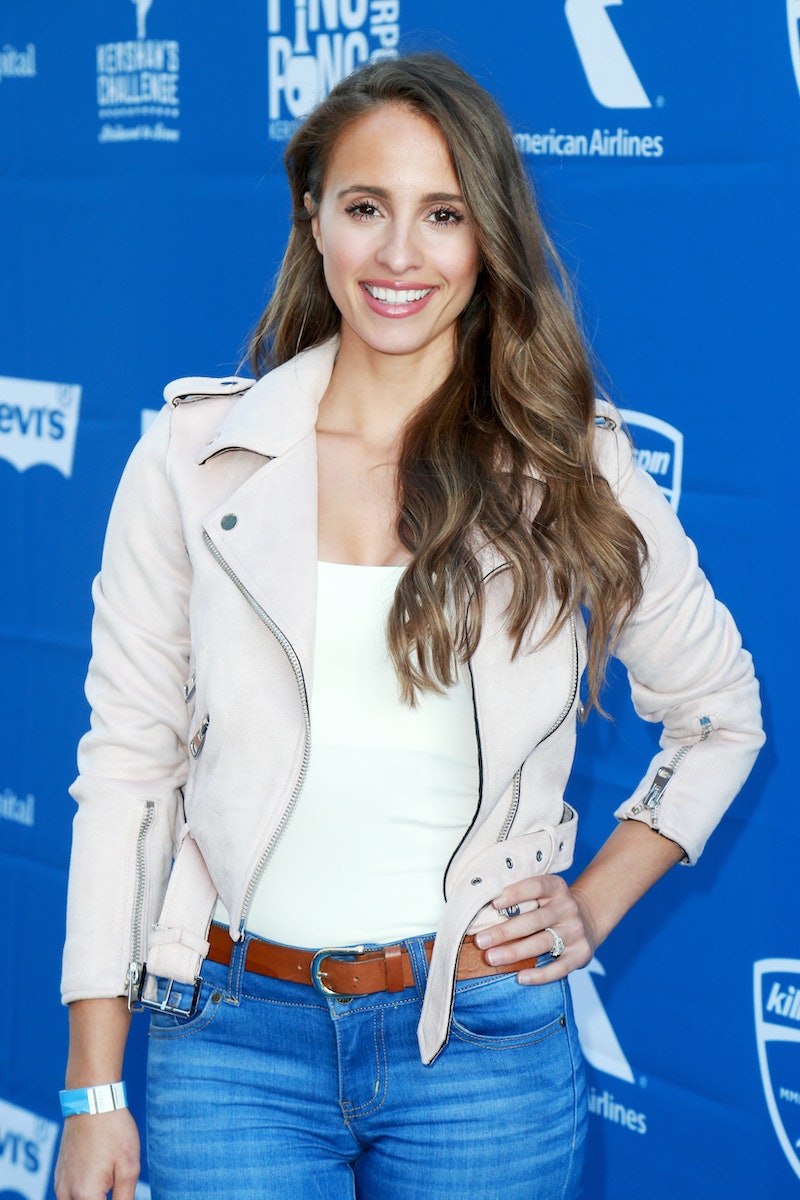 Sometimes it's just best to go out on top. As fans know, Vanessa Grimaldi got the final rose during Season 21 of The Bachelor. Why go on another reality show when you won the first one and got a good edit, right? Well, interestingly enough, Vanessa almost appeared on The Hills: New Beginnings, according to a recent podcast interview, but it didn't quite work out.

Vanessa and The Bachelorette alum Dean Unglert guest-hosted the Pratt Cast podcast together on April 1. During that episode, she revealed that she was approached to join the reboot of the classic MTV show. And moral of the story, it's true what they say: It really does go down in the DM. Always check those messages, folks! Vanessa recalled,

"I get a message from someone saying, ‘Hey’ and to give them a call for a new, well, I don’t even think they used the word ‘new,' but for a reality TV show that they would be interested in me being a part of the cast."

She couldn't help admitting, "My curiosity piqued." Whose wouldn't? It's an iconic show and it's a little unclear how they're going to mix in all the new faces. The logistics of that alone are fascinating. Pamela Anderson and Tommy Lee's son Brandon Thomas Lee and Mischa Barton will be a part of the cast, according to the show's IMDb page.

It would have been interesting to see Vanessa in the mix, and she actually was considering the opportunity. The Bachelor alum confessed, "I was ready to try something else other than a dating show."

Aside from the initial DM, Vanessa revealed that there was a phone conversation where "they said that they are looking for new faces for The Hills and asked if I was still living in L.A. and if I was single and what my work was like."

Dean jumped in to ask, "You would have seriously considered going on The Hills?" Vanessa admitted, "I would have." However, that's apparently not how it came across. Vanessa shared, "I don’t think I seemed that interested."

That's because there were a couple of things that made her hesitant. First off, Vanessa explained, "When you did a reality TV show, you already know the back-end of what happens behind the scenes. It’s a little bit nerve-racking." Obviously, Dean can relate to that at this point. Dean was on The Bachelorette, Bachelor in Paradise, and Bachelor Winter Games. He's probably very familiar with reality TV logistics.

The other part that tripped her up was being "the single girl" among the cast members, many of whom are married or in relationships, like Spencer and Heidi Pratt, and Brody Jenner with his wife Kaitlynn Carter. Vanessa explained,

Who could blame her? Taking on that "role" could lead to some major drama and even some social media backlash. Why put yourself through that?

Ultimately, it all worked out. Now, Vanessa can enjoy watching The Hills: New Beginnings just like the rest of us with her new boyfriend John Wolfe in Canada. Yes, it could have been super entertaining to have a Bachelor/Hills crossover, but everything ended up like it was supposed to, and it's still pretty flattering to be asked in the first place. And remember: Always check those DMs, people.