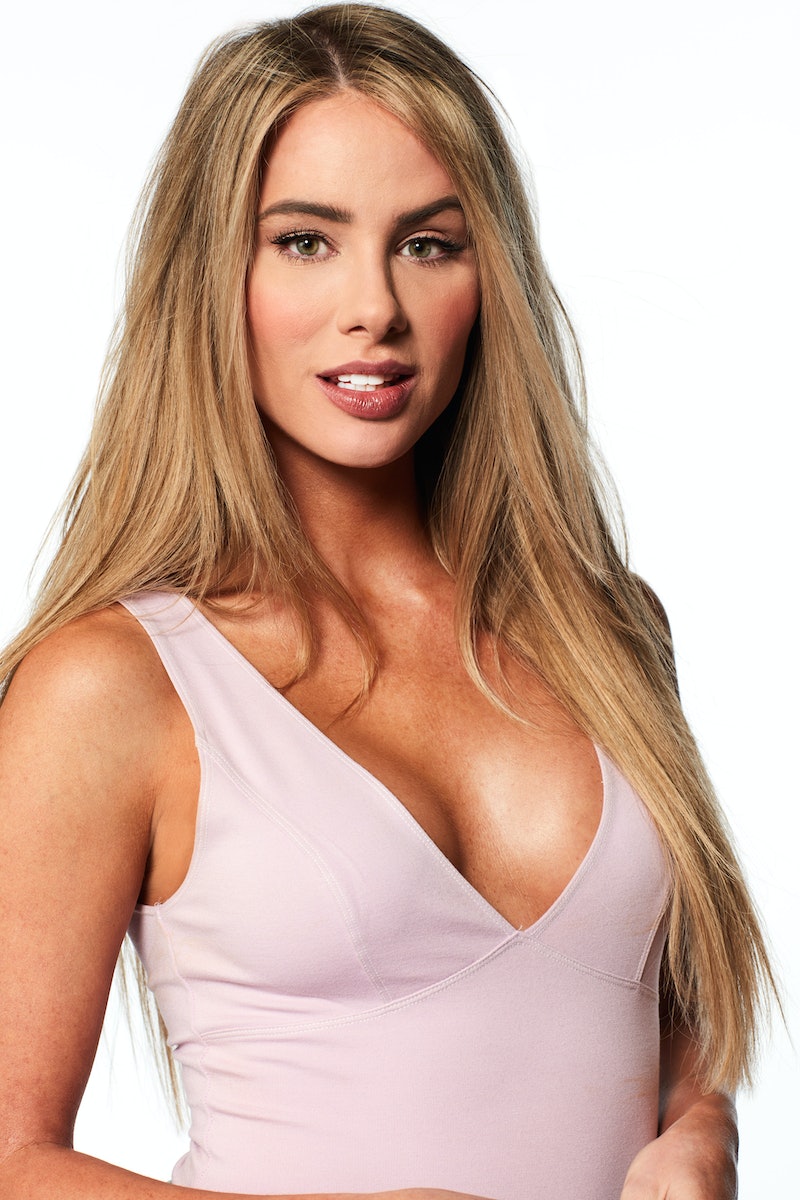 We're four weeks into The Bachelor, and one contestant who's established herself as a frontrunner — as well as a lightning rod for drama — is pageant queen Victoria P. She and Peter had an emotional heart-to-heart about her difficult past during the Jan. 20 episode, and the pair seemed to develop an even stronger connection in the Jan. 27 episode before Alayah came back and made Peter question Victoria's intentions. However, Victoria P.'s job may be helping her to weather this unexpected storm.

We know from earlier episodes that Victoria P. is no stranger to difficult situations: growing up, she was her sister's primary caregiver because her dad passed away when she was young, and both her mom and sister struggled with drug misuse. She told Peter that for a time, they were in and out of homeless shelters, which made her grow up pretty fast.

It's likely her upbringing that caused her to go into the medical field and help others. Victoria now lives in Alexandria, Louisiana and works as a full-time nurse at Premiere Urgent Care, which has several facilities in the Louisiana area. According to her LinkedIn, she also works as a sales and marketing specialist at Red River Dermatology. It appears that she's been at the dermatologist's office for three years and only started her nursing position in March 2018, which means for the last (almost) two years, she's been juggling two separate jobs. Taking on the women in the Bachelor mansion almost sounds like small fry in comparison, especially when you consider how quite literally anything can go down when you work in an emergency room.

Victoria is also a current member of the Miss Universe Organization, having won Miss Louisiana USA in 2019. She went on to compete in the Miss USA pageant and placed in the Top 15. On Victoria's pageant page, it says that her goal as a pageant queen is to "use her voice to inspire children to follow their dreams no matter from where they may come, including those facing issues such as poverty or addictive parents."

Victoria P. is clearly used to competition and hard work, but her relation to the pageant world is also one of the reasons she's in hot water right now. She already upset several of the women when she nabbed Peter after the football date, which they felt was unfair because they'd all sustained bruises for the chance to be with Peter one-on-one while Victoria sat on the sidelines and got massages from him. Alayah's return made matters worse, as it was revealed that Victoria knew her better than she'd previously let on. When Peter confronted Victoria about this, she simply said, "I don't know what else to say other than… I don't know what else to say?"

Afterward, Deandra asked Savannah if she thinks Victoria P. is a liar, and she said yes, noting that there's a gap between "the things she said in the closet when cameras and mics were off" and "the way she acted towards Alayah during the rose ceremony."

With many of the contestants pretty upset at her (and Peter and Alayah) over the entire debacle, Victoria will need to summon all that nurse and pageant training to handle whatever's thrown at her this week.