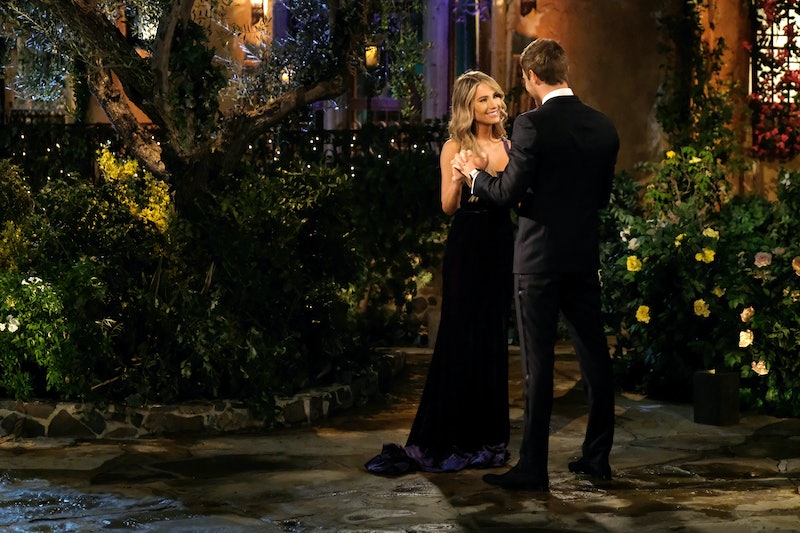 Pilot Pete is about to welcome another southern pageant queen into his life. This time, it's former Miss Louisiana, Victoria Paul. She's one of two Victorias on The Bachelor this season, and she leads a very busy life. According to her Instagram, she's also a nurse, a dog mom, and a frequent traveler, but she still made time to visit the mansion and vie for a shot at love.

Victoria's ABC bio says she signed up for the show because she "has never given herself a fair shot at finding love." She's had one serious, two-year relationship, which ended after she discovered her boyfriend had cheated on her. Now, she wants to find a supportive life partner — something that she learned the hard way was important.

Per ABC, Victoria lost her dad at a young age, and both her mom and sister struggled with substance misuse, forcing her to grow up fast According to her Miss Louisiana bio, Victoria at one point lived in a homeless shelter. That upbringing now inspires her volunteer work with kids — she wants to encourage and motivate them to never underestimate themselves, and to strive for the best.

That's what Victoria did, and most would consider her life a storybook success. She has a pageant title, a job in a service field, and both her mom and sister have been sober for three years, per ABC. She's still incredibly close with both of them, but especially her younger sister, Lauren.

On National Sibling Day, Victoria shared a reel of throwback photos and one video from their childhood on Instagram. "Happy #NationalSiblingDay, Lauren Elizabeth!" she captioned the post. "I taught you how to ride a bike, write your name, and how to stand up for yourself. You taught me how to share, how to stand up for others, and what it means to truly love selflessly. We learned to overcome obstacles + fight dragons, together. We didn't just believe in magic, we created it. Thank you for always believing in me and for allowing me to share our story with the world. I love you."

On Nov. 24, Victoria also shared a short video clip of them hugging. "The most valuable things in life aren't actually things, but are the people we love," she wrote. "Lauren Elizabeth, I taught you how to tie your shoes but you've taught me how to selflessly love without limits. I'm so stinkin' proud to be your big sister."

Victoria has spent most of her life raising herself and her sister, and now that they're both in good places, it's time for Victoria to let someone else in — a life partner who is as supportive to her as she has always been to others. Perhaps Peter will be that man.

The two excitedly held hands during their introduction, which suggests they hit it off pretty quickly. And Reality Steve predicts that they'll get even closer in the future. Victoria's ABC bio says that her dream vacation is a trip to Italy. If the network doesn't take her there first, Peter definitely could.