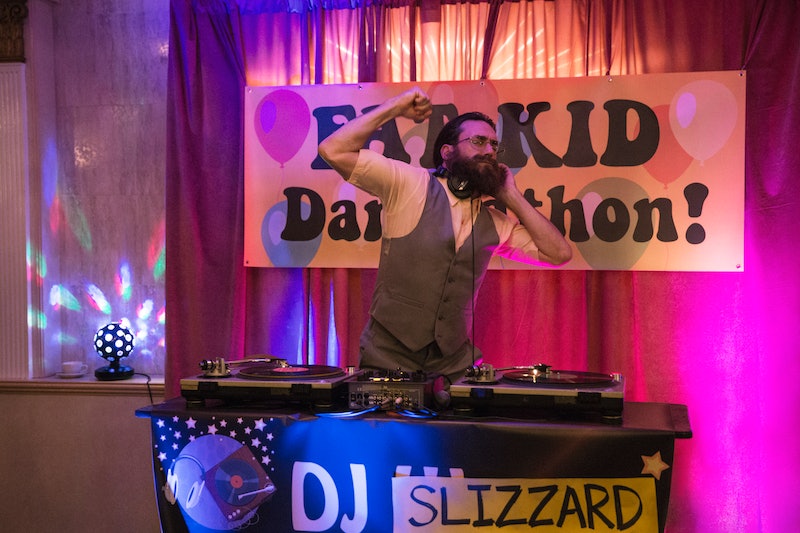 Other shows and films have had to put in a lot of effort into digital effects to making their actors look younger for flashback sequences — Anthony Hopkins in Westworld and Carrie Fisher in Rogue One are two famous recent examples. However, Unbreakable Kimmy Schmidt was gifted with a clip from Hamm's actual youth that's perfectly suited to the true crime docuseries style of the season's third episode. Instead of using CGI, Kimmy Schmidt simply edited the name "Richard" over a 25-year-old "waiter" Jon Hamm's nametag from his appearance on the real '90s dating show, The Big Date.

In the episode in which the clip is featured, the dating show video is used to show that Richard Wayne has always been "unfairly" rejected by women, which bolsters his hero DJ Fingablast (Derek Klena) and his belief in Wayne's innocence. To set up the incredible blast from the past sequence, Richard Wayne talks about the time he "got a sweet-ass butt cut, and did the ladies a favor by going on a TV dating show." He then complains that he lost to Mark, his competitor who sported frosted tips and a slim goatee.

While it's hard to imagine Jon Hamm not doing well on a TV dating show, that's exactly what happened during his real appearance on The Big Date that was edited down for Kimmy Schmidt. While the clip is real, some of the details were changed to better fit the show. For instance, Richard Wayne says that Mark and Mary — the woman whose attentions they were competing for — went to the zoo as the prize for their date, that's fake news. The winner says in the real episode that he'll actually be taking Mary to "Jurassic Park — the new ride," which is in Universal Studios.

The real Mark who Hamm lost to is a stunt double who is not shown in the Kimmy Schmidt episode. But perhaps his dating show failure had something to do with his pick-up line, which is kept (thank goodness) entirely in tact for Kimmy Schmidt. Young Jon Hamm promises he would treat his date to "some fabulous food, a little fabulous conversation, and end with a fabulous foot massage for an evening of total fabulosity." Even for someone as charming as the future lead of the one of the most stylish shows on TV, it's a tough line to pull off.