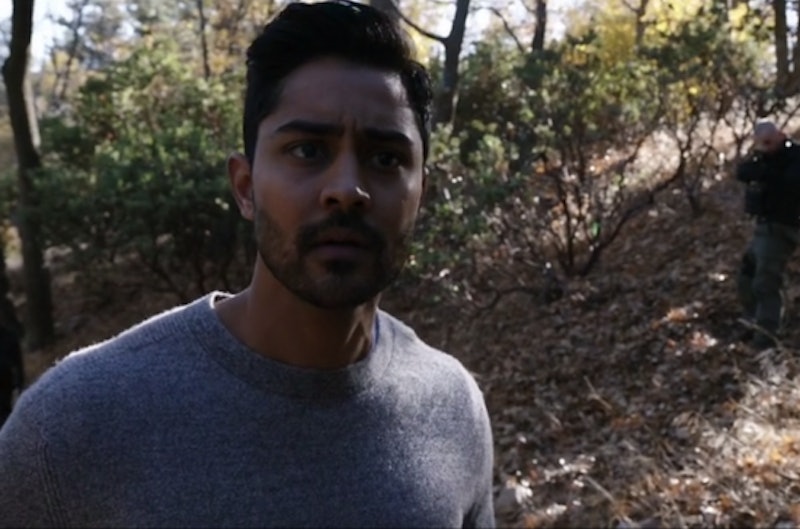 When it began the second half of its fourth season this past week, audiences were introduced to the newest major character on Agents Of S.H.I.E.L.D.: Vijay Nadeer, the brother of anti-Inhuman Senator and secret Watchdog funder Ellen Nadeer… and an Inhuman himself. The months-long Terrigenesis that he underwent — and only emerged from with the help of Jemma Simmons — gave Vijay an undefined superpower (speed? reflexes?) that allowed him to disarm the Watchdogs sent to kill him by his own sister. Sadly, those powers didn't allow him to stop Ellen herself from shooting him and dumping his body in a nearby lake. But as the seemingly dead Inhuman started undergoing a second Terrigenesis, audiences may have started to wonder about the true identity of this new character. Is Vijay Nadeer in the Marvel Comics?

A quick search of the Marvel Database reveals that there is no character in the comics lore that shares the name Vijay Nadeer. So while it's possible that he's a completely original creation for the show, we can't necessarily rule out the possibility that he's an adaptation of a comics character under a different name. (Everyone thought Skye was an original creation until it was revealed that her real name was Daisy Johnson — aka the Marvel Comics superhero Quake.)

We do have a few clues that could point us towards Vijay's real identity. First of all, S.H.I.E.L.D.'s Visual Effects Supervisor Mark Kolpack revealed the true nature of the character's powers on Twitter:

Secondly, there's the fact that this is the first time we've ever seen a character on the show undergo an additional transformation after their first — a phenomenon known in the comics as "secondary terrigenesis." Given those two clues, is it possible that Vijay could really be one of these five Marvel heroes?

Moviegoers will remember this character from his brief appearance in X-Men: First Class, in which the mutant with the powers of adaptation was quickly dispatched by Kevin Bacon's villain. But Darwin actually has a long and storied history in Marvel Comics… and with Marvel Studios unable to use the word "mutant" (that terminology belongs to 20th Century Fox), it's conceivable that they could have changed Darwin from a mutant to an Inhuman.

If Vijay's power is "anticipation," perhaps he can anticipate danger far enough in advance to allow his body to undergo another terrigenesis in order to adapt to that impending danger with new, useful powers. First he would need quick reflexes in order to evade his sister's henchmen… and now he'll need powers that will enable to him to survive a gunshot wound and drowning at the same time. (One of Darwin's adaptations in First Class even looks remarkably similar to S.H.I.E.L.D.'s depiction of terrigenesis.)

In the comics, secondary terrigenesis is known for being a particularly dangerous process; putting one's body through a second transformation can frequently yield horrific results, and various Inhumans have emerged from its as hideously deformed monsters. But perhaps the most famous Inhuman to undergo this tricky process is Gorgon, a member of the Inhuman Royal Family (the House of Agon). Gorgon's first terrigenesis gave him cloven hooves that can create powerful shockwaves, in addition to general increased strength, speed, and stamina. However, his second not only enhanced all of these features — it also turned him into a literal beast with uncontrollable rages.

If Vijay does turn out to be a version of this well-known Inhuman, perhaps it could be Marvel Studio's way of setting up the recently-announced Inhumans TV show that will reportedly be debuting later this year.

There's a pretty good argument to be made that Vijay is based on the comics superhero Grid, whose real name is Dinesh Deol: he's the only Inhuman with Indian heritage. Originally an engineer, Dinesh was transformed after being exposed to a Terrigen Bomb at a film premiere he was attending. The alien artifact activated the latent Inhuman genes in his blood, giving him the power to manipulate the electromagnetic spectrum.

Of course, these abilities have nothing to do with the "anticipation" powers of Vijay's first Inhuman iteration; but if he emerges from his second cocoon with the ability to talk to computers, it'll be a pretty big hint that he's really Grid after all.

This would be an interesting choice for Vijay, and one that very few fans would see coming for one very particular reason: in the comics, Quickfire is a woman. A corporate spy named Barbara McDevitt, she discovered she was an Inhuman after undergoing terrigenesis — and she's remarkable because she stayed in her cocoon for weeks, an unusually long time for the process to take. Soon after, she was exposed again and underwent a secondary terrigenesis, which gave her the ability slow down time around specific targets, essentially making them freeze in her mind… so she can anticipate their next move, perhaps?

In the comics, Quickfire even murders a character named Mace. Granted, he's a villain named Gideon Mace and not the hero we know as Jeffrey Mace, the new Director of S.H.I.E.L.D. But still, the similarities between Quickfire's and Vijay's storylines are too remarkable to dismiss out of hand.

Then again, maybe the biggest clue to Vijay's identity isn't his abilities or his multiple terrigeneses, but rather the location of his latest transformation: namely, underwater. Another famous member of the Inhuman Royal Family is a hero known as Triton who, after undergoing terrigenesis, grew gills and was no longer able to live out of the sea without the use of a breathing apparatus.

Would this green-skinned, web-footed Inhuman be a stretch for S.H.I.E.L.D.? Perhaps. But it would probably delight a lot of fans to see the popular character show up unexpectedly when Vijay emerges from his second cocoon.

Hopefully S.H.I.E.L.D. won't keep us in suspense about Vijay's true nature for long!

More like this
Everything To Know About 'Evil' Season 4
By Meguire Hennes
Does 'Locke & Key’s Ending Mean There Could Be A Season 4?
By Sophia Moore
Netflix Just Rebooted A Classic ‘90s High School Drama
By Maxine Harrison
Everything To Know About The HBO Max & Discovery+ Streaming Service Merger
By Brad Witter
Get Even More From Bustle — Sign Up For The Newsletter