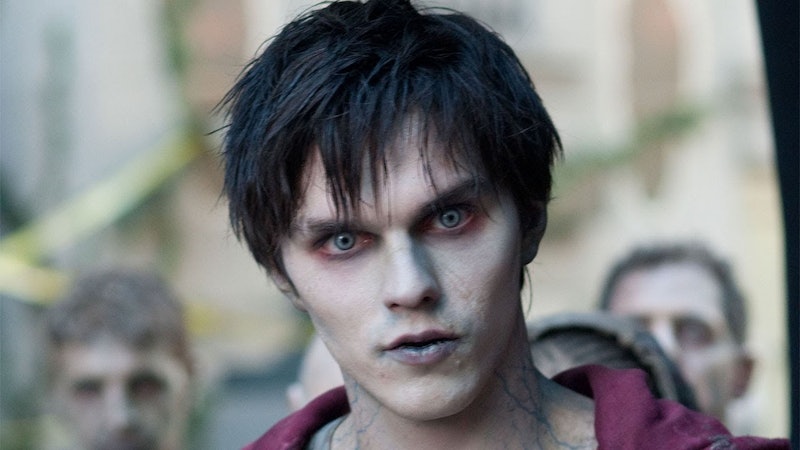 Isaac Marion has a Warm Bodies sequel coming out in February, but he's chosen a rather odd way to promote his zombie Romeo and Juliet story. The author faked Donald Trump tweets to promote his new book, The Burning World, and tried to defend his actions by claiming his tweets were "political satire" and "parody." There are Twitter accounts that parody Trump; this ain't one of them.

I'm all for clever marketing campaigns, but trivializing the abusive behavior of an immature and reactionary man who is set to inherit a position of utmost power and accountability? That's a step too far.

Donald Trump is a caricature, in the way that all demagogues are. His behavior is outrageous. But pretending that he didn't pose a threat — that no one would vote for him, that he has the country's best interests in mind, that he's not serious about the things he says, etc. — played a large role in his election.

Marion's tweets downplay the consequences of Trump's actions and influence, all in order to make a quick buck. There's something to be said for laughing at a man who thinks far too highly of himself, but faking news about him isn't the way to go, especially since fake news was just as much a contributing factor to Trump's election as our refusal to view him as a serious threat.

The author's attempts to excuse his actions as "satire" are more laughable than his fake tweets. "Satire" is not a blanket term to define anything you think is funny but others find offensive, although it's used as such by far too many defensive folks. In order to be considered satire, Marion's tweets would need to criticize Trump's behavior and attitudes. They don't.

The Warm Bodies author's intent is not to satirize Donald Trump's abhorrent statements in the interest of political commentary, but to generate revenue for a zombie-romance novel by falsifying irate tweets from the president-elect. Instead of promoting his book on its own merits, Marion has chosen to manufacture outrage from the United States' most notorious Twitter user, a man who is now mere hours away from becoming the United States' most notorious president.

More like this
The Viral 'Little Miss' Franchise Is Focusing On Mental Health Next
By Darshita Goyal
What Does POV Mean On TikTok? The Popular Acronym, Explained
By Emma Carey
Here’s How To Get Verified On TikTok
By Emma Carey
On TikTok, Users Are Pranking Their Loved Ones With Minions Makeup
By Emma Carey
Get Even More From Bustle — Sign Up For The Newsletter