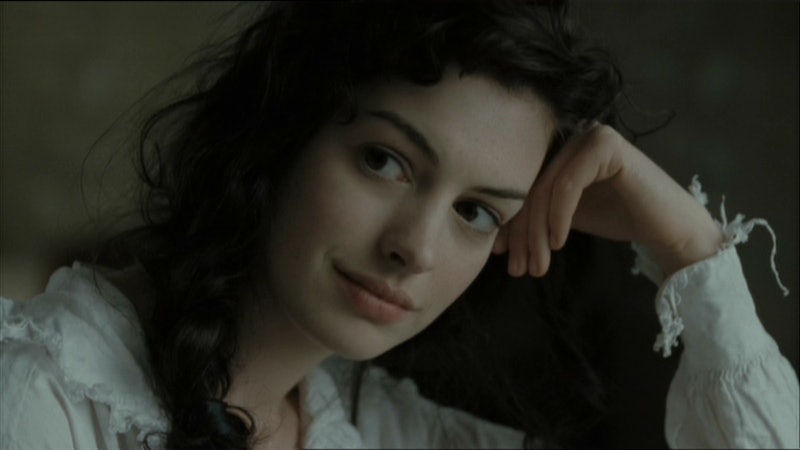 Pride and Prejudice author Jane Austen was 41 years old when she died of an illness resembling Addison's disease in 1817, but three pairs of her glasses displayed in the British Library have some suspecting foul play. Was Jane Austen poisoned with arsenic? Probably not, but it makes for some really great crime fiction.

In a Mar. 9 blog post, British Library Lead Curator Sandra Tuppen theorized that the variations in magnification intensity among three pairs of Austen's spectacles could indicate that the Sense and Sensibility author developed cataracts as the result of arsenic poisoning. Tuppen reached out to London optometrist Simon Barnard for his opinion:

If Austen did develop cataracts, a more likely cause [than diabetes], according to Professor Barnard, is accidental poisoning from a heavy metal such as arsenic. Arsenic poisoning is now known to cause cataracts. Despite its toxicity, arsenic was commonly found in medicines in 19th-century England, as well as in some water supplies.

However, OB/GYN and Jane Austen Society of North America board member Cheryl Kinney tells CNN that "[t]here are many other more likely causes of cataracts than arsenic poisoning," noting that arsenic has not been proven to cause cataract formation. In fact, Austen may not have even been wearing glasses for cataracts at all. As a woman in her early forties, she could have been losing her vision due to natural causes.

Still, that whole poisoned-by-arsenic plot is just a tad too irresistible to give up. The jury is still out as to whether or not one of Austen's contemporaries, Napoleon Bonaparte, died of arsenic poisoning, as has been widely reported, or of some cancer or ulcerative condition. Twenty-five years after Napoleon was buried, French writer Gustave Flaubert had his tragic heroine, Emma Bovary, eat a fistful of arsenic powder in order to end her life.

It's important to note that neither Barnard nor Tuppen is suggesting that someone intentionally murdered Austen, nor is anyone of the assumption that she may have committed suicide. As Kinney points out, "[w]ater, the soil, homemade wine (which Jane Austen refers to in her letters), wallpaper, clothing that had green pigment, glue, and medicines" all contained arsenic in Austen's day, and mix-ups at the apothecary — of a less intentional kind than Madame Bovary's — were not unheard of.

Now, if you'll excuse me, I'm off to write a book in which someone tries to kill Jane Austen.