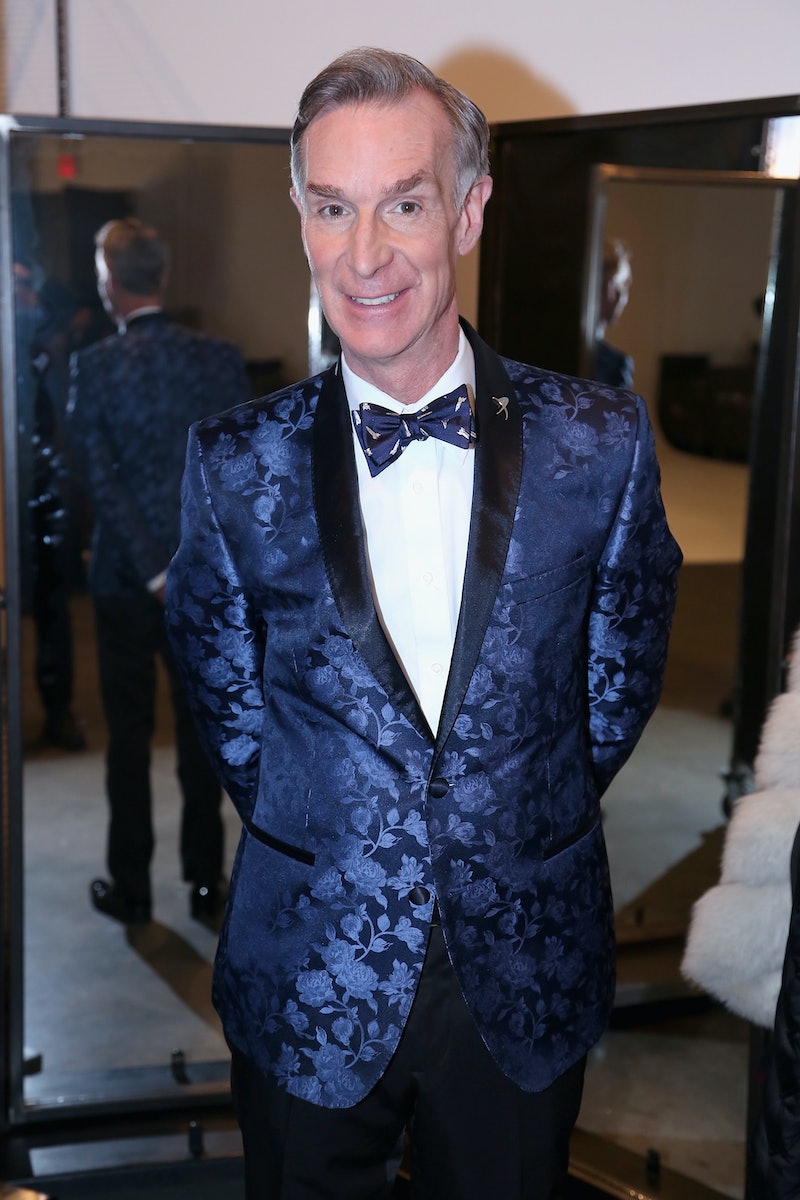 In his new Netflix talk show Bill Nye Saves The World, science advocate, fashion model (yes, really!), and ‘90s science guru Bill Nye hosts an episode called “The Sexual Spectrum” that includes an animated segment in which Nye uses ice cream to explain the absurdity of conversion therapy. “There are lots of flavors to sexuality,” Nye explains — and trying to change them all into the same flavor would be as ridiculous as attempting to turn strawberry into vanilla. Besides, why would you want to?

Conversion therapy, which seeks to use so-called “therapy” or religious activity (i.e. "praying away the gay") to change people’s sexual orientation, is a highly controversial practice that some survivors have likened to torture. The American Psychological Association (APA) reports that people who have undergone conversion therapy are 8.9 times more likely than peers to experience suicidal thoughts; the treatment has also been linked to increases in depression and anxiety. In 2009, the APA officially rejected the practice; the American Medical Association, the American Academy of Pediatrics, and many other medical and psychiatric organizations have also warned against conversion therapy, which has been banned or restricted in seven U.S. states and the District of Columbia. However, despite efforts to ban conversion therapy nationally, such programs still exist.

Nye’s ice cream video illustrates why the very premise of conversion therapy isn’t only harmful, but inherently absurd. The segment shows a group of ice cream cones gathered together for “Ice Cream Conversion Therapy.” Vanilla stands in the middle and explains, “As Vanilla, I feel that I am the most natural of the ice creams. And therefore the rest of you should just go ahead and also be vanilla.” He adds, “Everyone should pretend to be vanilla, until they have the urge not to be vanilla,”

Whatever consensual sexual fun ice cream cones want to get up to is their choice (That is a sentence I never thought I’d write), but the more important message here is that people don’t all need to be the same “flavor” when it comes to gender and sexuality — and trying to change someone’s fundamental identity is as ridiculous as it is wrong.

More like this
Why Experts Say Sleeping With A Fan On Isn’t Totally Risk-Free
By Sophie McEvoy
Your Daily Horoscope For August 10, 2022
By Mecca Woods
Samsung Just Dropped 2 New Foldable Smartphones
By Michelle Toglia
TikTok Is In Its Elle Woods Era
By Meguire Hennes
Get Even More From Bustle — Sign Up For The Newsletter