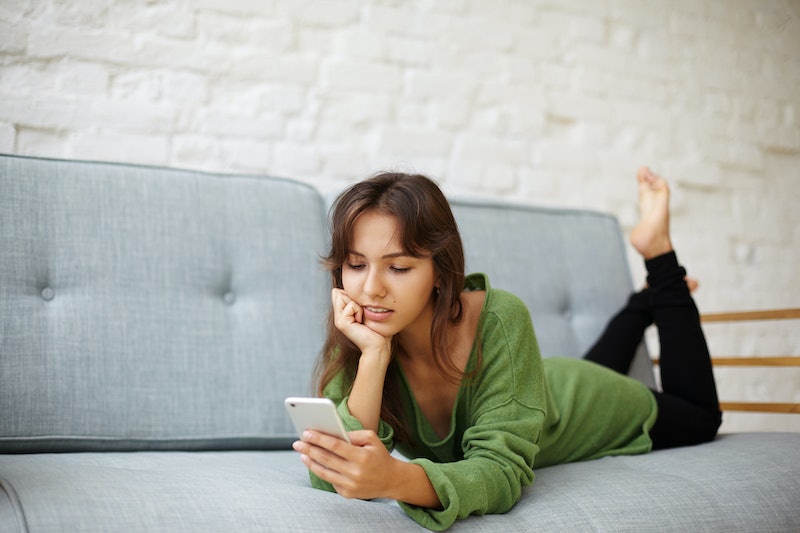 As if we needed another new dating trend, submarining is here to make you feel like you're slowly losing your mind. Don't worry, it likely is not you — you're just dealing with a total jerk. Basically, it's sort of like zombieing, aka when someone who ghosted you comes back from the dead and into your life again, but this behavior is actually worse. Someone who submarines you just totally disappears from your life, only to resurface whenever they damn well please.

Why is it different than just being a zombie? Well, a zombie may stumble in with an excuse (Work was crazy! I've been busy! My phone was eaten by a unicorn and pooped out as rainbows!), a submariner just shows up again without any explanation. Maybe it's someone you've just been chatting to, maybe it's someone you had been seeing regularly — either way, it's totally infuriating.

"People who submarine you either want to hide the reasons for disappearing or gloss over it," Jonathan Bennett, Dating/Relationship Coach and Owner of The Popular Man, tells Bustle. "I’d guess that, in most cases, they were dating or spending time with someone else and that fell through. Since they don’t want to admit the truth, whatever that is, they resort to submarining instead — and hope you fall for it." But you really shouldn't, because there's likely something shady going on. How do you know if they're really busy or they're a total submarine? Here are the clues you need to look out for.