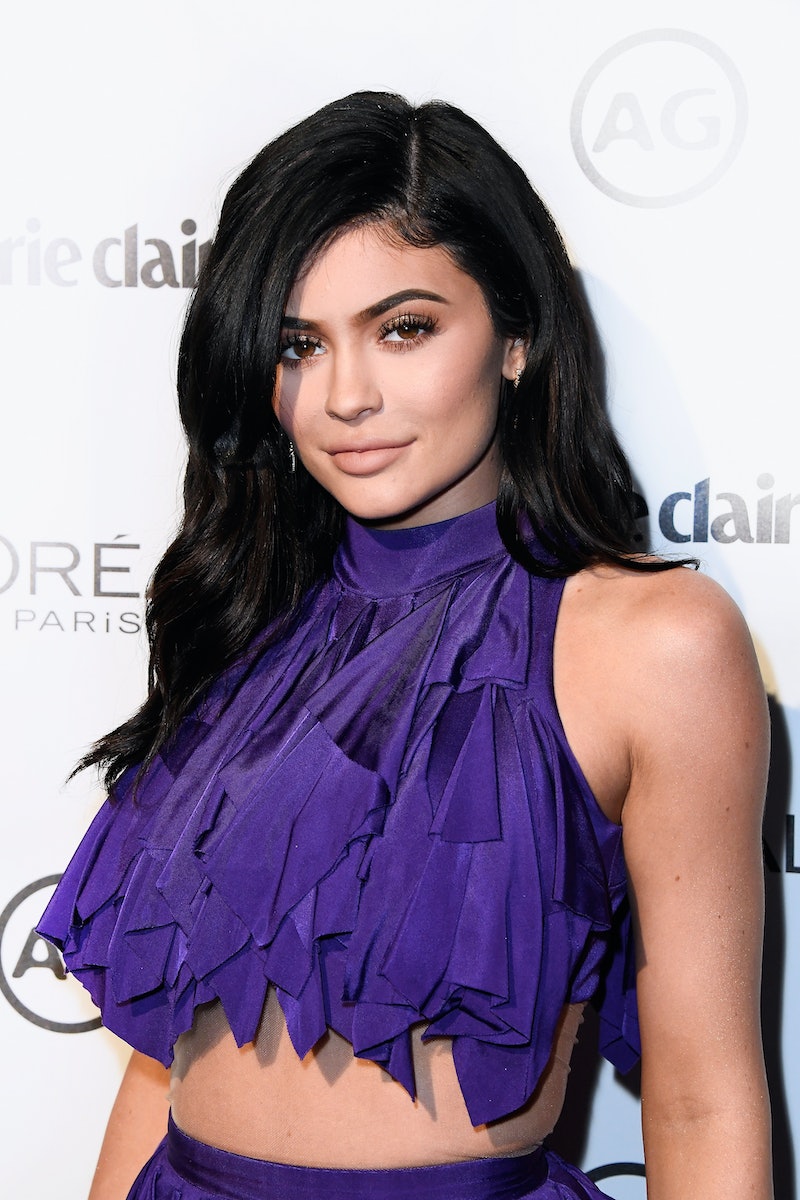 If you're a fan of Kylie Jenner and her eponymous cosmetics company, chances are you've heard about the Kylie Cosmetics New York pop up shop. A certain street in New York's SoHo neighborhood got a bright pink addition this week, and the rumors (and Jenner's Instagram) confirmed that the rumors were true. Jenner will be hosting a Kylie Cosmetics pop up shop in New York starting Monday, Feb. 13 and staying open daily until supplies run out. So what are the hours of the Kylie Cosmetics pop up? According to Jenner's Instagram, it'll be open from 10 a.m. to 9 p.m. daily. Plenty of time for her fans who have day jobs to head there after work. Jenner's always looking out for her fans.

The Kylie Cosmetics pop up is going to be housed in a storefront in New York's SoHo neighborhood at 27 Mercer Street. Unlike the L.A. pop up, it won't take place in a mall. It's in the middle of one of Manhattan's busiest neighborhoods, but I'm sure that won't stop fans from lining up for hours for a chance to meet Jenner and purchase some of her perpetually sold out products. And according to Instagram, Jenner herself will be there as much as possible.

In the caption for her Instagram, Jenner confirmed she'll be there starting Feb. 13.

"I'll open the doors at 10am that morning & will be open daily until 9pm! Store will stay there until supplies run out! XOXO"

And finally, Jenner also clarified the shop will be open on Valentine's Day. The perfect place to pick up a last-minute gift, am I right?

It'll be a great time for fans to pick up Jenner's Valentine's Day collection as well to avoid waiting for the products to ship to them. Pretty much the perfect Valentine's Day gift.

It looks like fans are already hinting that's what they want.

Nothing wrong with treating yourself on Valentine's Day as well. Mark those calendars now and get ready for New York to be overwhelmed with Kylie fever on Feb. 13.