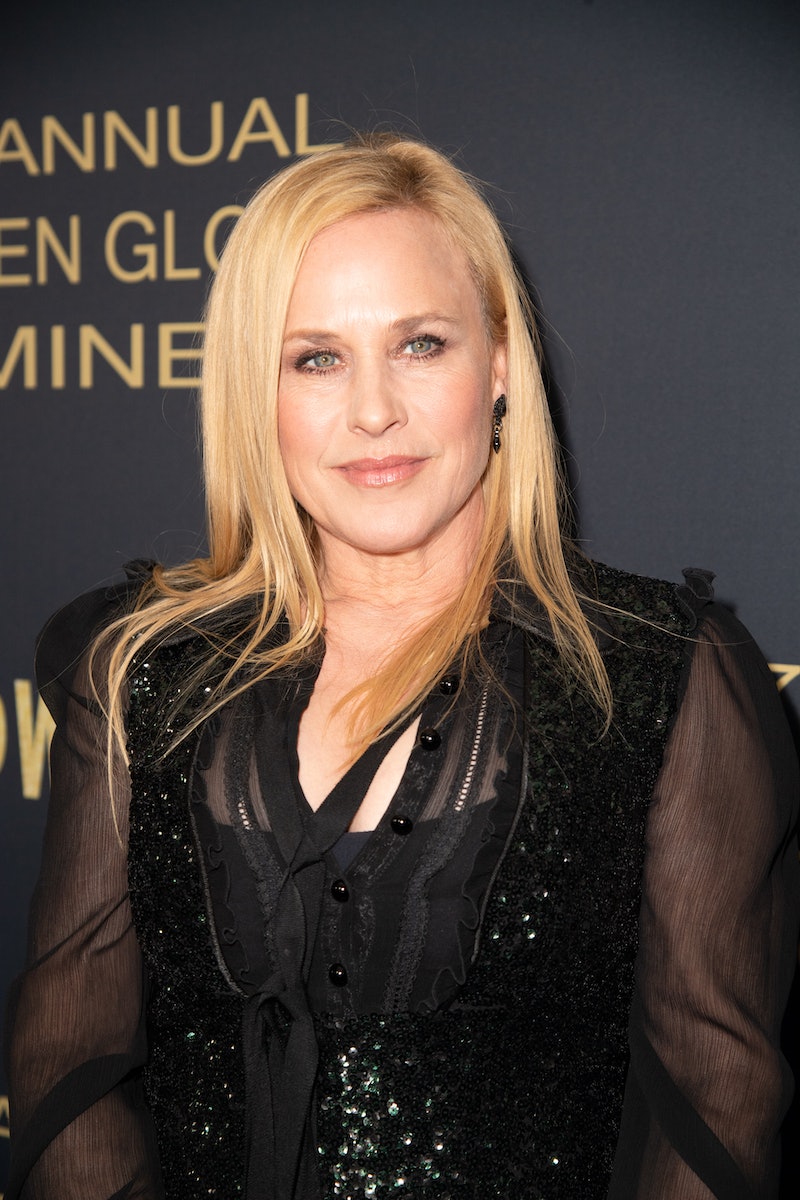 Patricia Arquette's win at the 2019 Golden Globes may have been something of a shock, but viewers of the awards were left even more stunned when half of the Escape at Dannemora actor's speech was bleeped out on television. So, what did Arquette say in her Golden Globes speech?

After winning the Golden Globe for Best Actress in a Mini-Series or Motion Picture for Television at Sunday's awards, Arquette thanked many of the people who worked behind the scenes on Escape at Dannemora, from director Ben Stiller to the wardrobe and makeup artists who helped her transform into her character, Tilly Mitchell.

Noting that she required help getting into the contacts she wore, Arquette then joked about the false teeth needed for the part, saying, "How many of these m*therf*kers do you need?" The Oscar winner also noted that she felt a lot of the dental work was unnecessary, adding, "I was born with f*cked-up teeth."

According to Entertainment Weekly reporter Lynette Rice, Arquette apologized for cursing during her speech in the press room, saying that she "didn't plan" to drop an "F-bomb." She continued, "I’m very sorry. This is a very elegant occasion. Dental dramas are true. Trust me."

Still, Arquette's speech left many viewers at home confused, with most of social media lighting up with questions about what she said and why she was bleeped out:

Arquette has often spoken about learning to love her "crooked teeth," telling People in March 2015 about her journey toward loving what Hollywood perceives as a flaw. Recounting her first experience with body-shaming, Arquette revealed that a boy in her ninth-grade class told her she could "pose for Playboy" if she only fixed her teeth.

"I said, 'Why would I want to be in Playboy?'" Arquette told the magazine. "I just didn't want to look perfect. I didn't want to have to change myself to be attractive. I didn't think that was my responsibility."

Explaining that she continues to face down preconceptions about the way women are supposed to look on screen, Arquette added,

In Escape at Dannemora, Arquette transformed herself into Joyce "Tilly" Mitchell, a prison worker who helped two inmates escape from New York state’s Clinton Correctional Facility in 2015. In addition to gaining weight for the role, Arquette spent hours in the makeup chair, which she told The Hollywood Reporter involved wearing "these prosthetic teeth to give me an underbite and these giant brown contact lenses." She recalled to THR,

"The first time I got all ready in hair and makeup, I went outside to smoke a cigarette. David Morse, who I’ve worked with for years, looked at me, like, 'Who the hell is this lady, and why is she talking to me?' Even Benicio [Del Toro]. He said, 'You’ve got devil eyes.'"

In the same interview, Arquette revealed that she was drawn to the role after reading Tilly as "the least likely femme fatale," saying, "I like that she’s unapologetically comfortable with her sexuality. It’s not something we get to see with middle-aged women of a certain body type."

Clearly, Arquette's desire to showcase women of all ages, sexualities and appearances has paid off, and her ability to embrace the things that some people might think of as flaws will hopefully help to break down the stereotypes that women still face in Hollywood.