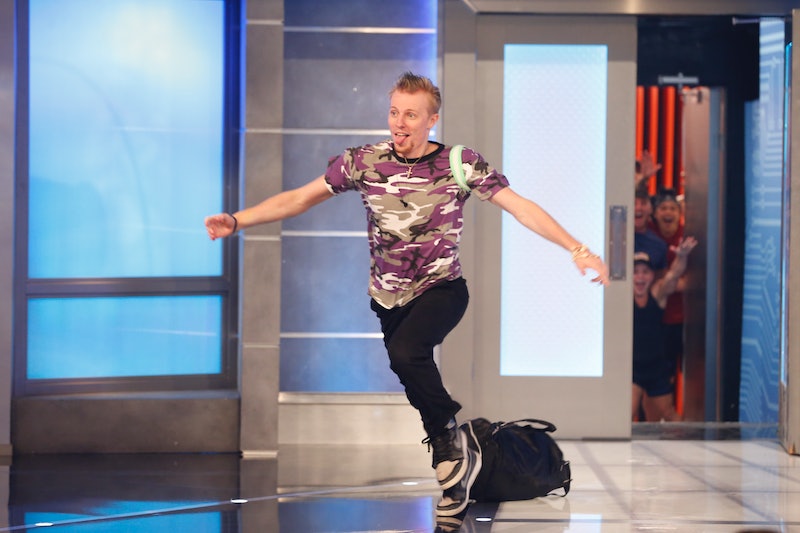 Evictions on Big Brother are usually only surprising for the person getting evicted, but more often than not the evicted houseguest knows they're going home ahead of time. However, Scottie's second Big Brother eviction left the houseguests and BB audiences shocked after delivering an eviction speech so profane, that the audience didn't even get to hear some of the most inflammatory parts. While the show was moving on towards the new Head of Household competition, the houseguests and the audience were simply left to ponder over what Scottie said during his eviction speech, and why he said things that required censoring when he knew that he was on live television.

Scottie's audio cut out twice during his eviction speech, with multiple theories going around on Twitter regarding what was said immediately following his speech. While the first censoring could have been a technical error that caused audio to cut out, but the second instance of audio cutting out is undeniably an instance of Scottie saying something that was too suggestive for television. After Scottie is evicted, the houseguests immediately start laughing off Scottie's speech, commenting on his use of harsh language and the shocking content of his speech, further confirming that the censorship was intentional.

While fans on Twitter were still trying to decode what was censored, live feed viewers who were tuned in immediately after the eviction were able to hear the houseguests repeat the line that left the house in shock. According to the members of the house, Scottie left the house after saying "You can all suck it. Except Tyler, cause I know you’ve been getting that Hilton head."

Hilton Head is the South Carolina town that both Angela and Tyler are from. Angela and Tyler are not only from the same town, but are also in the same showmance, which Scottie used to form the double entendre that he proudly proclaimed before getting voted out of the house. The comment that Angela and Tyler are performing sexual acts in the Big Brother house seems to be unfounded, and has some Big Brother fans crying foul for disrespecting Angela, especially because it was said on live television with her friends and family watching and with little chance for the editors to completely cut it out of the show. This is the second eviction speech in a row in which someone has made a joke at Angela's expense, following Faysal's insistence the week prior that Angela "isn't all that."

Scottie's return to the Big Brother house was short-lived, and it's hard to say that he made the most out of it. The moment he failed to win the Power of Veto, his vote was all but sealed. While only Scottie knows why he decided to crack an inappropriate joke and during the only hour of his week that is broadcasted live on a major television network, his joke will put him in the eviction ceremony hall of infamy, right next to Cody walking on a glass table to avoid shaking people's hands in BB19.