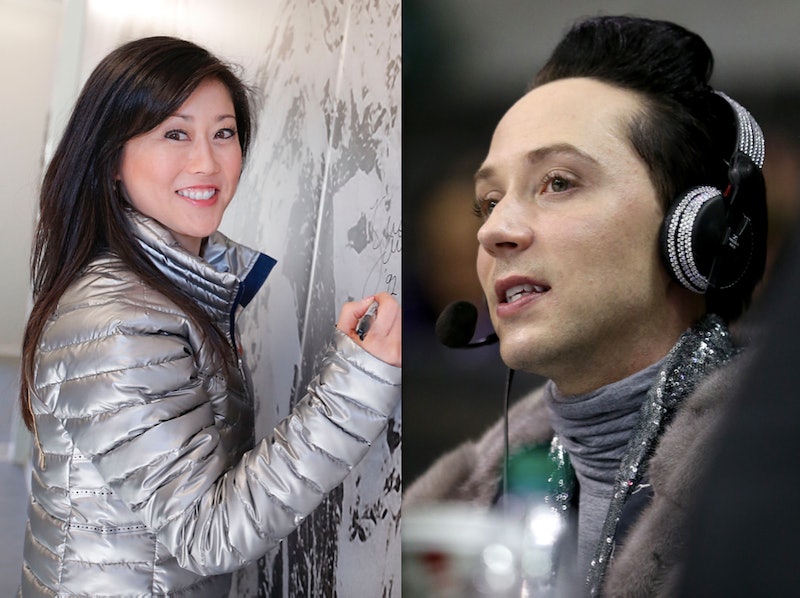 All the focus is on the current athletes competing for gold as the Winter 2018 Olympics and Paralympics in PyeongChang come closer — but what happens to Olympians once their Olympic careers are over? Physical careers are, by definition, limited; once the body gives out, is damaged or can no longer replicate its highest performance, competitors have to retire and figure out what else to do with their lives. Olympians end their sporting careers far before most people stop working; so what do they do with themselves?

Being an ex-Olympian in the real world is harder than it seems. A study in 2012 found that many athletes who've competed at elite levels and Olympics struggle after their careers in sports end, particularly in terms of mental health. After excelling in an arena that often involves single-minded focus and devotion since childhood, they can encounter difficulties with less rigid routines, less tangible markers of success, and adjusting their skill-set to a world that isn't centered around athletic accomplishments. The varied ways in which they find new directions show vividly that even the most highly physically skilled humans can find the adult world very hard indeed. Here are six different career paths Olympians have gone down after they no longer participate in the Games.

More like this
Here’s Your Horoscope For July 2022
By Alexandria Lettman
How To Come Out Online, According To Trevi Moran
By Melanie Mignucci
How to Delete (or Pause) Your Hinge Account
By Emma Carey
How To Fight For Reproductive Rights, Based On How Much Time You Have
By Courtney Young
Get Even More From Bustle — Sign Up For The Newsletter