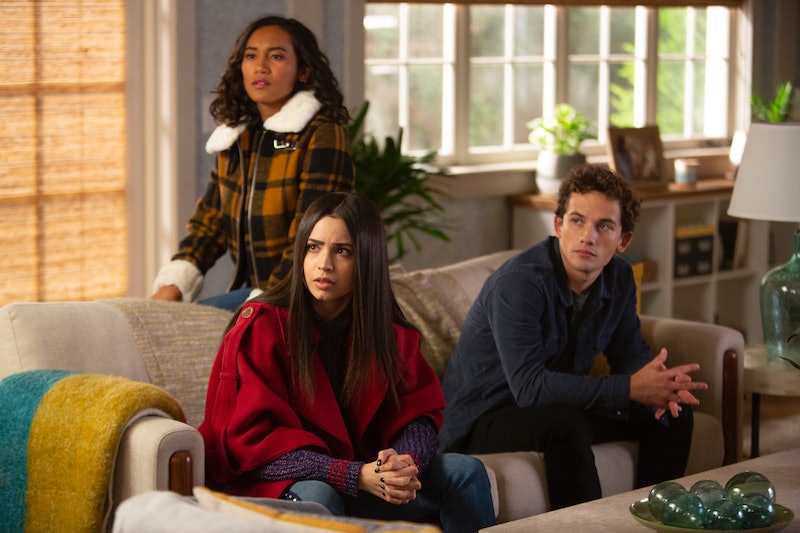 The world of Pretty Little Liars has taught us that virtually everyone under the age of 19 is a technological wonder. With just a few clicks of a mouse and maybe an hour of sleuthing, both Mona and Caleb could locate anyone in the country and probably hack into the NSA server. (Their endgames should have been working for the NSA, actually.) On PLL: The Perfectionists, though, the adults are definitely catching up in terms of tech savvy. These aren't the parents who need help programming the DVR when you come home for a weekend a visit. What does Beacon Guard do on PLL: The Perfectionists? This system means that everywhere you go in Beacon Heights, someone is watching.

The impetus for creating a program like Beacon Guard was born out of trauma and reactivity. Claire Hotchkiss, mother of Nolan and Taylor, created the program from her own Hotchkiss Technologies after Taylor allegedly died by suicide. (Taylor is actually still alive, but Claire doesn't know that.) Claire created Beacon Guard as a way to spy on all students at Beacon Heights University all the time, so hopefully what happened to Taylor will not happen to another student on campus.

While Claire's mind may have been in the right place, Beacon Guard clearly is a breach of student and faculty privacy — there are even security cameras in the rooms and houses on campus. In the mirrors, too, as Mona was seen talking into one.

Still, Kelly Rutherford, who plays Claire, told Seventeen in an on-set interview that Claire is, at her heart, a mother in mourning, and that's where all of these ideas are coming from. "[Nolan's death] definitely makes her think about things..." she said. "Sometimes things happen in life and you can blame yourself or say, 'we don't know why.' So that'll be exciting about this character and we still don't know if it'll be her downfall or help evolve her as a woman."

Much all like surveillance programs, Beacon Guard has grown to the point where it is unwieldy and possibly unconstitutional. Claire and her right-hand security agent, Dana Booker, have honed in on certain students, like Claire's late son, Nolan, on whom they had active surveillance at all time. That stuff's not normal, and it makes this Pretty Little Liars fan think that something nefarious is going on behind the scenes.

Taylor allegedly faked a suicide to get away from the intense perfectionism her mom bestowed on her, but as a Beacon Guard volunteer, Taylor also could have uncovered some pretty unsavory actions taken by Hotchkiss Technologies. The demogorgons from Stranger Things have nothing on what Claire Hotchkiss is capable of.

In an interview with The Wrap, I. Marlene King said that technology will play just as big a role in The Perfectionists as it did in Pretty Little Liars. "I think the technological advances, specifically social media and everything, will play a part in this world in the way that texting did on Pretty Little Liars," she said. "[In the pilot] is a perfect example showing how we’re sort of taking technology to the next level and how it helps us and hurts us all at the same time."

For now, PLL: The Perfectionists fans will have to wait and see how Beacon Guard will help or hurt Alison and the rest of the new Liars. Maybe, though, for now, we all just check the privacy settings on our devices?