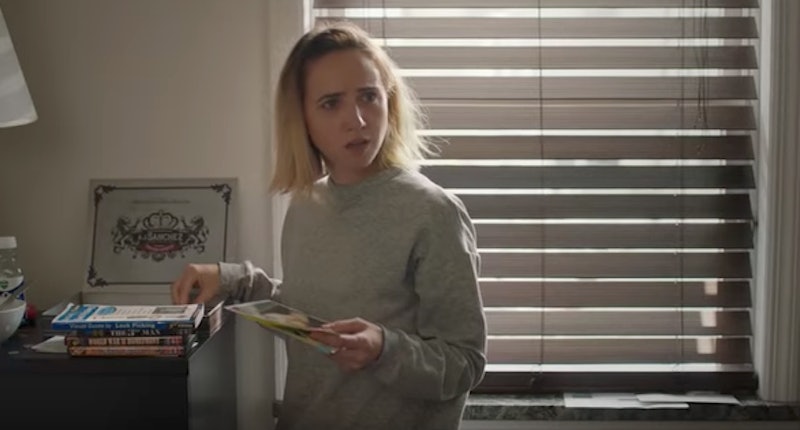 The Big Sick is pretty unusual for a rom-com in that one half of its romantic pairing spends much of the movie in a coma. But this isn't While You Were Sleeping — the coma isn't played for laughs. It's instead portrayed as a realistic emotional gut punch, and that's because the movie is based on the real life relationship between star Kumail Nanjiani and his wife, Emily V. Gordon, who really was struck by a mysterious illness near the start of their relationship. So, what disease does Emily have in The Big Sick?

Nanjiani and Gordon wrote the script together, and based it upon the first year of their relationship together. The pair met during one of Nanjiani's stand up shows and casually dated for a while before having a falling out when Nanjiani was unable to fully commit to their relationship due to his fear that his Pakistani Muslim family — who were attempting to arrange a marriage for him — would not accept her. Gordon then went to the hospital as she was having trouble breathing, and she told Nanjiani. She ended up in the ER with a mysterious and rapidly spreading lung infection, and the doctors elected to put her into a coma for her safety while they figured out what was wrong. Since he was the only one who knew her situation, it was up to Nanjiani to call Gordon's parents, who then spent the next week in the hospital getting to know him under the most stressful of conditions.

That pretty much all really happened, and it's also the basic plot of the movie, but what was it that Gordon actually had? Well, after eight days of testing and ruling out conditions like H.I.V. and Leukemia, the doctors were finally able to diagnose her condition. She had adult-onset Still's Disease, an extremely rare auto-inflammatory condition — prevalence is estimated to be just 1.5 cases per 100,000 to 1,000,000 people — that can be managed once it's discovered.

The most common symptoms are high fever, joint pain, and a bumpy rash. But it can cause other problems, too, like fluid in the lungs that make breathing difficult. "I have to sleep the right amount and exercise the right amount, and I still occasionally get flare-ups and have to stay in bed for a few days," Gordon told The New Yorker's Andrew Marantz about living with the disease, for which there is no cure. "But no more I.C.U.s, which is pretty f—king sweet. Now I only have to go to the hospital when we’re filming a movie in one."

Adult-onset Still's Disease is very rare and treatable, but it can occasionally result in dangerous and scary scenarios like what happened to Emily V. Gordon. Thankfully, she came out of it OK, and is now willing to share her story with the world in The Big Sick.