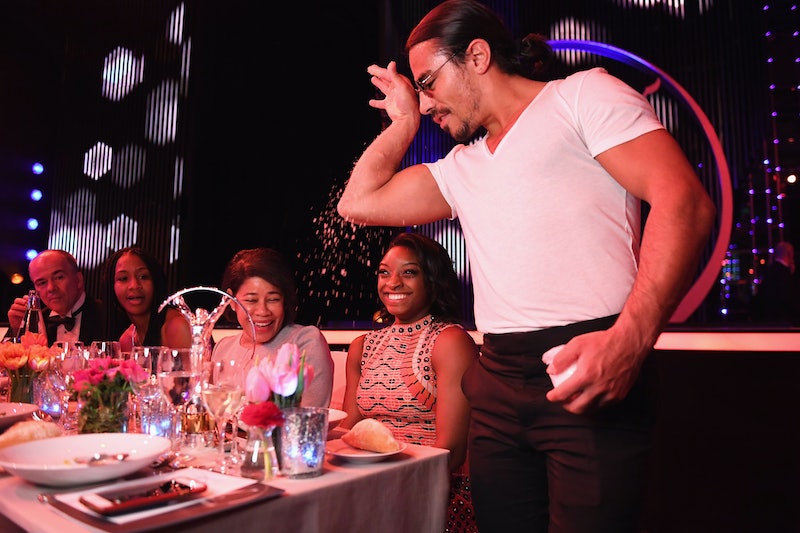 Depending on how much time you've spent on social media platforms recently, you may have heard the word "extra" used in a non-standard way. If you have no idea what "extra" means as a slang term in reference to a person, good news: I promise, this is a very easy concept to grasp.

Typically, we think of "extra" as being a modifier for other words: It can be used adjectivally to indicate an increased amount of something (as in, "I made an extra $20 this week") or an adverb to indicate that something is more of whatever it is than usual ("Wow, that Smurf is extra blue"). Somewhat less commonly, it might be used as a noun ("I ordered a pizza with all the extras" or "Jeanie acted as an extra on Heroes."). The slang usage of it, though, treats it as an adjective all its own.

The earliest Urban Dictionary entry regarding the use of "extra" in this sense dates back to 2003, with an anonymous post stating the definition as, "Over the top; Excessive, dramatic behavior; Way too much." On Jan. 28, 2017, user Performingfartist (yes, really) described it as, "Doing the absolute damn most. For no reason." That's probably the best definition I've heard for "extra" as a slang term thus far.

Around 2015, "extra" began to make an appearance on lists of new slang, accompanied by now-well-known terms like "slay," "squad," "thirsty" and " on fleek." While most of these words have since been moved out of our vernacular rotation, "extra" has remained. And just to be clear, when I say that those words have been removed from our vernacular, I am referring to the fact that many of them originated in AAVE, were adopted by white folks, used heavily by white folks, and then dropped — by white folks. If you're going to use these terms, understand where and how they originate, my dudes.

Though "extra" has been used intermittently throughout pop culture, the most recent viral use has been in referencing "Salt Bae," the Turkish chef caught sprinkling salt with a dramatic flourish. While wearing sunglasses. And a very tight, white t-shirt. And a ponytail.

I mean, if anything is an embodiment of "extra" behavior, it's this dude salting a steak. He lives big and I admire that. Salt Bae is, definitively, extra.

The term itself, often phrased as "so extra" or "super extra," has moved from a negative connotation to a sort of loving irritation — mocking, but not derogatory. The pal who is a pain in the ass, but whom you honestly kind of admire for it. There are also the people who happily claim the title of "extra." Your friend who hears "quiet night in" and arrives fully contoured in an all-velvet ensemble — extra. When your mom says she's cooking a light dinner and five courses are involved — extra.