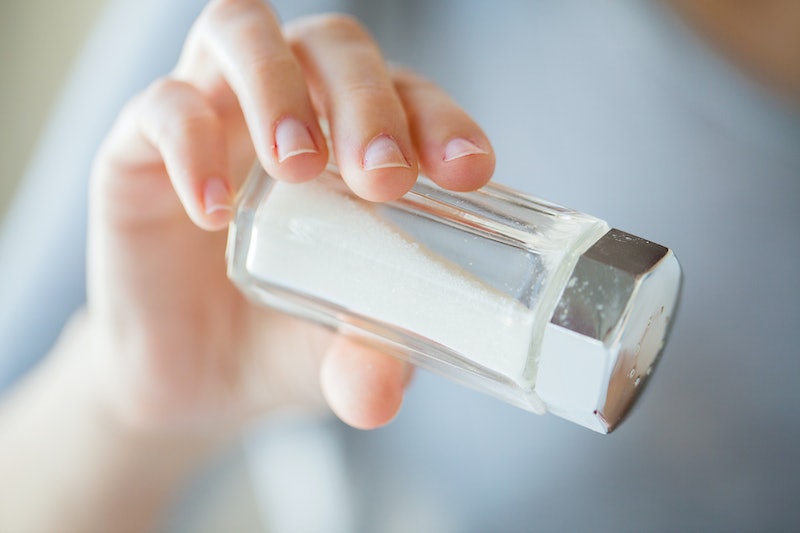 Ever since Salt Bae appeared on the scene and stole all our hearts with his absurdly good looks and superior seasoning skills, one question has been on all our minds: Who Is Nusret Gökçe? Despite his recent catapult into internet meme fame, Gökçe is relatively unknown, maintaining an air of mystery about him; he does not appear to have spoken with any media outlets about his meme-ification. So, is there any information available on the man we've come to affectionately know as Salt Bae? Let's take a deep dive together.

Nusret Gökçe is a Turkish chef, butcher, restauranteur, and co-owner of the steakhouse chain Nusr-Et, which opened its doors in 2010 and has six locations across Turkey and Dubai. The Nusr-Et Instagram page, currently boasting 1.9 million followers, showcases pictures with celebs like Tommy Hilfiger. Even before Gökçe graced us with his superb salting, he was already well-known (albeit a little more locally) thanks to his culinary creations and — ahem — visually... appealing... appearance. My mother taught me that it's not polite to stare, so I'll just leave this here. And this. And this. Do with them what you will.

So, Nusret Gökçe. Chef. Business owner. Good with his hands. Likes to play with knives. Attractive to many. When the video hit their Instagram page — one of Gökçe slicing and dicing an Ottoman steak and elegantly topping it off with a sprinkling of salt — everybody and their grandma decided to go nuts over it.

At the time of this writing, the Instagram video has collected 6.3 million views and 34.3 thousand comments. No one can say for sure why some things go viral and others don't (cats and cucumbers? I never knew I was supposed to care), and it's safe to say that no one cared when I salted my eggs this morning. But I don't make the rules. Admittedly, I'm a Salt Bae fan with the rest of 'em.

Naturally, we all started digging for more information on this magical chef, but little is to be found. He did reveal during an interview with a Turkish news outlet that he was one of five children of a miner, and had to leave school due to financial struggles. Life led him to an apprenticeship with a butcher at the young age of 16; and after perfecting his craft while living in Argentina, he made the decision to open his own restaurant. He sometimes works 18-hour days but never takes overtime, which just makes us love him even more. That is serious dedication to meat. What started as a passion for cooking turned into a meaty empire that now includes 400 employees as part of his team.

Little else is known about Gökçe's personal life. According to the aforementioned interview, when he opened his restaurant in 2010, he was not married. Fans have noted that he doesn't wear a ring, but maybe the man just doesn't like rings. Or maybe he's single and ready to mingle. Or not.

We can say one thing for certain: This man's love affair with meat and the way he makes things glitter with salt have rightfully earned him the spot as 2017's first viral meme.