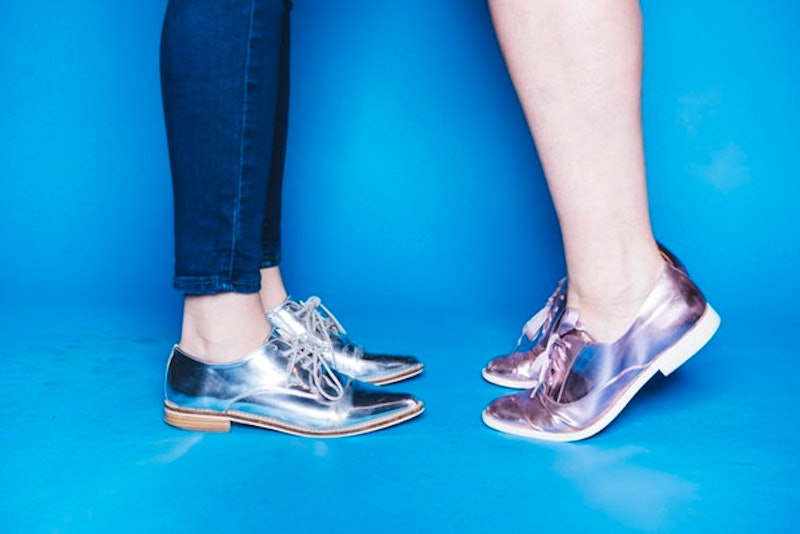 You don't have to have studied sex researcher Dr. Alfred Kinsey to know that not only is human sexuality complicated, but it's definitely not black and white either. While The Kinsey Scale, first introduced in 1948, was fairly limiting (but groundbreaking, in some ways, at the time), with zero meaning someone is exclusively heterosexual and six meaning someone is exclusively homosexual, with a spectrum in between that allowed for more options, it certainly didn't encompass all possible sexual identities. For example, the sexual identity, pansexuality, isn't on the scale — nor are many others.

Although being pansexual has existed as long as the human race has, it's only been recently that the word has become more mainstream, most recently when Janelle Monae came out as pansexual. Miley Cyrus also notably said she was pansexual in a few interviews over the last fews years. But even before that, OkCupid had made the move to include pansexual as a sexual option, along with many other gender and sexual options from which to choose and identify. But what does it mean to be pansexual?

"People who are pansexual are attracted to others without regard for gender," New York–based relationship and etiquette expert of Relationship Advice Forum, April Masini, tells Bustle. "They’re open to all sexual experiences. The prefix 'pan' comes from the Greek term for “all” and when you couple that with the word sexual, you get 'pansexual' which is a more modern term that refers to people who are attracted to everything and everyone, no matter what their sexual orientation or preference."

"I am pansexual, but often use the umbrella term bisexual to be more inclusive and also show that bisexuality does not exclude people based on gender, since I am transgender myself and so are a lot of other bisexuals or people who identify as such."

But there's even a bit more to it than that. Here's what you should know:

More like this
The Best Time To Date After A Breakup, According To Experts
By Bustle Editors
Are Quality Time & Physical Touch Love Languages Compatible?
By Lexi Inks
Is It A Rebound Relationship Or The Real Thing?
By Carolyn Steber and Lexi Inks
Virgo & Sagittarius Zodiac Compatibility, According To Astrologers
By Kristine Fellizar
Get Even More From Bustle — Sign Up For The Newsletter