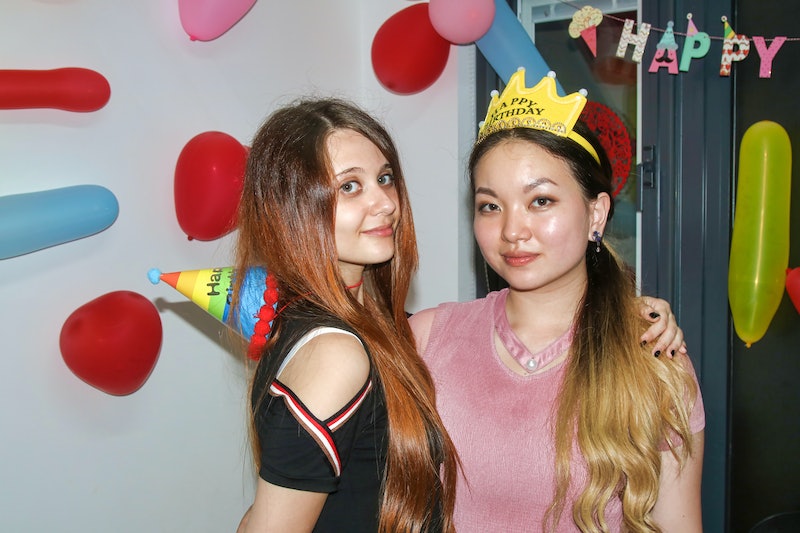 Well, the answer is a little more nuanced, than a simple yes or no. First of all, if your birthday does happen during the retrograde this year, according to astrologer Patricia Clark Hippolyte, that means every Mercury retrograde in next year will be a positive time for you, astrologically speaking. So, that rules.

"It's like two negatives equals a positive. Retrograde is normal for you this year," Hippolyte says.

And with that being said, the retrograde will work for you on a pretty deep level, it seems. "Mercury in retrograde has a really bad reputation," astrologer Elisa Robyn, PhD, who also has a doctorate in psychology, tells Bustle. "In mythology, Mercury was the god of communication. But he was also kind of a trickster. On a basic level, if it's your birthday, the plans may get changed. You may say [to your guests to] show up at 5th ave at six, and they show up at 6th Ave at five. That kind of thing."

But Robyn says that more than anything, she believes that a Mercury in retrograde gives us a chance for really deep reflection, especially if it's your birthday. Instead of just keeping up with the world around you, the pace of the retrograde means a chance to really see what is going on with you. It's an optimal time for a serious check-in, if you will.

This is a moment where you can really think about how you are in the world and how you want to be seen, Robyn says. You can give yourself real time to honor your feelings and give them some space. If there has been any struggle with getting internal clarity, during a retrograde, that becomes a lot easier. Right now, Robyn says, because the retrograde is currently in Leo, it will be more impactful for those lovable lions, as they are ruled by the sun.

"It's going to give you [a Leo] the chance to look at the ego, how the world communicates to you, and how you communicate with the world," Robyn says. Since Mercury in retrograde is a time where we become more aware of how we are seen in the world, how we communicate, and how we are interpreted, for a Leo, who likes to be honored and respected, this can be a humbling time as a result. Leos like to learn about themselves via how other people see them.

"Sometimes what they find or experience during a retrograde doesn’t feed their ego. What someone else reflects back to them doesn’t feel as good as they thought it would," Robyn says.

But this kind of deep reflection can lead to real change and self-knowledge. It can bring a Leo to a question that can feel oh-so-difficult-to-answer: what do you want to see, literally or figuratively, when you look in the mirror?