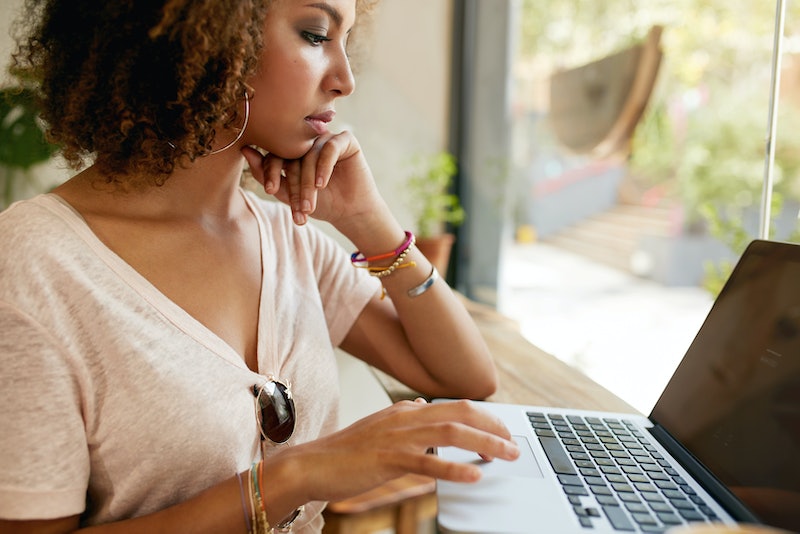 April 4, 2017 is Equal Pay Day, which is the day marking how far into this year women would need to work to get paid what men did for last year. And yes, we'd have to work all the way until now — the fourth month of the year. According to the Economic Policy Institute last year women earned, on average, 22 percent less than men. And before you say that it's better than some places, let's remember that the U.S. comes in at 45th in the World Economic Forum Gender Gap report. So yes, better than some places, but still absolutely pathetic. It's an embarrassment.

But here's the thing — some women experience the pay gap way more than others. Using data from The National Women's Law Center's (and the handy little map they've created) you can see the actual pay disparity from state to state — and, crucially, from state to state for different female demographics. Because marginalized women suffer gender discrimination more and, especially if you're privileged and white like me, it's important to acknowledge that.

For example, according to their statistics, a Native woman in Iowa makes a mere 49.5 percent on the dollar. Yup, that's lower than the average pay gap before the Equal Pay Act was passed in 1963 (it was 54 cents then). And less than half of what men get. So saying that we still have a long way to go would be an understatement. Just to give you an idea, here's what Equal Pay Day would actually look like for some women around the country:

More like this
The Most Compatible Life Path Numbers, According To Numerologists
By Kristine Fellizar
The 3 Most Compatible Matches For Life Path 1s
By Kristine Fellizar
How To Fight For Reproductive Rights, Based On How Much Time You Have
By Courtney Young
The Music Industry Continues To Fail Black Women
By Precious Adesina
Get Even More From Bustle — Sign Up For The Newsletter