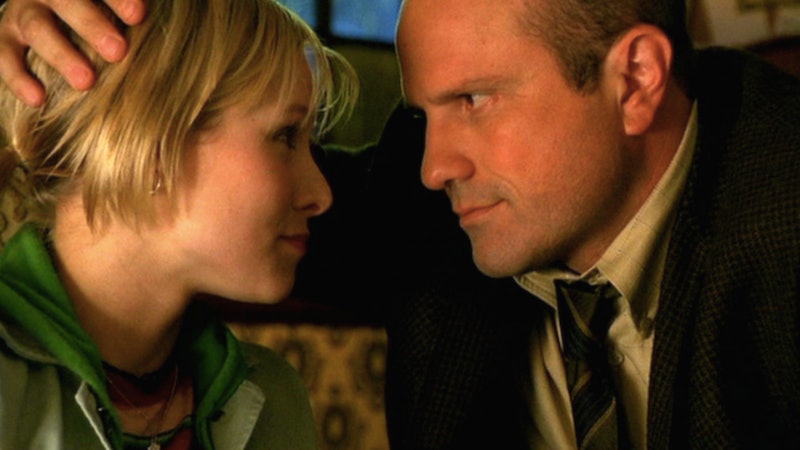 Spoilers ahead Veronica Mars Season 4. The new season of Veronica Mars saw our favorite private investigators attempting to unpack multiple mysteries, but one of the biggest questions in the season hit very close to home. Namely: What happened to Keith Mars before Season 4 and does his ailment have anything to do with his lapses in memory?

When fans catch up with the Mars family and their current investigations, Keith (Enrico Colantoni) is walking with a cane due to a strong limp that affects his mobility. Hardcore Marshmallows might remember that in the 2014 movie, Veronica Mars, Keith was hit by a car while having a secret meeting with a Deputy at the Balboa County Sheriff Department. In the wake of the accident, Keith was in critical condition, but recovered enough at the end of the movie in order to be able to return to his job.

The clandestine meeting between Keith and Deputy Sacks (Brandon Hillock) gets referenced quite a bit in Season 4, because the private investigator was meeting with the officer in order to advocate for Weevil (Francis Capra). In the film, the then-reformed leader of the PCHers was shot, and the corrupt Sheriff planted a gun on him in order to send him to jail. The Mars' took up his case in order to help his defense, but Weevil eventually returns to his biker gang lifestyle — much to Veronica (Kristen Bell)'s chagrin.

In addition to adding a layer of tension to Veronica's relationship with Weevil, the car accident at the end of the Veronica Mars movie is still deeply affecting Keith in Season 4. In addition to his limited mobility, the private eye is dealing with lapses in his memory, and he's even put on medicine to prevent dementia by a doctor he was introduced to by Clyde Pickett (J.K. Simmons), Big Dick Casablancas' new lackie.

Ultimately, Keith does get a diagnosis — in the Season 4 finale, he tells his daughter that he finally has an answer about all of the medical issues he's been having. He needs a hip replacement due to his remaining injuries from the car accident, and the holes in his memory are the result of being prescribed conflicting medications. The finale might have devastated Marshmallows and LoVe shippers everywhere, but at least Keith got a happy ending at the end of Season 4.

The events of Season 4 threw everything that fans knew about Veronica and her loved ones into complete disarray — Logan was killed shortly after getting married, Veronica is going to therapy to work on herself after a spending the whole season resisting it, and Keith is recovering from a much-needed surgery. And while it seems to imply that if Veronica Mars does get a Season 5, Veronica will have moved on from Mars Investigations, the finale does seem to give Keith a new lease on life, and allow him to return to sleuthing if he wants to.

LoVe might be officially over at the end of Season 4, but it does seem as if one member of the Mars family will be able to continue solving crime in Neptune, for many more years to come.

More like this
This 'Gossip Girl' Wardrobe Error Has Gone Viral On TikTok
By Alyssa Lapid
Rupert Grint Just Shared A *Major* Update About Ron Weasley’s Future
By El Hunt
'The Last Of Us' Has Officially Been Renewed For Season 2
By Darshita Goyal
A New 'And Just Like That' Table Read Pic Confirms A Key Character's Return
By Jack Irvin and Grace Wehniainen
Get Even More From Bustle — Sign Up For The Newsletter
From hair trends to relationship advice, our daily newsletter has everything you need to sound like a person who’s on TikTok, even if you aren’t.