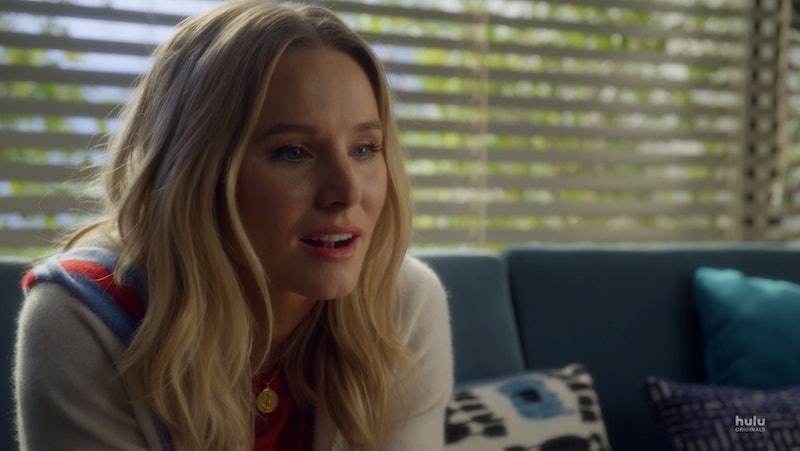 Major spoilers for Veronica Mars Season 4 ahead. It's been a wild ride for the marshmallows out there, given the long wait between the original Veronica Mars series, the movie, and the books. And the Veronica Mars Season 4 ending didn't pull any punches. In case you couldn't bear to watch once you got a sense of how it was going to end or just need to rehash this thing over (and over, and over) again, let's break down everything we just saw together. It was a doozy.

Veronica Mars used to be a favorite in the "canceled too soon" cult crowd, but just one Kickstarted movie, two novels, and a new season on Hulu later and it seems like Mars Investigations is here to stay — in some iteration or another. By the time these new episodes pick up, Veronica has returned full time to her old high school gig working full time alongside her father. While Mac is out of the country, the rest of the gang's all here. Veronica still goes to Wallace, Weevil, and Leo for help and butts heads with Dick Casablancas and Vinnie Van Lowe.

She's also in a committed and seemingly healthy relationship with Logan now. Basically, she seems to be in a good place — so you had to know it wasn't going to end well.

The case: a series of bombings starts targeting Spring Break hot spots all over Neptune and involves organized crime, internet sleuths, a politician, and J.K. Simmons. When all is said and done, here's what fans learned, what questions are still smoldering, and everything in between at the end of Season 4.

First things first, there was a mystery to solve. Turns out, the bombs were placed by Patton Oswalt's character Penn, a pizza delivery guy who wanted true crime fame and fortune even if it meant taking lives and doing time. The most precious of lives, too.

Do Veronica & Logan End Up Together?

Well.... yes and no. Let's get this out of the way as soon as possible: Logan is dead. The final bomb, which was probably meant for Veronica herself, killed Logan right after the two of them tied the knot. So they did get married, and they did have something of a real relationship between the Veronica Mars movie and the end of Season 4. It's just not the "happily ever after" that they deserved.

If it's any consolation to you as a 'shipper, the final moments of the season flash forward a year after Logan's death and Veronica is still wearing her rings. In some way, they'll always be together.

Does Veronica Stay In Neptune?

Nope! She'll be back, but leaves town at the end to pursue casework. "I kinda wanna be anywhere but here," she says.

She should go on vacation, as Logan's therapist notes. That's another development at the end of Season 4 — Veronica Mars goes to therapy! It's kind of about time.

Is Her Dad OK?

At least we don't have to worry about Keith Mars' dementia. He ends Season 4 better than ever: a new girlfriend, more cases than he and Veronica can handle, and no lingering health issues.

Is Matty Ross The "New Veronica"?

Seems like it! Veronica doesn't want kids, but found herself a protégé anyway. She would be the type to accidentally adopt a teen. If Veronica Mars returns for Season 5, she could be leading the investigations, or at least picking up the phone. Even Wallace, Matty's teacher, noticed how she was mimicking Veronica's detective techniques and mannerisms. Plus, Pony likes her, and that's what really counts.

The Veronica Mars Season 4 ending was brutal, but at least there were some happy endings.