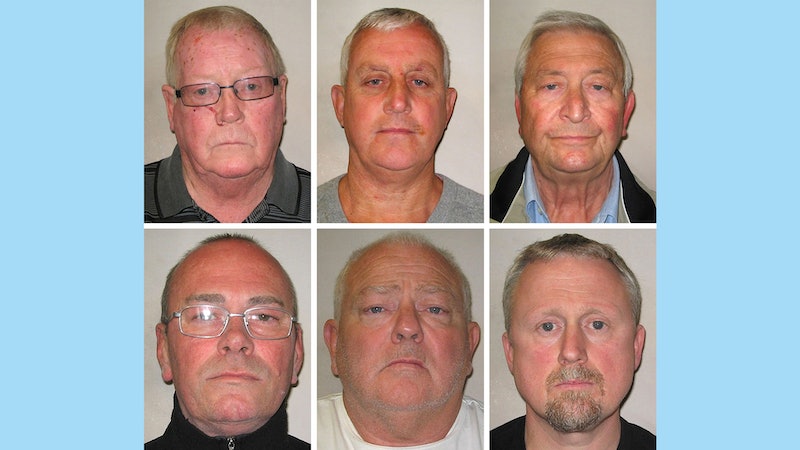 In 2015, a group of thieves stole money and jewellery worth millions. The story of the heist — which took place in the centre of London's diamond industry, Hatton Garden — has now been turned into a four-part ITV drama. But if you have no idea what happened to the Hatton Garden robbers, you might want to read this in-depth refresher.

As Radio Times reports, during the Easter weekend of 2015, a group of men broke into a vault full of safety deposit boxes. Despite a great deal of investigating, police are still unsure how certain things happened. For example, they know how the men got in and out of the vault (a huge drill), but they don't know exactly how they managed to bypass the building's alarm system.

There is also some uncertainty over the precise value of the stolen goods. As the Guardian states, a value of £100 million was given at the time. This then went down to £14 million, reports the BBC, before rising to an estimated £25 million in January 2017. Now, several reports suggest £14 million was indeed correct.

Put it this way: they stole a lot. And, unfortunately for the gang, no one got away with it for long.

In May 2015 (just one month after the burglary), nine suspects were arrested, reports the Telegraph. 76-year-old Brian Reader was one of them. During the trial, it was established that Reader was in fact the "ringleader" of the operation. As the BBC states, his status probably came about as a result of his lengthy criminal background. In 1983, he was involved in Britain's biggest gold robbery and, after a surveillance police officer was killed, was arrested for murder alongside a man called Kenneth Noye. The pair were acquitted after Noye pleaded self-defence.

The other main members of the gang that were arrested around the same time were Terry Perkins, John "Kenny" Collins, and Daniel Jones. Police used a mixture of surveillance and bugging tactics to catch the offenders, reports Radio Times.

In March 2016, six men were sentenced. The aforementioned three each received seven years, reports the Daily Mail. William Lincoln — the getaway driver — received the same prison sentence while Carl Wood — who left the gang halfway through the heist — was given six years. Gang helper Hugh Doyle received a suspended sentence. Reader was sentenced a week after the others due to ill health, states the Telegraph. He received six years and three months.

But the police work didn't stop there. Another essential member of the gang — a man known only as Basil — was still at large. In fact, the alarms specialist (whose real name was Michael Seed) was only arrested in March 2018, reports the BBC, and sentenced to 10 years in prison in March 2019.

If you were thinking that all of the men are still locked up, you'd be wrong. In February 2018, 69-year-old Perkins died in prison, states the Guardian. And, as the Evening Standard reports, Reader was released in July 2018 after serving only half of his sentence. However, despite protestations that he did not benefit financially from the heist, he has been ordered to pay back £6.6 million or face another prison sentence, states the Sun.

A £6.5 million repayment was ordered from Collins, who was released before Christmas, according to the Mirror. And, as the BBC reports, 63-year-old Jones was sentenced to a further six years and 287 days in August 2018 after failing to pay back millions. This proves that extra time in jail for these guys wasn't an empty threat.

The long investigation and legal ups and downs turned out to be a nightmare for the makers of the new ITV series. Hatton Garden, starring Timothy Spall, was originally set to air in December 2017, reports Digital Spy. But, due to a separate court case involving Perkins, it was delayed for fear of prejudicing the trial. A further delay occurred when Seed was eventually arrested.

Writer Jeff Pope told the site that he and the other series creators wanted Hatton Garden to be "the definitive version" of the tale. Now, he says he has "the complete story" and is finally able to show it to the world.