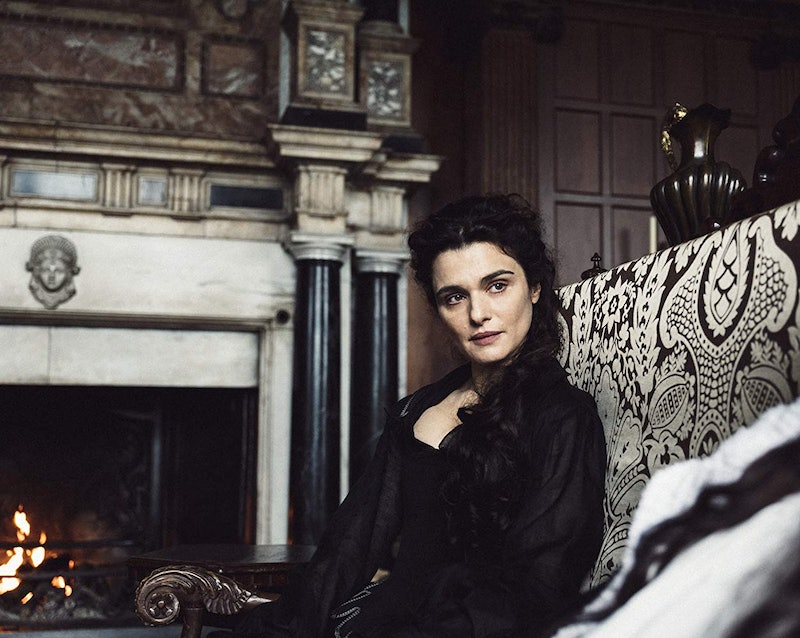 It's officially Oscar season, and one new film that's looking to make waves at the Academy Awards is historical drama The Favourite. The movie takes place during the reign of Queen Anne of Great Britain, and tells the story of the rivalry between the Duchess of Marlborough, Sarah Churchill, and her cousin, Abigail Hill, who both vied for the affection of the queen in an attempt to be her "Favorite" — her most trusted confidant and advisor. The movie gives a unique look at their rivalry through a dramatized lens, but what happened to the real Lady Sarah?

The real Lady Sarah was born in 1660, and she befriended Queen Anne prior to her becoming queen when the two were children, so when Anne ascended to the throne the pair were already best friends. In 1675, Sarah married John Churchill, and the two of them went on to become the first Duke and Duchess of Marlborough. She officially become one of Anne's Ladies in Waiting (a special personal attendant) after the future queen wed Prince George of Denmark in 1688, according to Brittanica. She used her position of power to gain influence for her favored political party, the Whigs, and to secure power and prestige for her family.

After an initial run as the queen's favorite, the relationship between Sarah and Anne started to deteriorate due to their political differences. Sarah supported the liberal Whig party and wanted them to have more power in government, while Anne was a conservative Tory. This difference of opinion caused the start of their relationship troubles, but it wasn't the end of them. Around the same time, Sarah's cousin Abigail came to court and hit it off with the queen. As her relationship with Anne grew closer, the queen grew more distant from Sarah until Abigail was fully taken in as Anne's favorite. As retaliation, Sarah allegedly spread rumors that Anne and Abigail had a sexual relationship, according to the BBC, and there remains speculation that Anne's relationships with both Sarah and Abigail were more than just platonic friendships (an idea that's fully explored in The Favourite). Ultimately, Sarah was dismissed from the court by Anne in 1710, and the two never spoke again, according to Brittanica. But the end of Sarah's relationship with Queen Anne did not mark the end of her life.

Sarah went on to live for another 34 years, passing away in 1744 at the age of 84 — a long life even by today's standards. She had seven children with husband John Churchill, and she outlived all but one of them. She also outlived her husband by 22 years, and Queen Anne by a staggering 30 years. In 1730, Sarah published her memoirs, which for many years were considered a premier — if unflattering — source on the life of Queen Anne. And in 1742, she published another work, An Account of the Conduct of the Dowager Dutchess of Marlborough, from Her First Coming to Court, to the Year 1710 in a Letter from Herself to My Lord, offering even more insight into her time in power, according to The Peerage.

Thanks to her free-spirited, charming personality and her tenacity, Sarah Churchill was able to greatly influence policy in 18th century Great Britain through her relationship with Queen Anne. But it was these same attributes that ultimately led to her fall from the queen's good graces, and her subsequent loss of power.