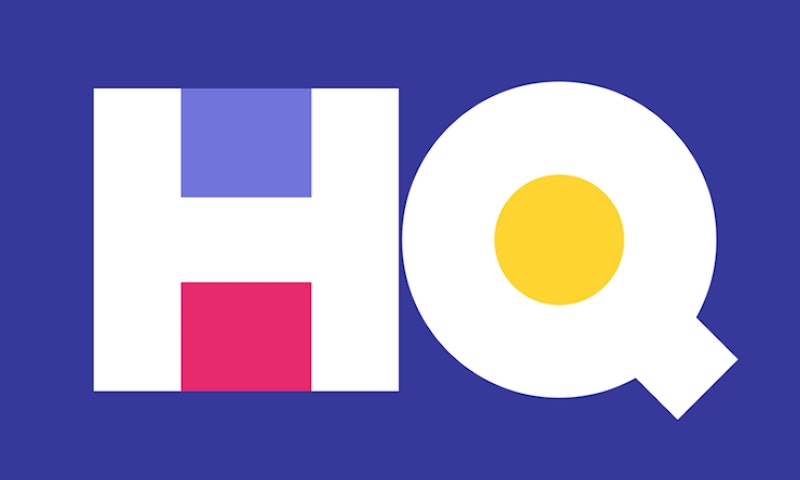 We've been taught our whole lives that there's no such thing as free money, so you might've found yourself wondering exactly what happens if you win HQ Live Trivia. The app is a free download, so they can't really be giving away actual money, right? You'd think not, but HQ trivia, the iPhone trivia app, really does reward winners of its daily games with the cash prize that it promises. All you need to do is log in at the appointed time, answer all the questions right, and you'll be greeted with a pop-up congratulating you and directing you to Paypal, where you can cash out your winnings as soon as your total gets above $20. It's as easy as that.

But while most winners are dealing with more manageable amounts, $1,000 is hardly small change, so where exactly is the money coming from? Your first guess might be ad revenue, and it's not a bad one. However, at least for the moment, it's not entirely correct. The cash prizes are being furnished by Intermedia Labs, the very company that hosts the game. TIME claims that "some affiliates, marketers, and partners" are also chipping in, but the majority of the funds are coming from Intermedia itself.

Tech Crunch reported in October that the start-up was given "a few million dollars" in seed money from venture-capital firm Lightspeed, which likely goes a ways toward explaining how Intermedia can hand out money without charging for the HQ Live Trivia app. But the game's creator Rus Yusupov, who previously founded Vine, shared with Variety that he isn't too worried about the game being profitable right away.

The 33-year-old declined to share with the magazine how much money HQ Trivia has paid out so far, but says that monetization isn't currently a focus. He acknowledges that the game is "getting a ton of interest from brands and agencies who want to collaborate and do something fun," but emphasizes that he never wants the user to feel "optimized," or like they're the product. "We want to make a great game, and make it grow and become something really special."

HQties, there's free money to be had, so continue logging in every day at 9:00 p.m. EDT, as well as 3:00 p.m. EDT on weekdays, and competing for cash. As you're probably aware, the total prize for each time slot is $1,000, and that prize will either be split between anyone who lasts to the end of the round without being eliminated on any of the multiple-choice questions, or rolled over to the next day. But you don't need to stress too hard about what you'll do with all that money. Even though users have competed for a jackpot as high as $8,000, the app's current leaderboard, viewable only when you download the app, indicates that the largest payout to any individual is $807.

Whether the wins are big or small, or by normals or celebrities, they're clearly happening, so it's no surprise that HQ Trivia has quickly become one of the hottest commodities in the App Store. And, even more importantly, once you win, you can continue to play for a chance to win more and more money. As of yet, no one has reported there being any limit on the amount of jackpots you can claim for your own.

People are winning money just by being smarty-pants, so log in and do the same before the game's creators change their minds. Who knows, by the end of the day, maybe you'll have made your mark on the leaderboard, and be cashing out a cool $20 on Paypal.