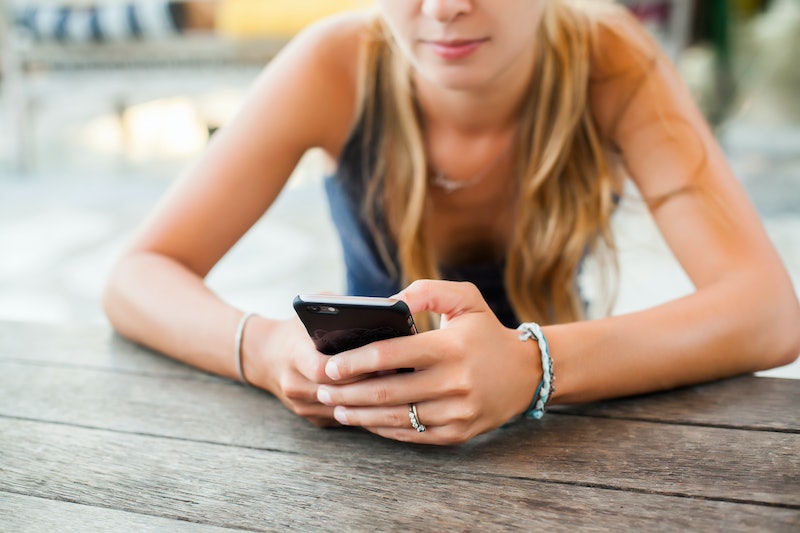 Another day, another impending Apple iOS update to either be excited about or dread. Apple's newest upgrade, iOS 13, is set to drop in Sept. 2019. And it's "designed to give your iPhone a whole new look," according to Apple, "[a]nd take it to a whole new level." The software update is reportedly compatible with the iPhone 6S, 6S Plus, and all later models — but what do all the iOS 13 update features mean for iPhone 6 users?

Well, if you're one of the aforementioned people with a regular ol' iPhone 6, I've got a bit of bad news: There are some iOS 13 updates that won't work on iPhone 6. Actually, spoiler alert: It's all of them. Although the new iOS will be compatible with the iPhone SE, 6S, and 6S Plus, it won't be compatible with iPhone 6 — or for that matter, any earlier ones (although I don't know how many of us are still rockin' the iPhone 5 series).

That said, just because the new iOS won't be compatible with the iPhone 6 doesn't mean that devoted iPhone 6-ers will be forced to ditch their current models. "[Y]ou'll either have to stay on iOS 12 or be forced to buy a new iPhone that is compatible with the new OS," reported CNet on its site. Sticking to an older operating system can be annoying, as it has a tendency to slow down your phone, plus some upcoming apps and updates will cease to be compatible with your phone as time passes. More importantly, though, one must consider the fact that with iOS 13 comes updated privacy and security features, which could leave your older model more vulnerable.

In any case, there are a few major features that iPhone 6 users are going to have to accept living without when it comes time for everyone else to upgrate to iOS 13.

One of those are the "Photos" app updates. As someone who mostly uses my iPhone for photos, this one would be a bummer to miss out on for me. With iOS 13, users will reportedly see even more library curation, making it way easier to search for photos easily and break things down. You can even have your phone automatically create personalized highlight reels for your friends' birthdays. Guess iPhone 6 users will still have to scour their photo library themselves when putting together their besties' annual birthday Instagram photo drop.

There are also some helpful dark mode settings that will be rolled out with iOS 13. This update goes beyond dimming your screen and mitigating some blue light — it actually changes the color scheme of your entire interface so that it's darker, which is both easier on your eyes and less disruptive to other people around you.

But aside from those fun and helpful options, there are some security features that'll be a bummer to miss out on. For example, the "Find My iPhone" app will be seeing upgrades, and will now "use a crowd-sourced encrypted Bluetooth signal to help you track down devices that aren't connected to Wi-Fi or cellular," according to Tech Gadget, which could make it easier to find your phone in a case where it was lost. It'll also allow you to take more control of smaller details regarding app access to location and privacy, and will introduce a service called "Sign In With Apple," which is a single sign-on (SSO) tool that will allow users to log into apps and social media accounts through Apple and preserve more of their data.

If you want to see what else you'll be missing out on by foregoing iOS 13, you can check out Apple's full list of new iOS 13 features on its site — and from there, you can make an informed decision as to whether it's worth it to stick things out with your iPhone 6 or take the plunge into a newer iPhone model.