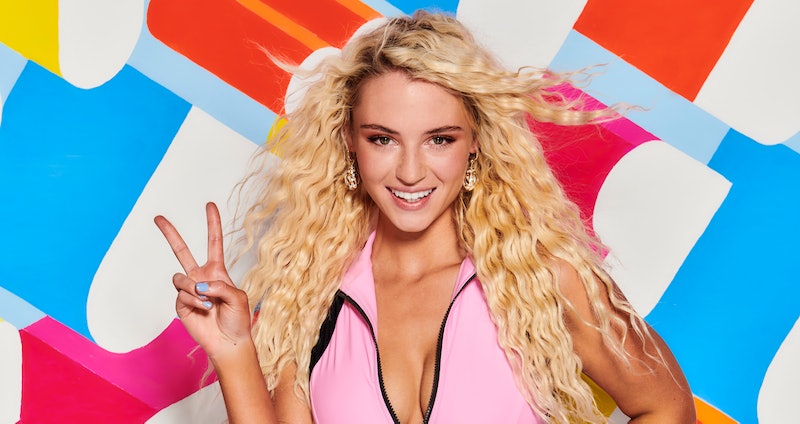 Love Island is always full of hair, makeup, and outfit inspo. This year, beachy wave fans were bowled over by Islander Lucie Donlan's beautiful hair, which always looked like she'd just stepped out of the ocean (minus the bits of seaweed and knotted ends). So it comes as no surprise that the star has recently signed up to become the face of a salt spray for hair brand Peng Hair. But what is Peng Hair? As the brand has just teamed up with Lucie, I looked into exactly who they are and what they sell.

Lucie has bagged herself her first (of many, I presume) beauty campaign, in which she is promoting Peng Hair's Beach Goddess sea salt spray. The deal, according to The Sun, is worth an impressive £200,000. A spokesperson for the brand shared their excitement, noting that Lucie is the perfect face for the product:

"We are ecstatic to have signed Lucie to endorse our brand," they said, also adding: "Lucie is instantly recognisable with her fantastic surfer look hairstyle and with her laid back approach is a perfect fit for Peng Hair.”

So what is Peng Hair exactly? Although the brand is pretty under-the-radar, it seems like a cute, small boutique just starting out. So far, it only has two products, of which Lucie is the face of one. As well as their Beach Goddess spray, which is coconut scented and costs £12.50, the brand also sells a Styling Cream named Beach God for £13.50.

The brand has a humble following on Instagram, but is sure to grow with Lucie as the face.

Photos from the campaign show Lucie wearing some cool printed swimwear and spritzing the wave-creating spray over her locks.

This is not the first time Lucie has been lauded for her amazing hair. As soon as she stepped on the show, fans were asking just how she maintained her awesome surfer girl waves, and which products she used. It was quickly reported that Lucie sprayed the VO5 Texturising Sea Salt Spray into her hair to create her look; a spray which costs a mere £2.93 at Boots.

The star has also shown a penchant for iconic wave styler Surf Spray by Bumble and Bumble. She has posted about it several times on her Instagram, although it is unclear whether her posts were sponsored or not.

"I’m not one for perfectly styled hair as you can probably tell, so was very excited to try this @bumbleandbumble 'Surf Spray.' The sea salt spray adds volume, texture and hold for beachy windswept hair!"

She also then featured the spray in February 2019, in a post showing her getting ready for a "tropical adventure."

Another product that Lucie has previously mentioned is the Umberto Giannini Pool Proof Leave-in Hair Protection Cream, which is also affordable at under £8.25.

I can't wait to try the new product that has captured Lucie's heart. If it will give me a chance to perfect her awesome waves, I'm IN!

More like this
Why “Patch Snatch” Ponytails Are Everywhere Right Now
By Tomi Otekunrin
Glossier’s New Olivia Rodrigo Campaign Is Giving ‘90s Groovy Chick
By Tomi Otekunrin
I Have Eyebrow Alopecia – & Microblading Gave Me My Confidence Back
By Jessica Morgan
How To Style Your Hair For A Festival, According To Maya Jama’s Hairstylist
By Tomi Otekunrin
Get The Very Best Of Bustle/UK