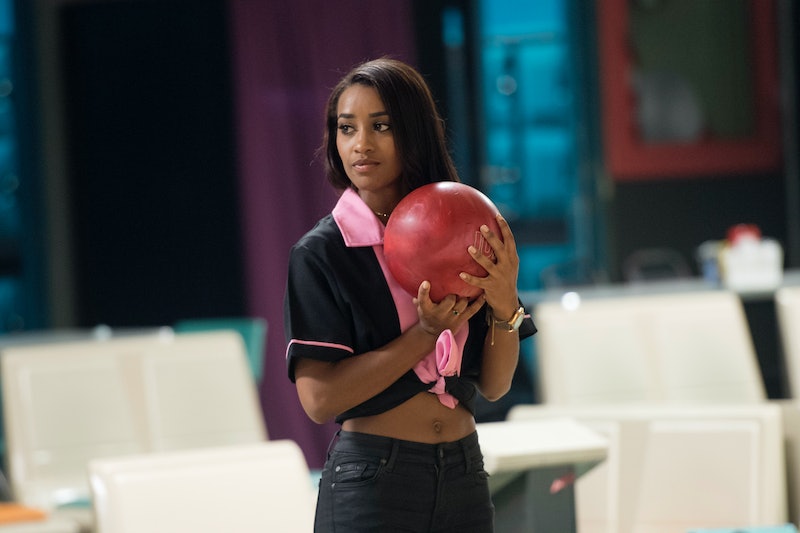 This season on The Bachelor (senior producer: Lindsay Liles), Seinne has largely stayed out of the spotlight, and that's probably a good thing. There's been plenty of drama around the house that she could've gotten in on, but she's been relatively laid-back and chill compared to some of the women us fans have seen this year. Arie has obviously taken to Seinne, as she's now in the final seven contestants. Filming reportedly wrapped for this season a few months ago, and while we can't know for sure until the finale if she was Arie's final choice, we still can try and see what Seinne is doing after The Bachelor.

Her Instagram suggests that she's been living it up in the time since filming wrapped, though she's also sharing a ton of flashbacks with the girls she apparently befriended this season. Seinne has shared photos dancing around for New Year's Eve — her favorite holiday, according to her Bachelor bio — because it's good for "new beginnings and lots of champagne," striking poses on the beach and sipping coffee in gorgeous dresses. Her social media presence showcases a life of glamour and adventure, and it's one that anybody would envy. Judging by her posts, it seems like Sienne is living her best life, with or without Arie still by her side.

She's also been zipping off to places like Disneyland, according to her captions, and spending lots of time with family — she's apparently aunt to several children who enjoy cheesing it up in her photos.

Seinne's also sharp as a tack — according to her Twitter bio, she graduated from Yale in 2012, and her LinkedIn profile shows that she recently started a new real estate venture in November after three years at another real estate company.

Seinne seems like a genuinely good, happy person, and it's awesome that she seems to have made so many friends — as evidenced by her many throwbacks with her fellow Bachelor contestants. It's great to see all of them get along even in an environment crafted from the beginning to pit them against one another. We've seen a lot of stereotype bucking this season — it's sad that the idea of adult women living in a home together tends to elicit an expectation of catfighting to begin with — so knowing that many of these women have become friends who support one another is an amazing thing.

Seinne was an early favorite to win, even from people behind the scenes of the show. Bachelor host Chris Harrison himself told People magazine that she was in his top picks for women to go far this season. "This girl is flat out impressive," Harrison said ahead of the premiere. "She’s incredibly intelligent and she definitely has this zest for life that Arie is in awe of. He’s a little bit mesmerized by her."

Seinne is one of the most mellow contestants we've seen this season, and it's obviously made a good impression upon some viewers. Former Bachelorette Rachel Lindsay even says that Seinne would be the perfect one to next fill her shoes on the sister show of The Bachelor. "I am rooting for for someone in particular," Lindsay said, speaking at the Go Red For Women Red Dress Collection Fashion Show on Feb. 8 in New York, according to a previous Bustle report. "I think Seinne is absolutely amazing. So I'm rooting for her. If not to win, then to be the next Bachelorette."

Lindsay's praise didn't stop there. "It is delightful to see Arie and Seinne have a pleasant conversation without interruption and too much kissing," Lindsay wrote in her Bachelor blog for Us Weekly. "Seinne is asking all the right questions and I appreciate that … and I think Arie does as well."

No matter what Seinne's end result is on The Bachelor, she's made an impression on people that will last a long time.