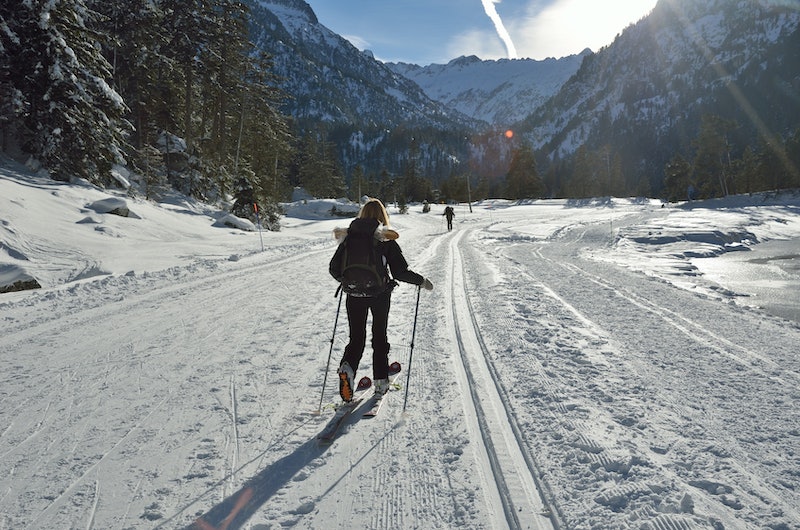 From getting cozy, to cleaning, to self-empowerment, Scandinavians seem to have this whole life thing figured out. You've likely heard of the self-care trends hygge and lagom, and maybe even the decluttering ritual Swedish death cleaning, but sisu probably hasn't made it to your radar yet. In Finnish culture, sisu (pronounced see’-soo) is about adopting the attitude of persistence and determination, according to Finlandia University.

"To the Finnish people, sisu has a mystical, almost magical meaning," the university explained on its website. "You might call it backbone, spunk, stamina, guts, or drive and perseverance. It is a measure of integrity that surpasses the hardship and sees through to the end." Seriously, with the past few years feeling like one continuous dumpster fire, we're all going to need to embrace sisu to survive. It's kind of like that quote from Winston Churchill, "If you're going through hell, keep going."

Sisu is basically all about getting through the here and now versus working toward long-term goals. Because, let's face it, sometimes it feels like today is all you can handle.

"To describe the difference between sisu and other constructs which denote tenacity but relate more to the duration of the task, one could say that ‘sisu’ begins where perseverance and grit end," Emilia Lahti wrote on Medium. "It is the ‘second wind’ of mental toughness after the individual has reached the end of their observed mental or physical capacity."

According to Lahti on the Sisu Lab, "the word is derived from ‘sisus´, which quite literally refers to the physical internal organs of a human or animal body (literally its ‘guts’)." This explains why people often say things like "that takes guts" when referring to a sticky situation. Additionally, the term guts may have become commonplace because ancient Greek philosophers believed that human emotions resided in the bowels, or the guts. "Whereas ‘having guts’ primarily refers to displaying the courage and audacity to do something risky, ‘having sisu’ has the added dimension of doing so with integrity, honesty and humility," Lahti explained. It's kind of like a combination of determination and emotional intelligence.

So, just how can you make sisu work for you? This empowering concept can be applied to almost any challenging situation. From surviving a plane ride where everyone is throwing up to getting through a difficult family or work situation to dismantling the patriarchy, adopting sisu is the secret to pushing through all of these obstacles. "Having sisu’ is epitomized by those people in your life who you know you can count on to fix things, stay strong, do a good job (even if no one is watching), and who never seem to give up," Lahti noted.

Sisu is Lady Gaga starting her career over after being dropped from her first label. It's Rose McGowan speaking out about sexual predators in Hollywood when no one wanted to listen. It's activist Malala Yousafzai fighting for education rights for women and girls after she was shot by the Taliban. It's doing what's necessary even when it's difficult. It's using your voice when it's easier and safer to stay silent.

"In Finland, as the saying goes, we ‘go through even a grey rock.’ Arctic nature has given us guts — or ‘sisu’ as we call it," the website This Is Finland (which lets you download sisu emojis) noted. "It’s about not giving in — even when it might be wiser to do so." Giving up is always easier than seeing something through, but for people with sisu, lying down and allowing themselves to get run over is not an option.

Lahti summarized that sisu encourages you to transform the way you view your opportunities and abilities. Kind of like what Tom Hank's character Jimmy Dugan said in A League of Their Own: "It's supposed to be hard. If it wasn't hard, everyone would do it. The hard is what makes it great." Getting through things that are difficult in the moment can propel you forward like a boss. Almost everything worth having is hard at first, which is why you just have to keep going if you want the reward. So, may the sisu be with you, my friendlies. And, remember, when you're in a tunnel, there is light on both sides, even if you can't see it.