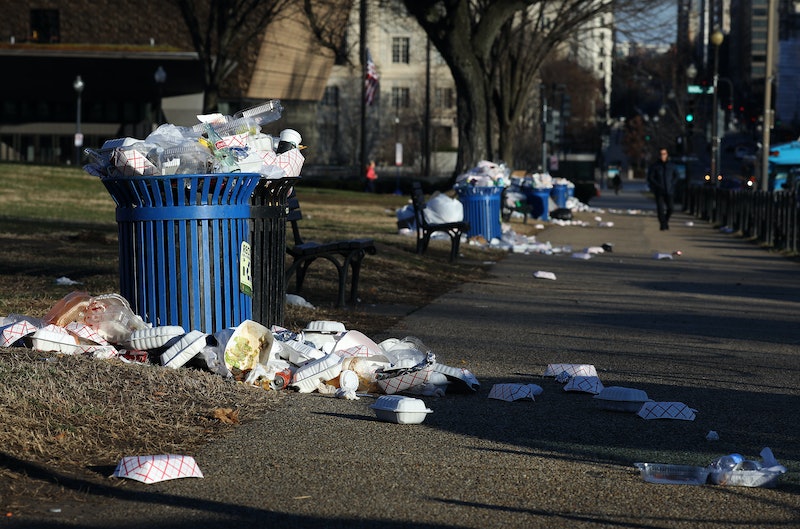 In the age of the social media and the internet, viral challenges have become pretty commonplace. However, as more and more challenges continue to surface online, things are becoming increasingly silly and even dangerous. Thankfully, there's now a new challenge that might able to change that, using the power of the viral internet for a good cause. But what is the #Trashtag challenge, and what is it asking participants to do?

While some internet challenges over the years have been hilarious (like the Bean Boozled Challenge in which participants play Russian Roulette with strange flavoured jelly beans) and charitable (who can forget the Ice Bucket Challenge?) others have been nothing short of dangerous. Late last year, after the release of Netflix's popular film Bird Box in 2018, a challenge of the same name was born encouraging people to blindfold themselves while acting out scenes from the film. This eventually led to a car crash, and Youtube went on to ban the challenge from their platform.

Needless to say, internet challenges have got a bad wrap in the past for being self-serving at their best and lethal at their worst. But the #Trashtag challenge is different. This challenge encourages people all over the world to go out and clean up public spaces, posting before and after pictures of their work. Not only do those participating get a sense of fulfilment, but, more importantly, they are get to help the environment and their local communities by cleaning up the trash.

The challenge was said to have started back in 2015 but has recently resurfaced through a viral post on Facebook. In the post, Byron Roman said: "Here is a new challenge for all you bored teens. Take a photo of an area that needs some cleaning or maintenance, then take a photo after you have done something about it, and post it." The post has now been shared almost 330,000 times.

Sustainability and looking after the planet has never been more critical. According to National Geographic, "some 18 billion pounds of plastic waste flows into the oceans every year from coastal regions" and The Word Counts estimates that "by 2030 the amount of household waste will almost double to 3000 million tons annually." Clearly, something has to be done. The #Trashtag challenge is the type of direct action needed to combat the huge amount of waste dumped by humans.

One #Trashtag participant cleared up a whole beach, while others have cleaned up highways and even mountain sides. Although there are some grand displays of the #Trashtag challenge, other participants are also encouraging people to start off small. One Twitter used said: "We can join in this #trashchallange by holding on to that tissue, water bottle, banana peel etc till you see a dustbin. It doesn’t have to be big. Start small."

The challenge is simple and something everyone can do — it only requires some bin bags and the will to help out. Hopefully this is the start of a new shift in viral challenges; instead of being used for cheap thrills, perhaps now the power of the internet will be harnessed for good causes.