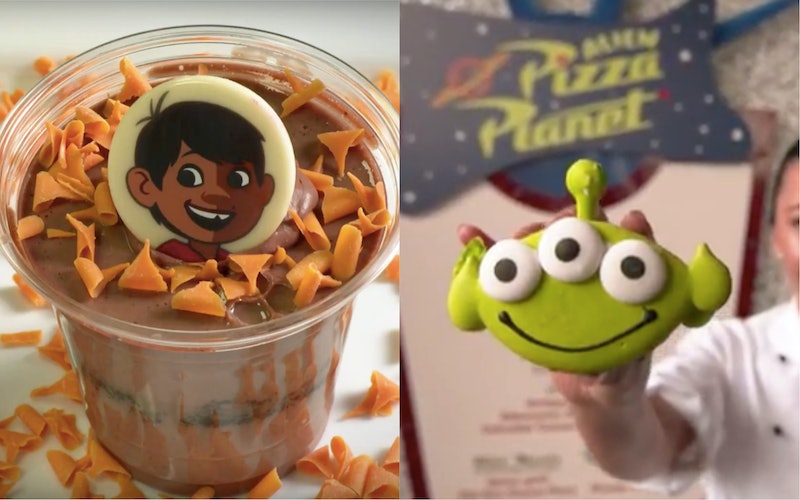 For everything that exists, there are countless people behind the scenes who bring it to life. Often these people are uncredited; rarely do they receive much due acknowledgement and praise. It is nice to see a massive, international company take steps to do this. Last Friday, the Disney Parks Blog published the latest addition to its series entitled "Every Role is a Starring Role," which highlights the work of some of the parks' most influential figures. This latest entry explores what it's like to be a pastry chef at Disney, which follows the day-to-day life of Chef Gracie Gomez.

Next to the attractions and life-sized characters, the fare served is perhaps the most popular feature at Disney's theme parks (of which there are eleven worldwide). With over 100 total restaurants at Disneyland (the Burbank, California location) alone, there are easily thousands of employees whose duties focus entirely on food. Menus change often to honor special events, and extra attention is paid to making snacks both palatable and photogenic. With Disney's celebration of Pixar Fest taking place now until this Fall, the pastry team is operating in overdrive to design and execute sweet treats reminiscent of some of Disney's greatest films.

Chef Gomez, whose official title according to her chef uniform is, "Assistant Pastry Chef," narrates the video that accompanies the blog post. She promises guests are "in for a treat" with the celebration of Pixar Fest, and guides viewers through the pastry team's role in organizing an event like this. "Here at the Disneyland Resort," she explains, " I am actually a member of a team that oversees the production facility known as the central bakery." Her facility essentially, as she puts it, "does all of the desserts for both parks and the hotels." With three hotels (in addition to the two parks) located in Disneyland — The Grand Californian, Paradise Pier, and the Disneyland Hotel— there are a lot of treats to be baked.

For Pixar Fest, Chef Gomez and the rest of the pastry crew have more on their plates than usual. In addition to the regular dessert menus, specialty features have also been added. The first she highlights is a verdant macaron that depicts a face of the three-eyed alien from Toy Story.

According to the Disney Food Blog, the macarons, "... are a lot like your traditional macaron with a light and airy texture... But the [purple] inside gets pretty fruity." They are available at the Alien Pizza Planet (a restyling of Redd Rockett’s Pizza Port in the Tomorrowland section).

Chef Gomez also notes she played a pivotal role in designing and later executing the Pixar Fest Celebration Cake. "I had a big role in creating the cake along with the teams from Pixar going back and forth just to make sure all the details were the correct, the colors were correct, and everything was accurate as possible."

Per Chip & Co., the Celebration Cake is perfect for guests who struggle to decide on only one dessert. It "has layers of lemon, blue vanilla, and red velvet sponge cakes with raspberry purée and cream cheese frosting," and is topped with a piece of chocolate that resembles the iconic Pixar bouncing star ball.

Chef Gomez began at Disneyland around eleven years ago. Her first role was as a candy maker, and now, in her words, she "...see[s] all the desserts that go throughout the resort." If there is one message she want to give to anyone who dreams of working at Disney one day, to go for it; "Get your foot in the door, take advantage of the programs," she encourages.

You can catch Pixar Fest and its cute themed treats at Disney theme parks until September 3.