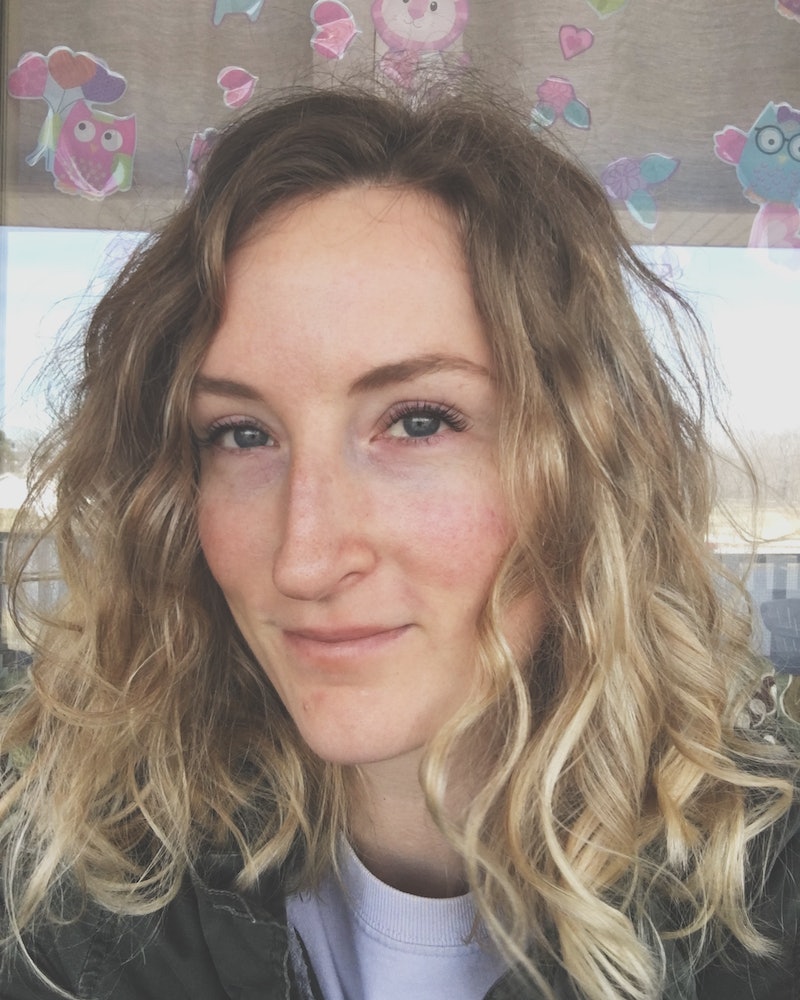 About 20 years ago, I had my first anxiety attack. I was seven years old at the time, and it came out of nowhere. Since then, I’ve gone through several phases with my anxiety. First, I was so scared of it that I tried to ignore it. Then I tried to pray it away. Then I berated myself for not being able to make it go away — even though I've since learned that anxiety won't ever go away without help. Then, when I finally started to accept that my anxiety is an actual illness, I started taking better care of myself. I kept a mental list of what made me feel better and what made me feel worse. I started exercising daily and spending more time outdoors. I stopped shaming myself for my anxiety quite as much, and I gave myself space to be an introvert when I needed to be. I’m still an incredibly anxious person much of the time, but I’ve learned a lot from dealing with anxiety for 20 years.

Of course, it should be said that anxiety is as diverse as the people who struggle with. What having anxiety for 20 years has taught me could be completely different from what someone else with anxiety might say about their life’s journey. Luckily, I’ve been fortunate enough to stay relatively high-functioning over the past 20 years, and I hope that writing about it might encourage other people who also struggle to maintain their mental health. Here's what I've learned after dealing with anxiety for 20 years.

I started working with a therapist via Talkspace less than a month ago, and I already feel better. The depressive symptoms I was feeling a few weeks ago have lessened, and even though my anxiety is still pretty high, I feel a little less hopeless about it.

Everyone's different, but for me, I think it's important to have someone outside of my loved ones to talk to about my mental health. Plus, as a trained professional, my therapist can help me in a way that my friends and family simply can't. I feel like therapy is holding me accountable for my mental health in an entirely new way. I wish I'd done it sooner, but therapy ain't cheap.

It's OK To Use Medication

When I was growing up, a lot of adults told me that drugs were my enemy, and I believed them. But now that I've had a couple of decades to deal with anxiety and depression, I think it's downright dangerous to suggest that people who are mentally ill shouldn't take medicine for it. You wouldn't tell someone with malaria not to take their pills, and someone with malaria would never feel guilty for taking them. This is part of how you stay alive. Remember to always consult with a mental health professional if you want to start or adjust a medication regimen.

It's Crucial To Find Coping Strategies That Work For You

This might sound dramatic to anyone who's never experienced severe anxiety or depression, but I'm not 100 percent sure that I would still be alive if it weren't for my various coping methods that I've been collecting since childhood.

What works for me might not work for everyone, but if I couldn't get outside, take long walks, write, read, drink anti-anxiety teas, spend time with animals, or spend time alone before loud parties, I wouldn't be able to function the same way I do now. Everyone's coping methods are different, and it's important to find out what works for you — and remember to use it.

When I was a little girl, I literally thought my anxiety was the direct result of demonic forces messing with my mind. This concept was preached to me by my faith community at the time, who genuinely believed mental illness is akin to demonic possession. Now I know they were wrong, but it was terrifying when I didn't.

I remember having my first brush with panic at seven years old, and my first depressive episode at twelve, but I didn't actually realize that anxiety and depression often coincide until I was in my twenties. According to the Anxiety and Depression Association of America (ADAA), nearly 50 percent of Americans who are diagnosed with depression are also diagnosed with anxiety. Fortunately, there's a wealth of resources out there for those of us who deal with both.

I wish I could find a way to explain to every single human that anxiety isn't the same thing as stress or worrying too much. I wish I could make people everywhere understand that mental illness isn't a choice, that it can actually be hereditary, and that it comes with physical side effects. It bums me out that people might think I write about anxiety to get attention or pity. Unfortunately, though, I've learned over the years that there will always be ignorant people. Some people don't want to be informed, and I can't change that — but I can let it go.

You're More Capable Than You Think You Are

I've been anxious as hell about almost everything that I'm proud to have done. Whenever I sit down to write an article, I usually don't feel like I have it in me until it's finished. When I briefly moved to Brooklyn a while back, I figured there was a 50/50 chance I'd hate it, but I tried it anyway.

What I've learned is that usually, everything works out just fine. So even though I still don't feel capable most of the time, I'm starting to realize that I can actually handle quite a lot when I need to. I've also realized that it's crucial to do things that scare me, because as an anxious person, I'm often irrationally afraid to do the exact thing that I need/want to do.

Some of my exes treated me poorly, and I think it's fair to say that was sh*tty of them. That said, every single guy I've dated has talked me down from at least one anxiety attack, and I know from experience that can be a stressful thing to do for someone. So even though I know I'm deserving of love, I realize that dating someone as anxious as I am must be challenging at times — but thankfully, it's a challenge that can definitely be overcome.

It's OK To Be Selfish Sometimes

I still feel somewhat guilty when the walks I take to curb my social anxiety make me late for other commitments, but the longer I live with anxiety, the less guilty I feel about prioritizing self-care over other things. If I haven't been sleeping well, I will shamelessly turn down any and all requests to hang out until I've caught up on rest — because sleep loss and anxiety are cyclical, and I need to stay well. If my roommates invite me to a party of all new people on one of my long writing days, I will gently let them know that I probably won't have the mental energy to socialize that night. The fact is, dealing with mental illness is a lot of work, so taking care of my mental health has to come before punctuality or time with friends.

Many Brilliant People Have Struggled With Severe Anxiety

I used to feel like my anxiety made me a giant weirdo, but I'm beginning to understand that it also makes me unique. Not only have scientists found a link between anxiety and high IQ, it's a fact that some of the most brilliant people have struggled with anxiety. Charles Schulz, Emma Stone, and Frida Kahlo all suffered from anxiety, and they're some of the most inspiring people I've ever heard of.

Whether you struggle with anxiety or you read this article with loved ones in mind, it's important to acknowledge that anxiety is a real illness that affects millions of people. Although we're beginning to see the stigma around mental illness lessen a little, our society still has a long way to go before mental health-based discrimination is a thing of the past. So please speak up about why mental health matters as much as you can. If we don't make it OK for mentally ill folks to ask for help, more people will suffer, and there's literally no reason for that to happen at all.